On this day of love, accept me for the way I am 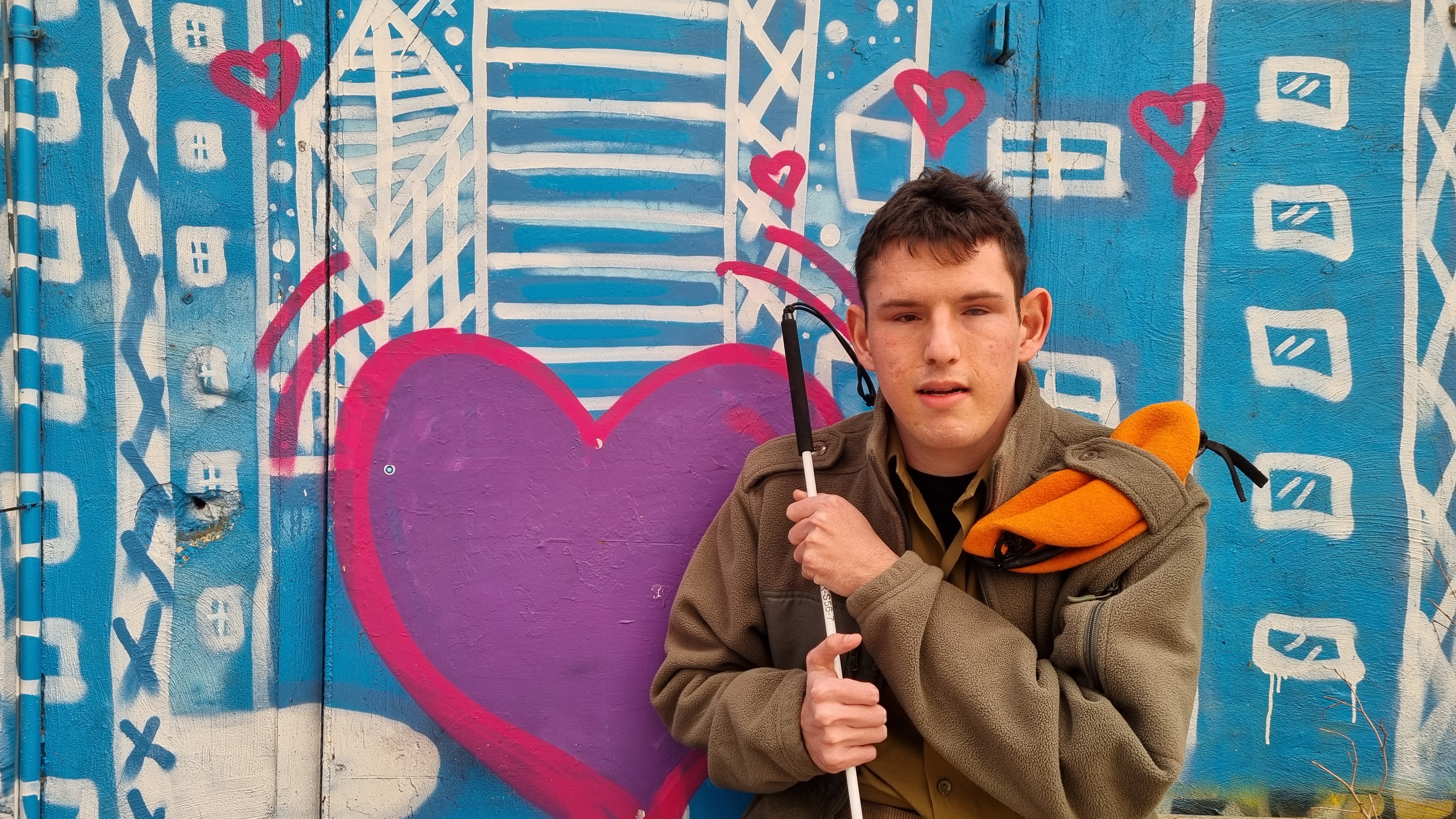 On this day of love, meet Daniel Defur, a soldier in Jewish National Fund - USA‘s affiliate, Special in Uniform.

"I'm looking for love. Unfortunately, along the years, I had several relationships that left me with a broken heart. In my last relationship, which lasted four months, I told my partner that she must accept me for the way that I am... for better or worse, and so she did at the beginning, but after four months she decided to break up with me because of my blindness, even though she was visually impaired as well.

I can't change the fact that I'm blind. It makes me angry that sometimes people tend to forget that this is not the only thing that defines me. I have a huge soul and I have a lot to offer to a partner so I need to find someone who can see above my blindness.

If there is something that I learned from Special in Uniform is that we can't give up on our dreams because one day they could become a reality. I fulfilled my dream against all odds to become an Israel Defense Forces soldier. I believe I will find true love.

I'm honest, optimistic, and have happiness that most seeing people don't have, so in that regard, I have a lot to offer to my future girlfriend. I'm sure we will laugh, have great talks, and will be like any other couple. Someone once told me that finding your soul mate is like the parting of the red sea so I'm pretty optimistic...

I managed to be drafted to the IDF and to have a meaningful service, even though I'm blind. I'm sure I will also find my love.

The biggest challenge I had in Special in Uniform was to prove to the #IDF that I can be enlisted. I remember I told the army doctor in tears that if they won’t draft me, they are breaking my dream so you could only imagine how thrilled I was when I got the first draft letter. When my mother read out the draft letter – I literally screamed '#Shehecheyanu!'

That was the moment when I felt I was like everyone else.

February is Jewish Awareness, Acceptance, and Disability Month. Every gift made to support Jewish National Fund-USA's work with people with special needs will be matched, up to $1 million, through February 28. Double your impact by donating here:  jnf.org/jdaim

Reposted with Permission from Humans of Tel Aviv