Power of Women spotlight on Nina Paul: 'Together we can create miracles' 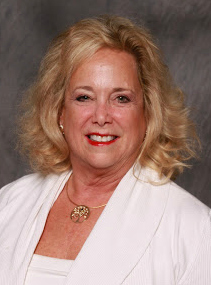 Throughout May, we're celebrating the women who make Jewish National Fund what it is. Today in our Power of Women series, we talk with Nina Paul, JNF Women for Israel president and an entrepreneur from Cincinnati, Ohio.

Why did you first get connected to JNF?

I first got involved in with JNF 30 years ago when I moved from Los Angeles to Cincinnati (for my future husband). I needed to find friends who shared a common passion -- Israel. I have been actively involved ever since.

Did you grow up with involvement in Jewish life/organizations?

I grew up in a very Conservative Jewish home. I was active in my Hebrew school and Sunday school. While in high school, I was fortunate enough to attend Camp Ramah in Ojai, California, for two months after ninth grade. Following that experience, I enrolled in the Los Angeles Hebrew High School, an after-school program, raised the most money for a Walk for Israel on Independence Day, and went to Israel the following summer with the Los Angeles Hebrew High School for an intense 10-week program of study, work and touring.

I fell in love with the country and its people. When I returned home, I began working to save up enough money to return the following summer. I went with a small group to volunteer on a kibbutz for a month and backpack throughout Israel for the second month -- at 16! When I returned home, I became an advisor and then a director of USY at Adat Shalom Synagogue in Los Angeles.

I knew I needed to get back to Israel and planned to go for my junior year abroad through UCLA. That ended up turning into a two-year program where I studied the first year at Hebrew University and the second at Haifa University. During my second year, I spent six months working on a kibbutz while attending classes at Haifa University. I thought I was going to make aliyah, but I was convinced to return to the states to do my masters in marriage and family counseling. As it turned out, life has a way of interfering, and instead of moving from Los Angeles to Israel, I made a detour to Cincinnati!

What does the idea of 'girl power' mean to you?

As a woman entrepreneur for 30 years, I know firsthand the power of women, especially as it was a man's world when I started. It is our passion and need to succeed that has created the largest philanthropic group in the country. There is a natural bond among women and together we can create miracles.

If you could teach one lesson to the next generation about being a woman involved in the Jewish community, what would it be?

I believe that I have taught my children, through being a role model, that we must think
beyond ourselves and especially take on the role of landlord, to the utmost extent, of our precious state of Israel. My daughter exemplifies the lessons I have taught her by making aliyah four and a half years ago and is presently serving out her fourth year in one of the Israel Defense Force's intelligence units.

Do you think women's giving differs from that of men? If so, why?

I believe that women give to a cause where they can actually see the difference they make in the quality of life of others. Most men tend to give because someone has asked them to.

Is there an area of JNF that touches your heart more than another?

Back in 2004, I brought the area of disabilities to JNF. Through a local Cincinnati foundation passionate about inclusion, we were able to create, together with JNF, the Manual and Rhonda Mayerson Inclusive Park project. All parks from that time forward were, and are, built with inclusiveness as the top priority. Other parks are being retrofitted as money allows.

Through establishing our first prototype park in the Jezreel Valley, Nahal Hashofet, I met Amos, who introduced me to Lotem, a nature reserve next door to our first inclusive park. Lotem offers programs in nature for all people with disabilities. Recently it has established a program for abused women who live with their children in 13 shelters throughout Israel, allowing them to enjoy a day in nature, free from fear and abuse, building up their trust and self confidence and helping them to repair the parent child relationships as well.

Grofit, a therapeutic horseback riding program enhances the lives of so many people with disabilities.

Aleh Negev, a state-of-the-art residential and outpatient rehabilitative facility in the Negev, that helps the most severely disabled individuals from birth to death, is another JNF partner where women have made a tremendous difference. I had a son, Max, who recently passed away at age 21, from complications of a brain tumor resected 13 and a half years ago. We needed to send our child, at age 9, to a residential rehabilitative facility as there was nothing here in Cincinnati. He was at three different facilities throughout the country and nothing compared to Aleh Negev!
PLANT TREES IN ISRAEL