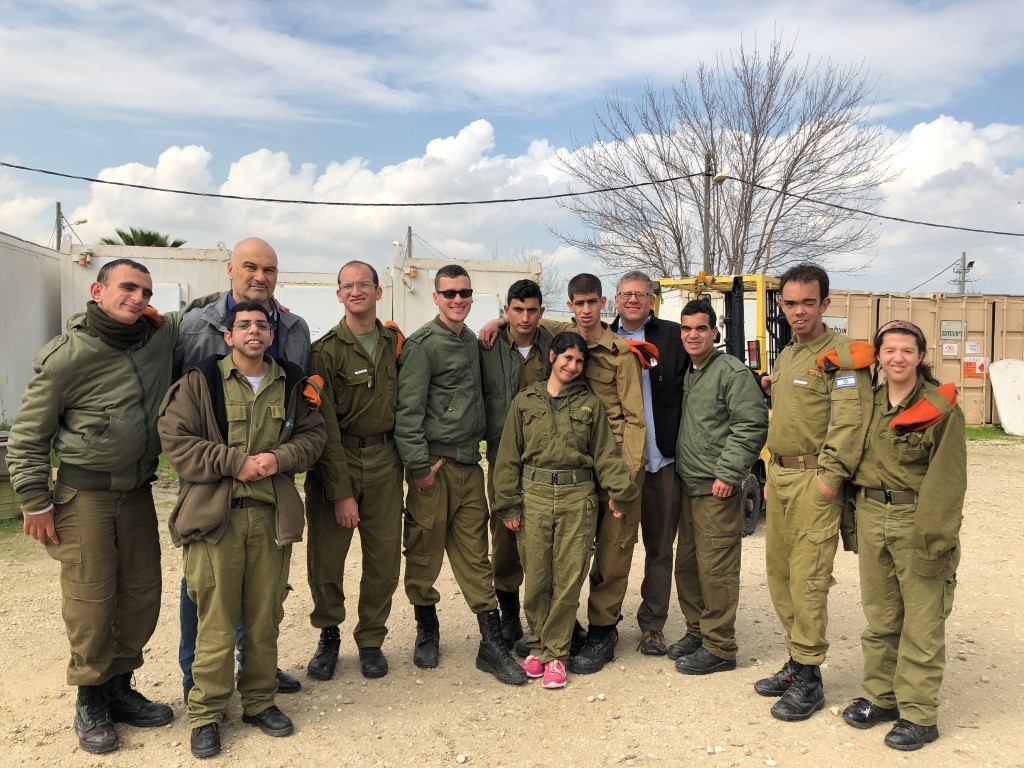 The biblical Book of Numbers, chapter 4, repeatedly describes the ancient Levites’ sacred service in the Mishkan (the desert sanctuary) in a rather nondescript manner:

“All who are subject to service in the performance of tasks for the Tent of Meeting.”

A close reading of the few verses that describe the Levites’ work requirements in this way reveals two intriguing things.

First, the literal translation of the Hebrew for the words, “subject to service,” - kol ha’ba latzava - is “all who enter the military.”

The Levites were not included in Numbers’ military census because their sacred work precluded them from doing so.  Nonetheless, the Torah recognizes their work as no less critical to the work of “God’s forces” than the work of active Israelite soldiers.

Second, when describing one Levitical family – the Gershonites – the Torah slightly varies the Hebrew for these words, “subject to service.”

Rather than write “kol ha-ba latzava,” the Torah writes, kol ha-ba litzvo tzava.”  This additional form of the Hebrew verb tz-v-a, “to serve in or command an army,” doesn’t really change the figurative English rendering, “subject to service.”  However, for Torah interpreters every additional or superfluous word has meaning, and this additional word is no exception.  A number of commentators point out that this one-word addition alludes to the unique task of the Gershonites as singers whose music brought the community together.

The Gershonites didn’t fight on the battlefield, but they were no less distinguished and vital a group within the Israelite army, in peace time and during battle.

As I learned on a visit to Israel this past February, the men and women of Special In Uniform, (Gedolim B’Madim) - a program working with the IDF to train soldiers with special needs - are Israel’s Gershonites. Army conscription and service remain the main ways in which the majority of young Israelis integrate into society as adults.  Special in Uniform recognizes that its young Israelis have the right, the obligation and the capacity to be fully functional soldier-citizens in ways that are accessible and dignified.

Visiting with the enthusiastic recruits of Special In Uniform, I was deeply inspired by what I found to be most special about them: the fact that they weren’t “special” at all, just people doing their jobs, serving Israel, and living their lives like any typically developed soldier.  As a rabbi, I have become increasingly sensitive to where Judaism and the Jewish people need to do a much better job of honest, respectful inclusion of every member of our people. How much prouder could I be as a Zionist, a JNF-USA Rabbi for Israel, and a JNF regional board member by how Special In Uniform has led the way in this sacred task of inclusion?

I’m honored to have met the soldiers of Special In Uniform. I strongly urge my colleagues across our diverse religious landscape to join Rabbis for Israel, to become more connected to programs like this one, sponsored by JNF-USA.

Dan Ornstein is rabbi at Congregation Ohav Shalom and member of the JNF board of New York’s capital region.  He is the author of Cain v. Abel: A Jewish Courtroom Drama (JPS 2020).