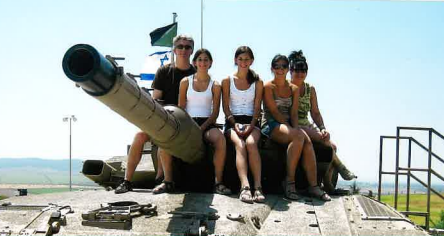 I grew up in a small town with about 200 Jewish families. My father served as president of our synagogue for many years, and several times, we hosted the annual UJA campaign. However, Israel was never a big topic of conversation. To whatever degree it was discussed, it was simply "Israel’s right and we need to give unconditional support."

My parents had never visited Israel. In college, I was never involved with Israel advocacy or even took a class on the Middle East. I was a political science major and focused on being active with political campaigns. After college, I spent six years working for a variety of candidates running for the United States Senate. Israel was never a part of this equation.

After finishing up what turned out to be my last campaign, I needed a job. My wife had just given birth to our first child. Political campaigns had not yet started hiring and I needed income now.

Then a defining moment in my life occurred. I was offered a job with an Israel advocacy organization. It needed someone with political experience, and I needed a job. When I took the job, I assumed I would hang out for six months to a year while I figured out what to do with my career.

On the first day of the new job my boss discovered much to her horror that I did not know ANYTHING about Israel or the Middle East. She knew I could not be exposed to activists in the organization, but she had a plan for me. She put me in a janitor’s closet and kept giving me reading material. The first half of the day was spent reading, and the second half of the day was talking to colleagues who had Ph.Ds in Middle East studies. This went on for over two months. It was a crash course on the history of Israel and the Middle East.

I don’t remember the exact date, time or place, but during this time in the janitor’s closet I fell in love with Israel and the history of Zionism. It was the first time I remember really being proud to be a Jew. I was never ashamed, but when I connected the history of Jews with the story of Israel I couldn’t help but swell up with pride. 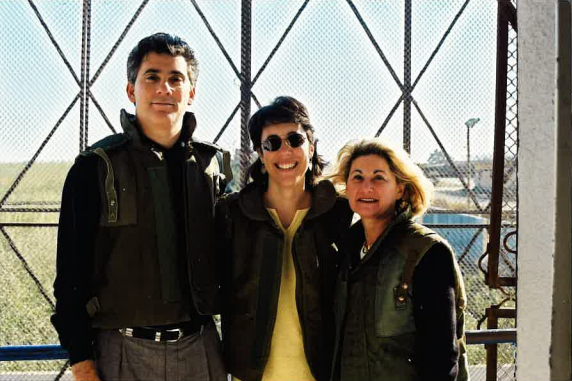 Finally, age of 31, I took my first trip to Israel (seen in the photo above). Like most people I will never forget my first time landing at Ben Gurion Airport, clapping and cheering as the plane landed and walking down the stairs to the tarmac and then onto the tram. It was magical because I remember the feeling like it was yesterday I felt... home. I didn’t know a single Israeli and had no relatives living in Israel but instantly felt a connection to everyone around me. The Israelis' spirit and love of their country captures my heart every time I visit.

It was during this trip that I realized that I had discovered my purpose in life: to work every day to secure Israel's safety and future and do whatever I can to help the land and people of Israel have a better tomorrow. The mission of Jewish National Fund allows me day in and day out to fulfill my raison d'être.

Mark Moskowitz is the National Campaign Director for Jewish National Fund-USA's SouthEast & Florida regions. He lives in Atlanta, Georgia with his wife.