One visit to Israel, one change in my life trajectory 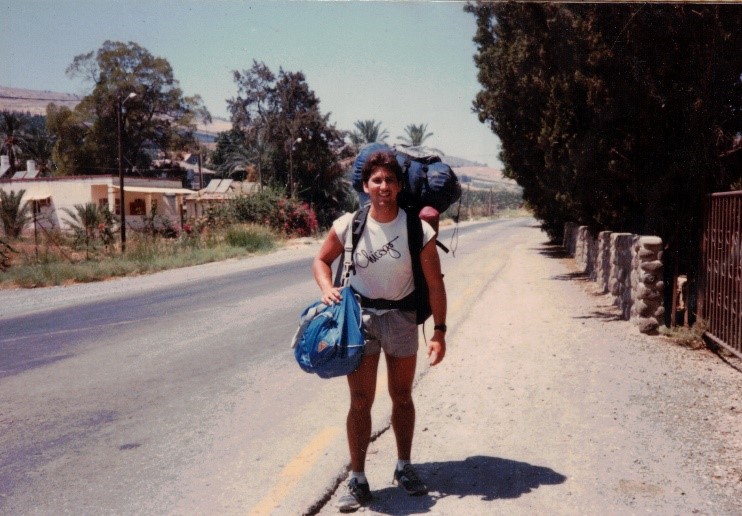 I was not raised in a Jewish home. In fact, until I was 19, all I knew from anything Jewish was from watching “Fiddler on the Roof” and “The Ten Commandments” at least once a year on television. As a Navy Midshipman and sophomore at the University of Southern California in 1986, I was getting a bit bored with the routine and decided I needed to expand my horizons. Thus, I applied for a summer program in the Soviet Union. You may recall that, at that time, there was a “Cold War” involving the US and the USSR.  Hence, the Navy turned down my travel request. They did, however, provide a list of countries to which I would be allowed to visit – and Israel was at the top of the list.

Although I spent my eight weeks of Navy training reading up on as much of ancient and contemporary Israeli history as possible, I truly had no idea what a treat I was in for. The organization I was with, Israel Opportunities, was dedicated to taking non-Jewish college students to Israel for a six-week visit – and not as a formal tour, but to meet Israelis on the beach, in their homes, and on the trail – and that is exactly what happened. I met fantastic Israelis of all varieties at restaurants, museums, block parties, theaters and campgrounds – all while shopping or just walking down the street. In fact, I was invited to live with a family in the German Colony section of Jerusalem for 2 weeks!

But, it was in the Tavor home that the foundation of my love for Judaism and Israel was permanently set. By the time I flew home, my life trajectory had been changed. Over the next fifteen years, I learned Hebrew, became very involved in synagogue and Jewish communal life, converted to Judaism, returned to Israel several times, and was blessed with three Jewish daughters – all of whom made trips with their dad to Israel the year before for their respective Bat Mitzvahs. 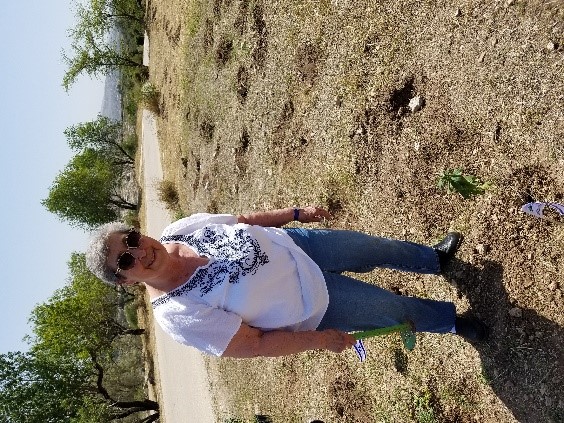 Fast-forward to 2018. I played tour guide for my mom and her best friend on their first trip to Israel. My father (z’’l) had always wanted to go to Israel, and we had a trip planned for 2015 but the cancer was very aggressive. Thus, the trip with my mom was one of both memorial and renewal of our relationship in this new reality as a family.

What does one do to honor the memory of a loved one when visiting Israel? One plants trees, of course! We made our reservations with the JNF tree planting center at Neot Kedumim and planted 10 trees in memory of various family members.  Just over 12 months later, I was in the midst of applying for a relatively new position at JNF – Director of Small Community Outreach – that would take advantage of both my love for Israel as well as my PhD work in small Jewish communities. When I told mom that this job would be a fantastic career opportunity she exclaimed, “That’s wonderful! Can we go plant some more trees?” She then added, “Your dad would be proud of you.”