A New Path for People with Disabilities

Lynne Merriam has been a staunch supporter of the disabled community ever since her son was born.

Merriam is a Jewish National Fund-USA (JNF-USA) World Chairman’s Council member and the president of JNF-USA in North Florida. Her son, Rod Keskiner, was critically injured at birth and diagnosed with cerebral palsy. He is non-speaking and writes only with great difficulty, but still surmounted all of his deficits and graduated from college. 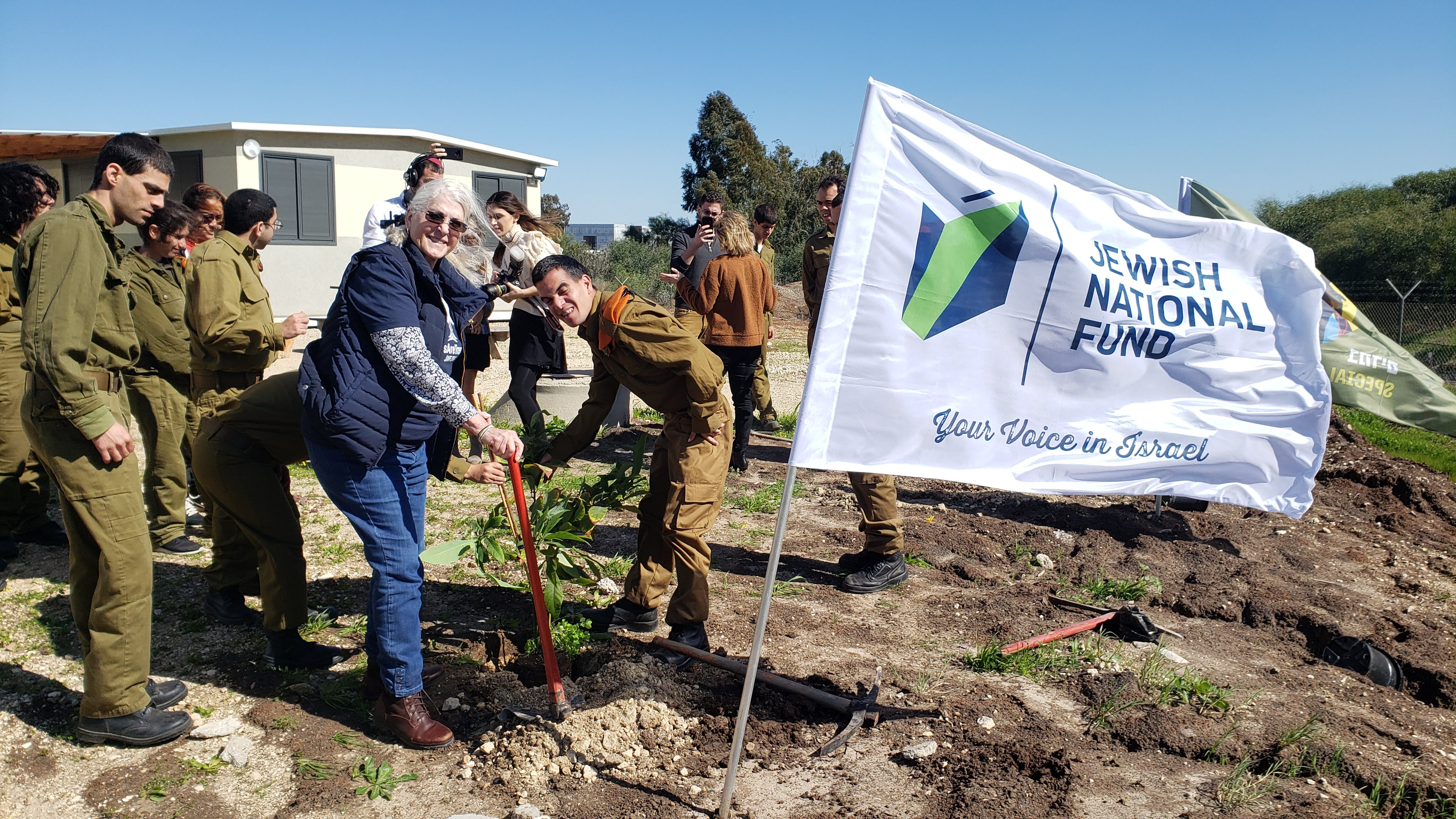 Lynne Merriam plants a tree with members of Special in Uniform

Keskiner was also a member of JNF-USA’s affiliate, Special in Uniform, and was an honorary inductee into the Israel Defense Forces (IDF). Special in Uniform, a program unique to Israel although currently being replicated in the U.S., enables people with physical and mental disabilities to serve and volunteer in the IDF.

“He had an induction in Israel, he has a uniform,” Merriam said. “When we go to Israel, he goes to the base, and he feels very much a part of it.”

Special in Uniform achieved an important milestone last month, when Daniel Defur became the first blind male inducted into the IDF. Defur began going blind just after becoming a Bar Mitzvah at 13, and had fully lost his sight by age 15.

Daniel Defur was inducted into the IDF in July, 2020

“It is always harder to lose an ability than be born without an ability,” Merriam said. “But he has adapted very well. Daniel is very bright, and he does speak English beautifully, so he’s a wonderful spokesman for the program. To have him become a soldier was the culmination of everybody’s hopes and dreams.”

“It’s very rare that a blind person will get to the army,” Kahana said. “Yet, Daniel Defur wants to be like everybody else. The army was convinced that Daniel had this potential, and he fulfilled his dream. This is a breakthrough because from now on, many soldiers with sight impairment will follow Daniel’s inspiration and also will apply to the army.”

Merriam said JNF-USA helps maximize her philanthropic impact. And although the coronavirus pandemic has made it harder for her to connect with the organization’s partners, she knows that better days are ahead.

According to Merriam, many Americans find it hard to understand how big a part of Israeli society and culture the IDF is — some young adults choose to do other forms of national service, however, more than 90 percent of 18-year-old Israelis go into the IDF.

“It molds the rest of their lives,” Merriam said. “For people who were disabled and just told, ‘you can’t do this,’ it was very sad. If you go to these inductions and you see the parents, they’re all crying. It means so very much to them to see their child, who they thought would never have an opportunity to belong and be part of this, to now be a part of it.”