When Simchat Torah begins in Israel, Naftali Aklum will be celebrating the holiday at the Shavu Banim synagogue in Beersheba – “the first synagogue of Ethiopian Jews built outside Ethiopia,” Aklum said. 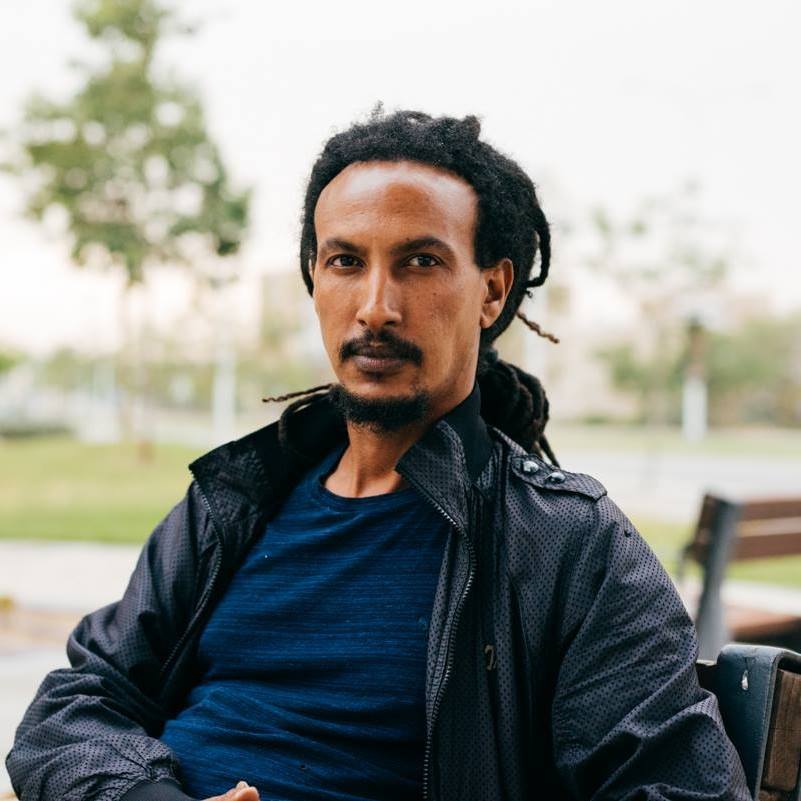 He will dance with the Torah scrolls, enjoy Ethiopian music and eat a festive meal, as is custom for the holiday marking the end of one annual Torah reading cycle and the beginning of another.

However, while Ethiopian Jews in Israel celebrate Simchat Torah today, it was not always this way, according to Aklum, an Ethiopian Jew residing in Beersheba, a city in the Negev that is home to a large Ethiopian community.

Isolated for centuries from the rest of the Jewish world, Ethiopian Jews did not have an Oral Torah prior to making aliyah (immigration to Israel), and thus they did not celebrate Simchat Torah.

“Ethiopian Jews believe they are the oldest Israelites,” Aklum said. “We left Israel right after the destruction of the First Temple and our customs are most similar to how they behaved during the First Temple period,” which predates the Medieval Period by about 1,000 years.

Ethiopian Jews began adopting beliefs and customs common among Jews around the world after migrating to Israel via aliyah missions from Ethiopia.

When Simchat Torah comes around in Israel on Oct. 9 – in Israel, Simchat Torah and Shemini Atzeret are combined into one day, while the holidays take place over two consecutive days in the diaspora – Ethiopian rabbis, known as kessim, will lead the festivities, and the prayer and singing will be recited in the ancient Ethiopian language of Ge’ez.

Aklum is one of approximately 150,000 Ethiopian Jews living in Israel today. He arrived in Israel in 1980 at the age of one via Sudan, following in the footsteps of his late brother, Ferede, who is credited with setting in motion Operation Moses, which brought more than 8,000 Ethiopian Jews to Israel from 1984-1985.

Aklum served as a consultant on the 2019 Netflix film, “Red Sea Diving Resort,” which depicted his late brother’s effort to bring Ethiopian Jews to Israel, and he gives lectures, workshops and tours intended to educate about Ethiopian Jewry.

Since their arrival in Israel in the 1980s, Ethiopian Jews have attempted to integrate into the larger Israeli society beyond adopting Jewish holidays. This has not always been easy, according to Shosh Mitzman, director of resource development at MAKOM Communities and a liaison between MAKOM and Jewish National Fund-USA.

“As much as Israel is an immigrant country, it doesn’t always get the integration process right,” Mitzman said. “The Ethiopian community has come a long way in integrating into Israeli society, but there is still much work to be done.”

MAKOM, an on-the-ground affiliate of Jewish National Fund-USA, is focused on empowering communities, including Ethiopians, in some of Israel’s most underserved areas, particularly in the Negev and the Galilee.

The organization has been affiliated with Jewish National Fund-USA for the past seven years and currently works with nine Ethiopian communities in the south and one in the north.

Acknowledging that Ethiopians were farmers before their migration to Israel, MAKOM’s Ethiopian Hineni communities – located in southern cities Ashkelon and Kiryat Gat, among other places – have developed urban agriculture initiatives in which younger generations learn from their elders about connecting to the land.

MAKOM’s support for Ethiopians – and the more than 200 communities it works with across all sectors of Israeli society – also comes in the form of fundraising; serving as a voice in the Knesset, Israel’s parliament; and providing professional training.

The mission of the organization, Mitzman said, is multifaceted.

“MAKOM is all about people and making lives better throughout Israel.  This is something that is harder and harder to find in the modern world. Members of MAKOM Communities choose to live a simple but more meaningful life. We purposely choose to move to the frontier of Israel, to the periphery, because we see the potential. We come as a strong community choosing to live in a place, focused on creating better lives for all who live there including quality education, employment opportunities, arts and cultural events,” she said. “We are modern pioneers!”

This Simchat Torah, Jewish National Fund-USA is honoring Israel’s Ethiopian community through the dedication of a Torah donated by thousands of the organization’s supporters through its Be Inscribed initiative. The Torah was recently completed by a sofer (scribe) on top of the ancient Jewish fortress of Masada and will be presented to Naftali Aklum in memory of his late father.