Israel as the Food Capital of the World

Jewish National Fund-USA is changing the narative in Israel's north through the Galilee Culinary Insitute by JNF, as MATT ROBINSON reports.

With the growing popularity of the Mediterranean diet and amazing Israeli-inspired restaurants like BonaPita in Boston and Zahav in Philadelphia, Israeli cuisine is becoming a hot plate and a world leader in food innovation!

Soon, Israel will also have one of the world’s best places to learn the restaurant and food-service business, as Jewish National Fund-USA (JNF-USA) prepares to open the Galilee Culinary Institute by JNF (GCI by JNF) (www.galileeculinaryinstitute.com), where the first cohort is scheduled to begin in 2022.

“This is not a cooking school,” JNF-USA CEO Russell Robinson maintained. “It is a full-blown culinary arts school!”

With help from an international cadre of industry professionals, including well known “celebrity” chefs, Robinson noted that GCI by JNF “will turn the upper-eastern Galilee into the culinary capital of the world.”

“This will be an opportunity to upgrade the culinary industry in Israel,” added Hanna Prizan, head of board of governors of Tel Hai College (which will be a partner of GCI by JNF),  “and to take advantage of the culture of the north.”

Prizan also noted that the Galilee is a prime growing area for the Seven Species mentioned in the Torah (Deuteronomy 8:8), the first fruits of which were the only acceptable offerings in the Temple.

In an interview with GCI by JNF’s Culinary Director Lior Lev Sercarz (and chef/owner of New York’s famed La Boîte), JNF-USA’s Israel Cast podcast host Steve Shalowitz cited Israel as the “food basket” of the Middle East and posited the purpose of GCI by JNF as being “to attract people to the area and to expand the influence of Israel on the regional and world cuisine stage.” 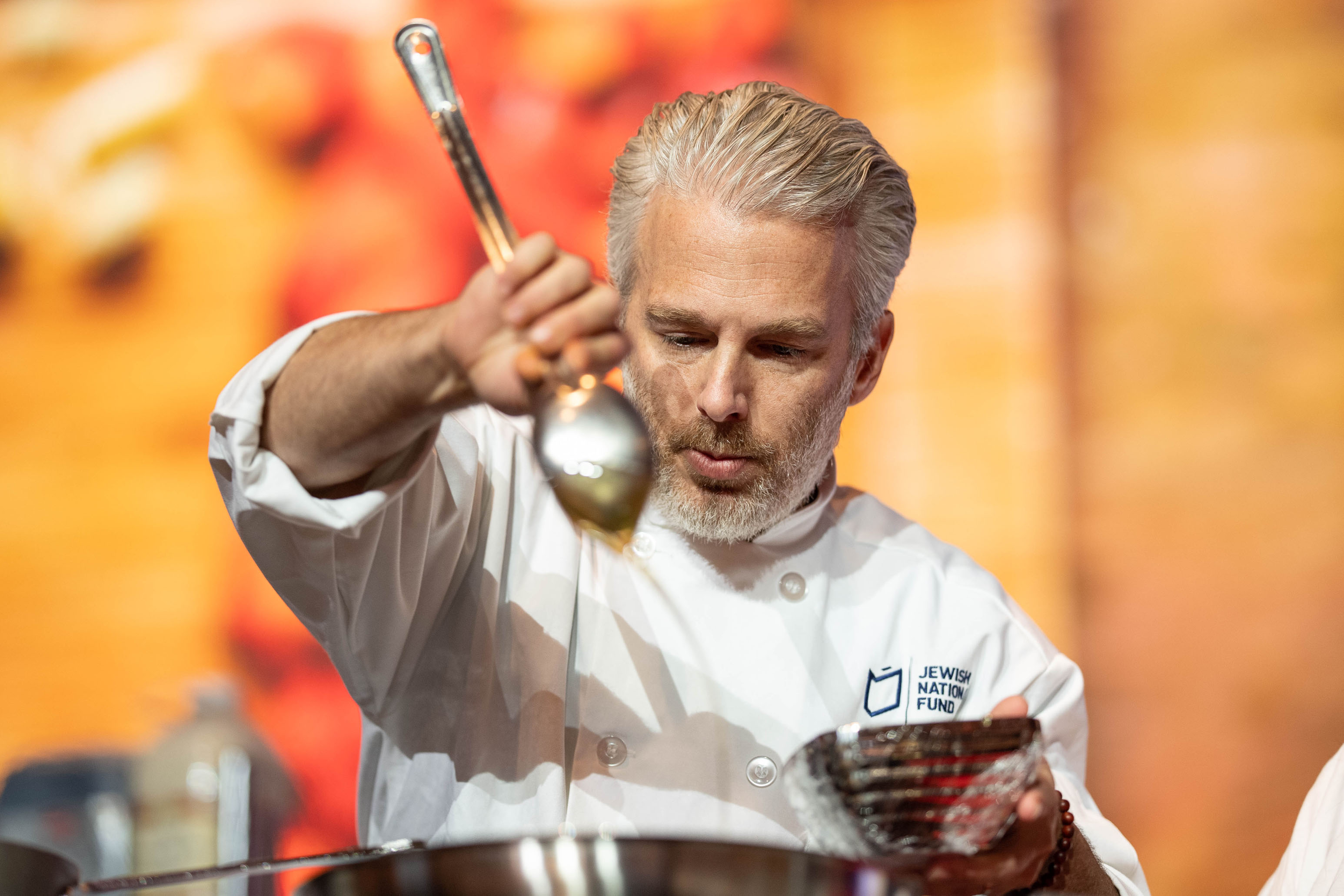 According to Sercarz, GCI by JNF’s mission is made of three parts.

“We are bringing change…[and] life to the upper eastern Galilee,” he said.  “We are positioning Israel as a major force in the culinary world…[and] we are shaping the minds of the future leaders of the culinary arts.”

Sercarz himself entered the world of culinary arts while a Sergeant in the Israel Defense Forces. When Shalowitz asked him about his earliest food-related memories, he recalled, “melting chocolate bars on the radiator” and explained that, “growing up in Israel, I was always exposed to an amazing culinary scene” that he tried to replicate whiles studying and cooking in South America, France, and New York. With such an international background, it is no wonder that Sercarz is looking to attract students from all over the world as well.

“If you have an interest in the culinary world we could be a good fit for you,” he suggested, noting that GCI by JNF is already designing programs in such diverse arts as cooking, baking, beer making, food science, and restaurant management.

Elaborating on the business aspect of the Institute, GCI by JNF CEO, Nathan Hoffman recalled his earlier experience with startups and his work in the non-profit world. Speaking of JNF-USA, Hoffman also recalled meeting Robinson at a JNF-sponsored food technology event in Arizona.

“When I started to learn about their impact, it was amazing,” said Hoffman, who went on to launch the JNFuture Group in Arizona before making aliyah (coming home to Israel) in 2017.

At his job interview for GCI by JNF, Hoffman was clear that he had no culinary background. “Now we have Lior and superstars throughout Israel,” he noted thankfully , “[but] the beauty of the team that we have is that they said, ‘You don't need to know the culinary side,” and suggested that, between Lior and JNF-USA and their affiliates, we have everything we need!”

After hosting a recent four-day summit that included culinary, education, and business experts from all over, Hoffman, Sercarz, and their colleagues took a hard look at other schools that teach things related to cooking and tried to figure out what they could do better.

“It was so wonderful for so many people to give their time,” Sercarz added. “It proved that we are on the right path. There is great excitement all across!”

Among the participants was Raideesha Francis of The Culinary Management Company, who suggested that, “culinary school does not typically prepare you to be an owner. It prepares you to be an employee,” and noted how GCI by JNF gives students not only kitchen skill but business skills as well.

“I can see that this is going to be truly different,” she said, “and I’m glad!”

“We are looking to provide what other culinary institutes are lacking,” Hoffman explained. “We want our students to become leaders in the culinary world…. We want people who want to have an impact and who want to make a difference.”

Someone else who is glad that GCI by JNF is coming to Galilee is Kibbutz Gonen member Yael Peled.

“We are looking forward to seeing the Institute come back to life and to bring students from all over the world,” Peled said, noting how the project will impact not only the food industry, but Israel’s tourism and recreation industries as well.

“It will impact our community in so many ways,” she concluded.

Another excited collaborator is Netflix start and Chef Mike Solomonov.

“I am…ecstatic about [the Institute and] bringing people to the Galilee and focusing on the foods of Israel and the people of Israel in their entirety,” said the GCI by JNF’s Culinary Advisory Council member, who posited that, “The food is a metaphor for the country.”

In the process of reaching out to colleagues and potential partners (the roster of which also includes 2014 James Beard Award-winning Chef Chris Shepherd), Hoffman discovered that many of them were not aware of JNF-USA. Just as he had experienced, however, to know JNF-USA is to love JNF-USA!

“They saw what we are doing,” he said, “[and] everyone wanted to come together under one core principle of creating a culinary institute that impacts the students.”

In addition to creating some of the best chefs and most prepared restaurateurs in the world, the Institute also wants to create relationships with the students.

“They can come back and take another couple classes to fine tune their skills,” Hofman offered.

While Hoffman hopes that graduates return often, Sercarz hopes that some never leave.

“We will bring life to the region,” suggested the chef who was born in the area around Kiryat Shmona. “This is why I decided to partner with JNF-USA on creating the GCI by JNF.”