Everyone has a story. But only a few have the drive and dedication to publish them, reports Matt Robinson

Recently, Jewish National Fund-USA (JNF-USA) Women for Israel gathered a trio of diversely talented but singularly dedicated women authors to share both their stories and the stories behind how they each turned them into best-selling books.

In her introduction, Greater Los Angeles Board member and Sapphire Society Co-chair Frances Bilak congratulated JNF-USA’s philanthropists on supporting “the most effective philanthropic movement in Israel’s history” and looked ahead to better days.

“Whether times are challenging or times are fruitful, JNF-USA will always be with Israel…building with an eye towards the future,” Bilak pledged, before concluding with the timely toast, “Here’s to a year when Corona is only a beer, where tiers are on wedding cakes, and bubbles are relegated to champagne and bubble baths.”

While Sapphire Society member Terre Steinbeck suggested that the quote from Golda Meir - “Make the most of yourself by fanning the tiny, inner sparks of possibility into flames of achievement” - related to the many women who support JNF-USA (which she considered “Israel’s backbone,” as it supports so many diverse but vital programs), it related in particular to the authors who had been assembled from amongst JNF-USA’s lengthy list of supporters to participate in the panel. After all, every author’s story begins with an inner source of inspiration.

When asked what inspired her to write, Dr. Marcia Riman Selz recalled a 2006 trip to Spain that included visits to towns that contained substantial Jewish communities until pogroms and forced conversions decimated their populations. Among these was Vittoria, a singular community in which anti-Jewish laws were not enforced and where town elders pledged to care for the Jewish cemetery even after the Jews were gone.

“I could not get the story out of my head,” Dr. Selz said. She also explained how, in her previous career as a financial marketing consultant, she had written hundreds of papers, yet still found it difficult to write a novel. After 12 years and nearly 70 rewrites, she released her acclaimed debut, At Vittoria.

Though the inspiration for the book came from how Christians and Jews came together, Dr. Selz maintained that “the motivation came from my father,” who suggested she turn the startling story into a book.

Expressing a hope that everyone had someone in their lives who supported their dreams, Dr. Selz also suggested that, “everyone has a story in them that can inspire a book, and you can do anything with that inspiration!”

Speaking of family inspiration, former civil rights attorney Betsy R. Rosenthal explained how her book, Looking for Me in this Great Big Family, told the story of her mother’s experiences during the Depression. She also recalled how bittersweet it was to capture the memories of her mother (who later developed Alzheimer’s Disease) and to receive an award for the book the day after her father died. 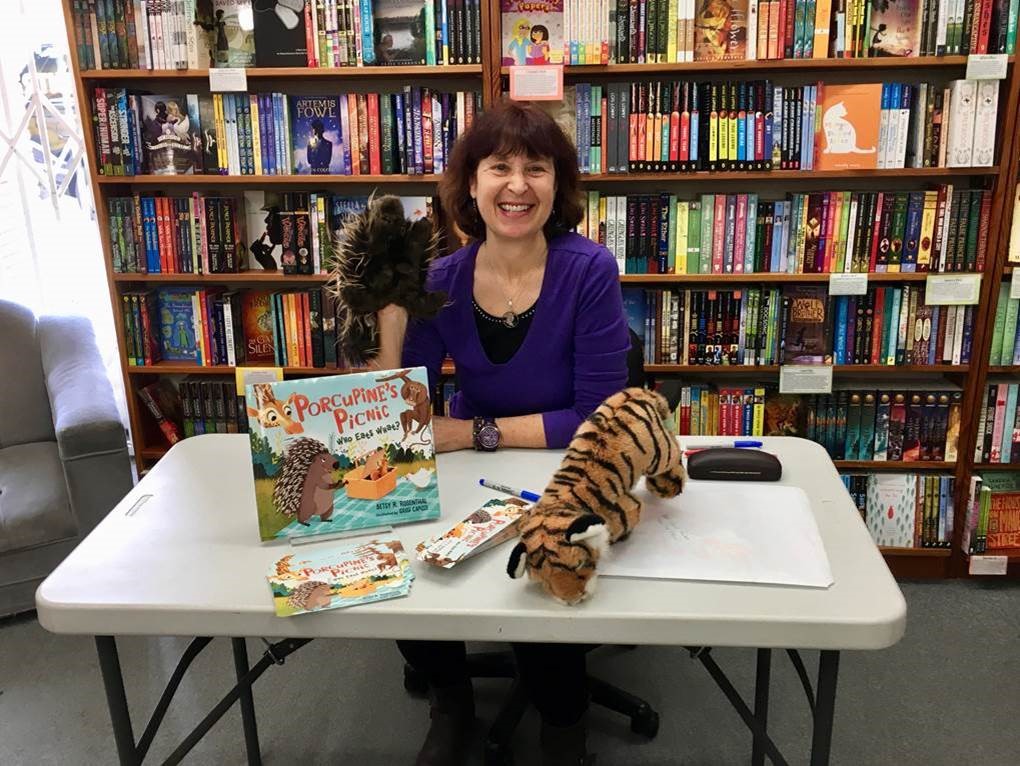 “That gave me an opportunity to thank him for the inspiration,” she suggested, citing another source of familial support.

Rosenthal also credited her family with setting her on the path that eventually led to her becoming an author, claiming her parents saw her penchant for arguing as being a good trait for a lawyer.

“I wanted to fight for the underdog,” the former Western States Counsel for the Anti-Defamation League explained when asked how she chose civil rights law.

After the birth of her second child, Rosenthal chose to leave the law behind and return to her first love - writing.

“Reading a gazillion books to my children led me to want to write the kind of books that I enjoyed reading to them,” she explained.

Though her family came up in discussion often, when asked from where she took most of her book ideas, wealth preservation expert Natalie Elisha Gold talked mostly about her own life.

“It has all been inspired by life lessons,” she maintained, noting how her first book, The Millennial’s Guide to the Universe, was written as she was figuring out how to get through college in two years and launch multiple enterprises, and how one of her other books, Money Momma, was intended to help women find financial success and security while parenting.

Gold also recalled how writing led her to be invited to the conference where she reconnected with a gentleman she had met at her first JNF-USA event. They later married at the Kotel, eventually becoming JNF-USA’s youngest pair of World Chairman’s Council members.

“My books have literally led me to stages,” said the sought-after speaker and publisher who has also appeared on international television, “and to my husband!”

Gold’s stories and life lessons also led her to classrooms across the country, where she has engaged students from various backgrounds, including some with whom she admitted she was not sure she could connect. 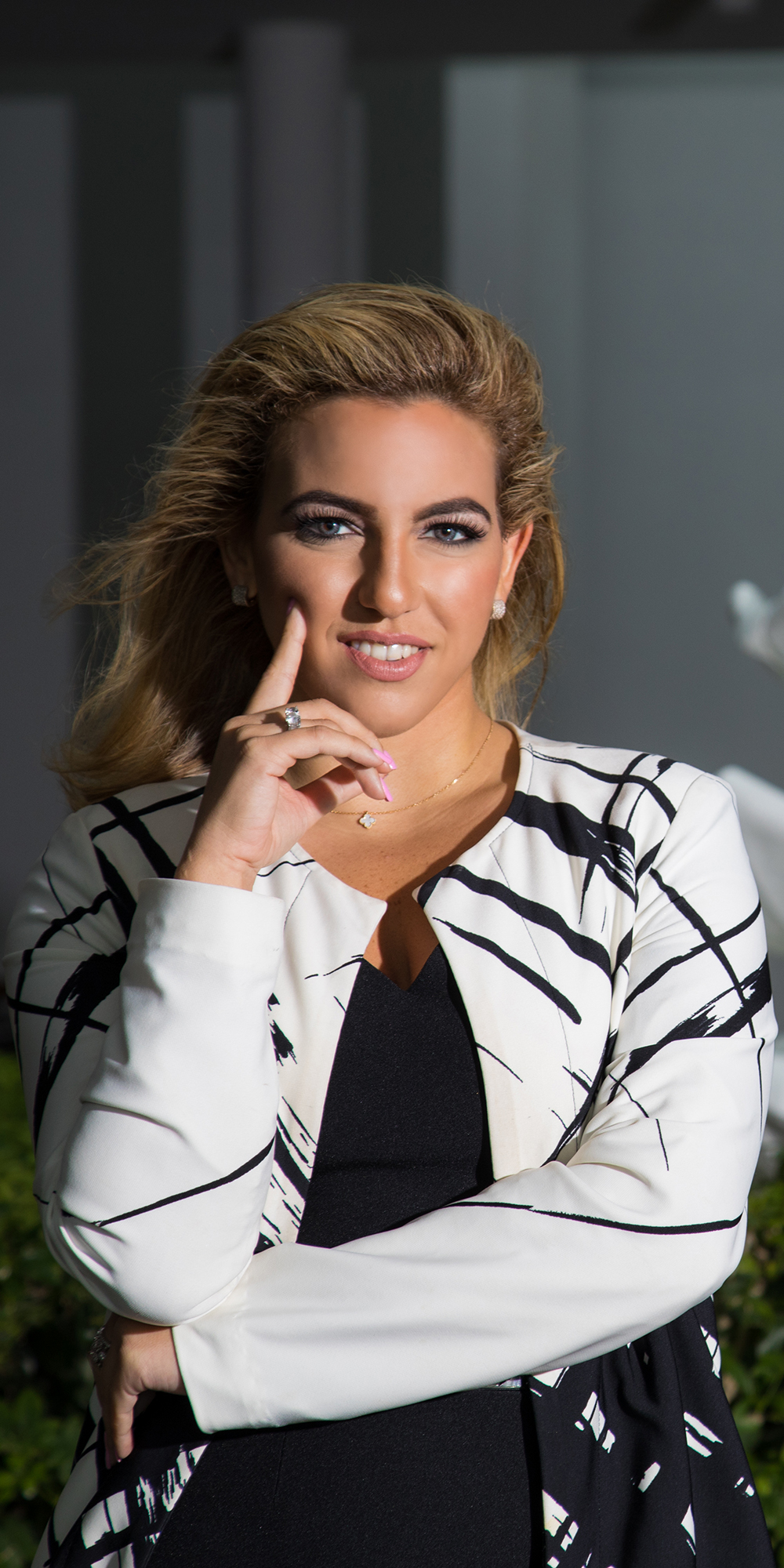 “Within that 45-minute class,” Gold said, becoming emotional as she recalled the experience, “I [see] those kids for who they are and [tell] them that they could do anything they set their mind to.”

Speaking of schools, Rosenthal noted that her own son studied at JNF-USA’s Alexander Muss High School in Israel and explained how she wanted to be an author since she was a student. She mentioned how she still has a copy of the first book she wrote in elementary school.

“It was awful,” she smiled, hinting at the growth many writers go through during their storied careers.

Maintaining that she is “finally fulfilling my childhood dream of being a writer,” Rosenthal also noted that her forthcoming novel has already been slated to be part of the Harold Grinspoon Foundation’s PJ Library program.

“When I am tucked away in my office with a mug of hot coffee,” Rosenthal said, “I am in my happy place!”

While many writers are fortunate enough to be able to work from home and have such a “happy place,” the impact of COVID had affected everyone.

“COVID has taken away my excuses for not writing,” Rosenthal said with a smile. “The downside has been the closure of all the libraries,” she suggested, noting how research-intensive her historical fiction books are. “I also cannot present my books in schools…or go to conferences…and I also miss schlepping my laptop to my favorite coffee shop where I used to spend entire days writing and schmoozing.”

Fortunately, technology has given Rosenthal and so many other writers alternatives.

“I have a morning Zoom meetup with other writers,” she said, noting that she has been in the same writer’s group for 25 years.

“I am very compliant with self-isolating,” Dr. Selz attested, “and that has given me more time for writing my next book...and to consider the choices I have made in my life.”

Selz added that her reflection led to a greater sense of gratitude that she has shared with her daughter Debbie Kornberg, who has made her own path as an entrepreneur in the food space and as president of JNF-USA in San Diego.

When asked about the greatest lesson she has learned from her writing and the experiences that have gone along with it, Dr. Selz replied, “It is never too late to take the paths you want to take. The more paths you take, the more gratifying your life will be!”