Jewish National Fund-USA is on the ground, changing the narative in Israel's Negev and Galilee every day, as MATT ROBINSON reports.

Ask people what they think of when they hear the name Jewish National Fund-USA (JNF-USA), and many may reply, “Trees.”

Those who have been involved with the organization know that JNF-USA does so much more, as was highlighted during the “JNF on the Ground and With the People of Israel!” at the organization’s 2020 Virtual National Conference.

“In 1901, JNF’s focus was on…planting trees to build a nation,” said JNF-USA Director of Tourism Shahar Hermelin. “Today, JNF-USA is planting people in Israel, and strengthening the nation through…aliyah.”

Through its affiliation with programs like Nefesh B’Nefesh, Hermelin explained how JNF-USA “infuses Israel with thousands of skilled and idealistic new citizens who drive economic growth and development.” He also suggested that, “by strategically investing in partnerships that will support and better the lives of people on the ground, [JNF-USA is] helping to reinforce community values that are so important to people…in Israel.”

Among the people who are “living this vision” are Alexa Goldstein, who made aliyah to Be’er Sheva (which Hermelin noted is the most rapidly growing community in Israel) in 2018.

“It wasn’t such a difficult decision,” Goldstein said. “I was welcomed with open arms…[and] got to understand my place in this ecosystem here.”

Goldstein also suggested that moving to Israel was much easier than moving elsewhere.

“You have a connection with the land,” she observed, ”[and] there were friendly people to guide me along the way.”

“It was like an extra safety net,” she maintained. “Without it, I feel that it would have taken a lot longer to feel at home here.”

Perhaps this is why aliyah has gone up by 157% since the pandemic began.

“Olim are living the Zionist dream,” Hermelin maintained, “bringing power to every aspect of Israeli society and ensuring a promising future!”

Having walked across Sudan en route to Israel, Ethiopian entrepreneur Yuvi Tashome is now empowering her community through her organization Friends by Nature. Like Goldstein, she too thanked JNF-USA and its Makom program for giving her a sense of community in her new home.

“We can impact the whole society by gathering together,” she suggested, citing a community garden that has expanded during the pandemic to feed her neighbors and a tutoring program that was put online when COVID-19 struck, allowing Americans and Israelis to work and learn together remotely.

“It was for us,” she explained, “but it was also the only time the Americans were talking to people all day!”

Assessing the situation for Israel’s Ethiopian community (to whom JNF-USA’s Be Inscribed program is giving a Torah that was written on Masada), Tashome said, “The biggest challenge is our desire to feel part of what’s happening here,” and suggested that, “we are giving something!”

In his discussion with Daniel Hanson, Deputy Head of Security in the rural region of Gush Etzion, Hermelin asked why fire wagons that JNF-USA has donated are so important.

“If we are able to get to a fire when it is small, we can beat it,” Hanson replied, noting how the wagons can access places other equipment cannot. “I’m no fireman, but I do realize that this thing has saved lives!”

“These wagons…cut the time…and give the community that sense of security that they can take care of themselves,” Hanson concluded.

“They're not cheap, but they’re a must!”

Another way JNF volunteers are protecting Israel’s people and resources is through JNF-affiliated organizations like Hashomer HaChadash, the mission statement for which is, “the land of Israel by education and social action.”

“We have more than 100,000 volunteers every year,” explained Hashomer HaChadash representative Uri Sapir. “All of them are learning…the main values of Judaism, Zionism, mutual responsibility and civil courage.” 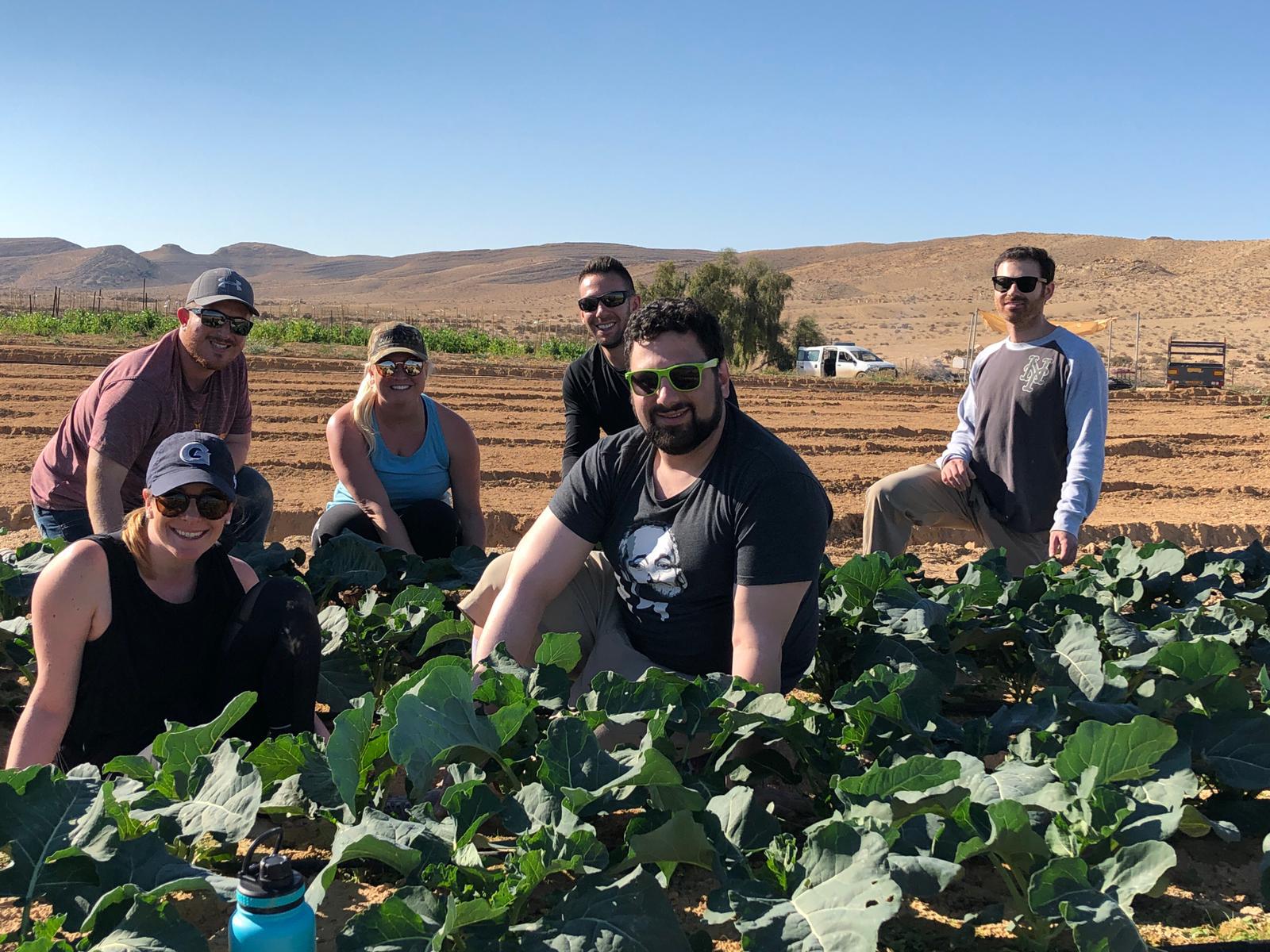 By way of example, Sapir recalled how COVID-19 decimated the workforce during a peak harvest time.

“It was the biggest crisis of Israeli agriculture since the first days of the State,” Sapir said, noting that more than 20,000 tons of fruit (with a value of more than half a million shekels) were left on the trees.

With the help of volunteers, Hashomer HaChadash was able to save 85% of the produce.

“If we didn't do that,” Sapir maintained, “hundreds of farmers and families would be bankrupt…. This is why it was so important to build the force of the volunteers…because it gives you the ability to deal with very complex situations.”

Driven by the idea that, “when you have a value, it is not enough to talk about it. You have to be very proactive about it,” Sapir observed how many were waiting for governmental directives when the pandemic struck.

“We wanted to act,” he said, “and the volunteers understood.”

As a result, Sapir concluded, “every volunteer…has a stronger connection to the land of Israel, to the State of Israel, and to Zionism,” all of which, he said, “is a very important part of the vision of JNF and we are proud to be part of it!”

As the presentation drew to a close, Heremlin marveled at how much JNF-USA does in Israel and how, even though he has been involved in the organization for many years, “I still learn something new every day and

I’m still in awe of the breath and scope of our reach and the impact that we have!”