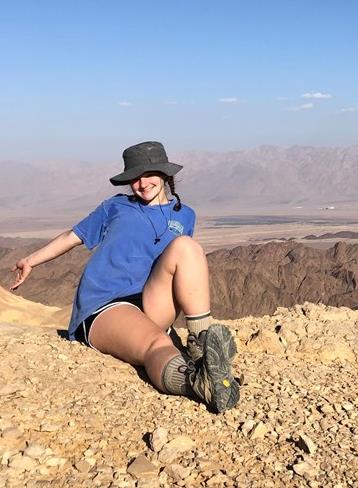 Allie pictured in the Negev Desert

“He always wanted me to go,” she explained, recalling that she had been introduced to Jewish National Fund-USA’s (JNF-USA) flagship High School in Israel study abroad program at the age of 10.

Bielski was originally concerned about her eligibility for High School in Israel due to her already being a camper at Ramah Darom. Fortunately, her father reassured her that it was not only possible but, thanks to the COVID situation at her high school in America, advisable.

When her father suggested that she take another look at the High School in Israel program, Bielski was all ears.

“Immediately I said yes!” she recalled. “The decision was simple. It was between studying at home or studying in Israel for my first semester of junior year.” 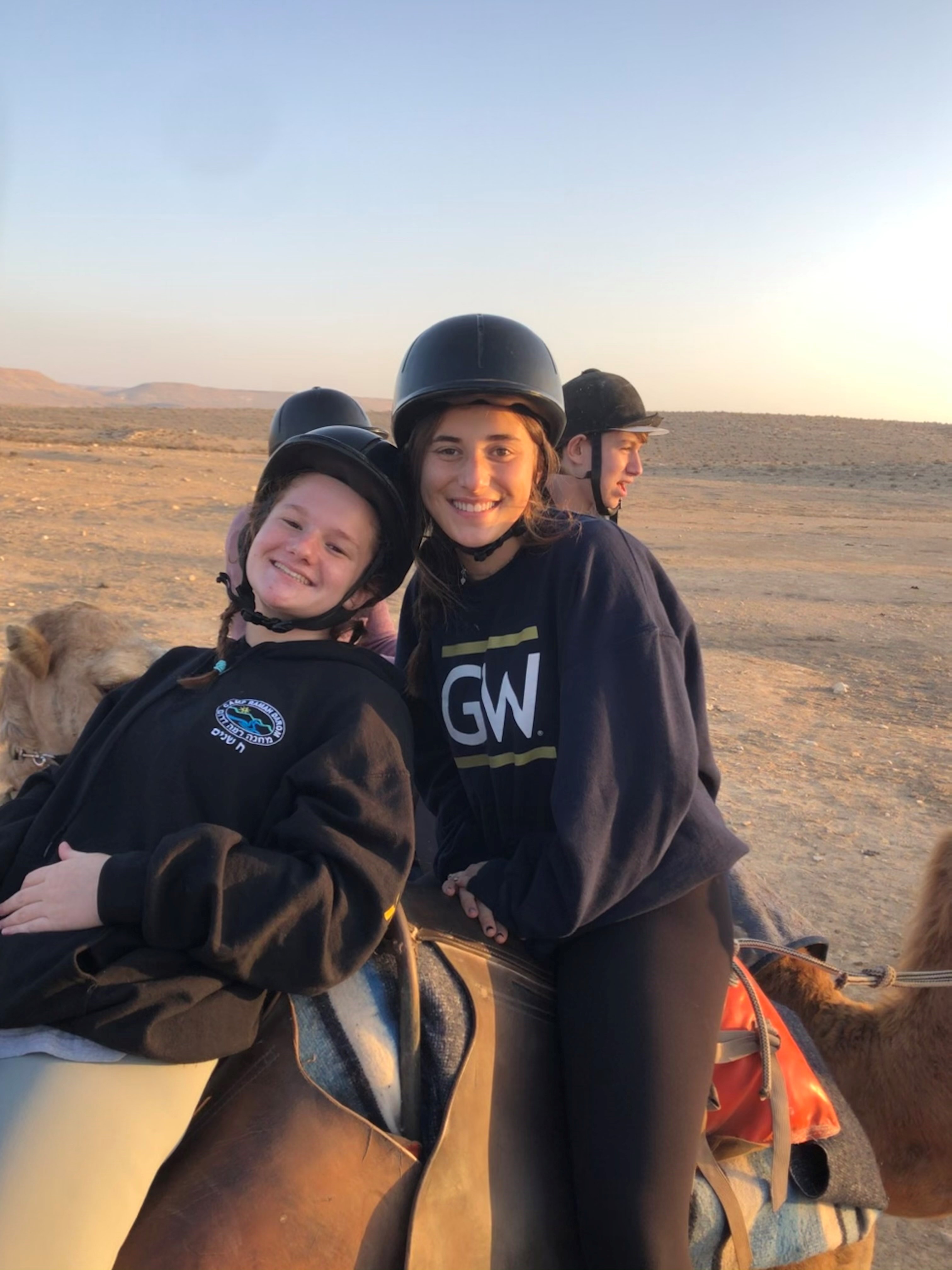 Allie taking a camel ride in the desert

Though she had spoken to her father and with other students about going to AMHSI, Bielski admitted that she did not know what to expect.

“I was going during a strange time,” she explained. However, despite her initial apprehensions, she acclimated to her new environment quickly.

“Some of my friends from home texted me when they found out I was going to Israel,” Bielski noted, explaining how many friends expressed concern regarding her safety and welfare. “Honestly, I felt safer [in Israel] than I did in America!”

Bielski was especially complementary regarding how High School in Israel kept students safe.

“I think the program that I was on did an amazing job finding a balance between staying healthy and having an amazing time,” she said, explaining that groups of four to five students (each one of which was accompanied by one madrich) were separated from each other by a plastic barrier that still allowed them to communicate and learn together.

“We had activities and classes on Zoom,” she said. “We also had time outside, which was the highlight of our days in quarantine… we wrote a love poem about ‘outside time’ for one of the Zoom activities!”

“All in all,” she concluded, “I really didn’t know what I was getting myself into. But I am so happy that I did it!” 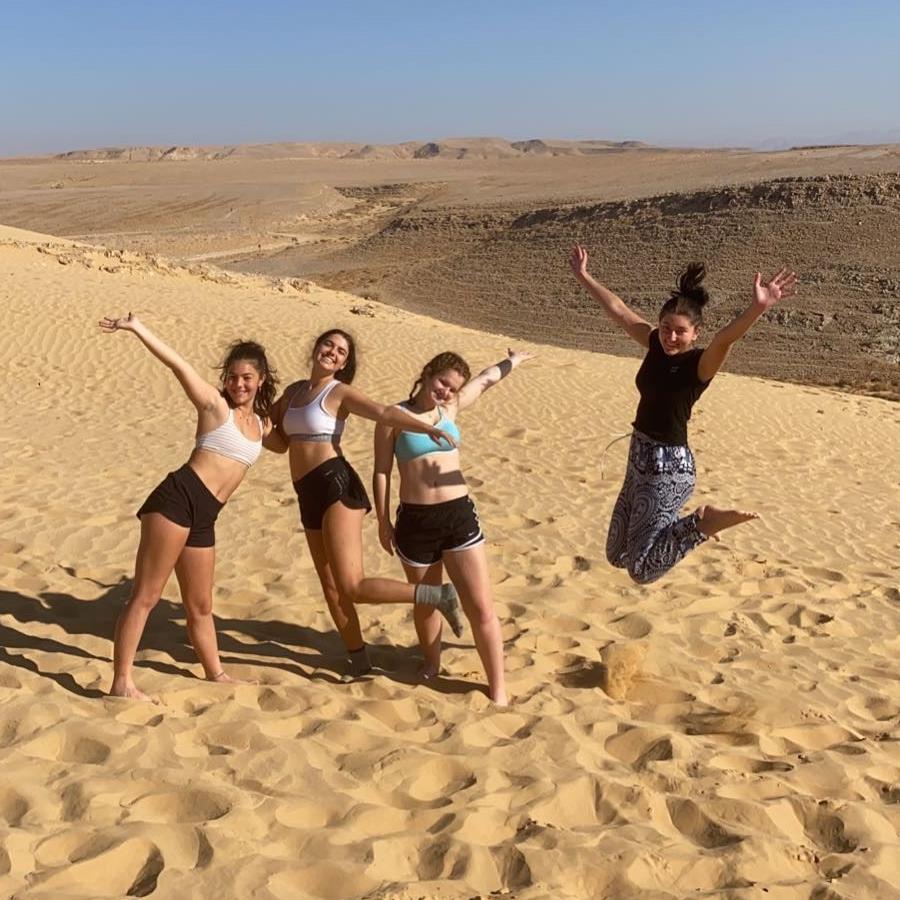 Allie with friends in the Negev Desert

Even though her father had studied in Israel, Bielski’s time at High School in Israel represented her first time in the country. She was thrilled to not only read about Israel’s long and storied history but to experience it as well.

“Seeing what I have been learning about my whole life was incredible,” she beamed. “Learning all this information is one thing, but it’s another thing when you actually go out and see what we just learned about.”

This multi-layered learning approach has increased Bielski’s appreciation for and dedication to her spiritual homeland.

“My connection to Judaism and Israel has strengthened so much since I started this program,” recalling a Yom Kippur walk that ended with the group sitting in the middle of the empty street, appreciating the break from the often hectic Israeli life to take stock of her life and her nation.