“Udderly” Brilliant: How Your Cheesecake May Soon Come From This Remote Dairy

As Jewish communities around the world celebrate Shavuot in the month of Sivan, did we ever stop to think where all of our delicious dairy delicacies come from?

Benzi Hochstein’s first experience as a junior dairyman came when he was just 13, when he was assigned chores in caring for the cows in the sheds of Gush Katif, the farming community where his family moved when he was a child.

Benzi was born in the Old City of Jerusalem and struggled with the demands of conventional classrooms.  He discovered his talents as a young farmer when his family moved to Gush Katif. Although he and his family were evacuated from their agricultural community when Israel disengaged from Gaza, he retained his enthusiasm for dairy farming and his attachment to Israel’s southern desert landscapes. 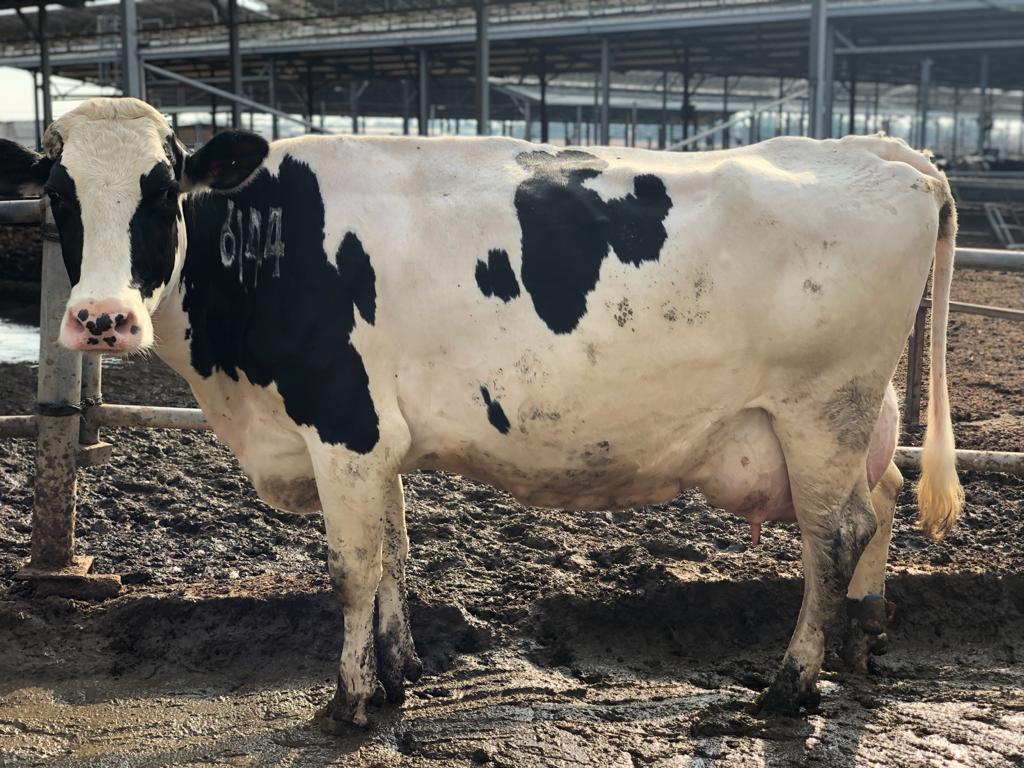 Benzi earned a degree in agriculture at the Ruppin Technological College and met his wife, Shimrit, who grew up in a northern kibbutz and shared his passion for agricultural studies.

Shimrit helped Benzi advance in his studies, and she became a specialist in managing cow herds. Today, they are parents of four young children and, as a family, have joined the founding generation of a new agricultural-ecological enterprise at the edge of the Gaza border, within seven aerial kilometers (four miles) of the now destroyed community which Benzi and his family were forced to leave in 2005.

Halutza (the root of its Hebrew name is halutz, pioneer), a community supported by Jewish National Fund-USA (JNF-USA) was established well over a decade ago on uninhabited land that many thought couldn’t be cultivated. Yet the 30 founding families, and the JNF-USA visionaries who planned this enterprise, believed otherwise. 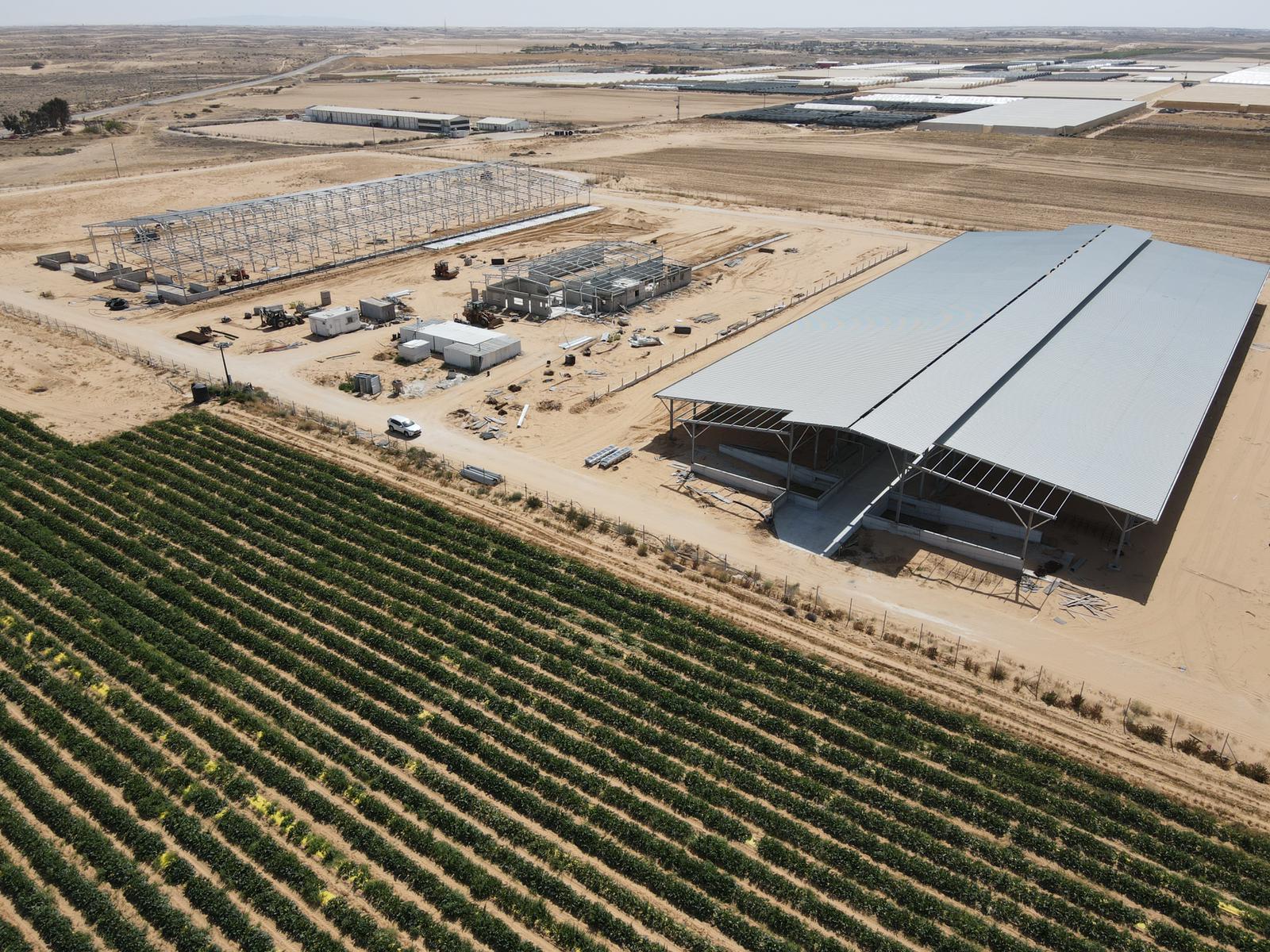 Today, their partnership with JNF-USA has created infrastructures, prefabricated homes, and built hundreds of greenhouses and solar energy panel fields. Today, Benzi, Shimirt, and their children are among the 2,500 residents of three Halutza communities in the region: Naveh, Bnei Netzarim, and Shlomit.

Benzi was charged with establishing a dairy farm that, in accordance with JNF-USA’s master plan, will serve as an economic engine for Halutza.

The 450 cows, the first bovine members of the community, are being acquired from dairy farms in the Negev region.

In addition, while the farm will have a high degree of automation, Benzi must find humans to support the farm’s operations. This includes the formidable task of recruiting farm hands from the region who have the dedication and energies to keep pace with the demanding daily routines of caring for the cows. Farmhands must support a range of tasks from feeding to milking (done via automation) while maintaining hygiene. They must also support composting the manure.

And while the infrastructure for the dairy farm is nearly complete, the process of making incoming cows feel at home is unexpectedly complex. Shimrit notes that cows have their own social hierarchy, with dominant figures and those who are, well, cowed by their superiors. Those who oversee the female herds do their best to keep stress to a minimum, because tranquility keeps milk production to a maximum. 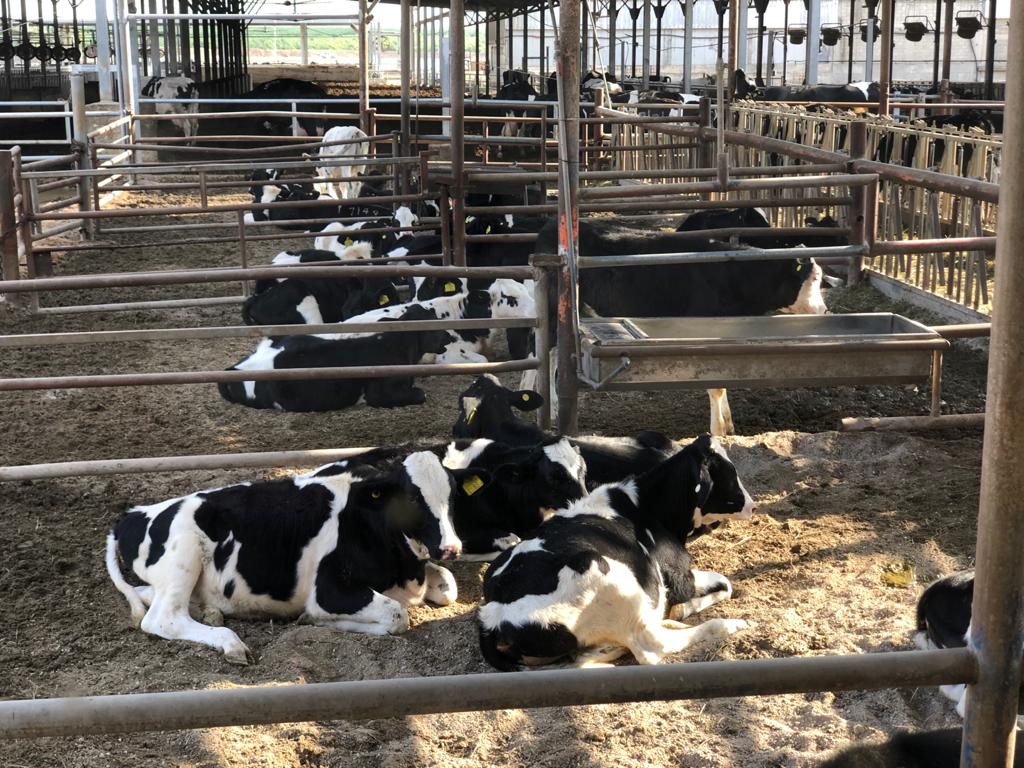 Israel’s climate and topography do not offer the option for grazing, either in Halutza or other regions in the country. However, given that it is possible to make more land available to the dairy farm in Halutza, the cows will enjoy a spacious 22 square meters (nearly 237 square feet) of space for their personal living quarters, more room than afforded to most of their peers in other densely populated regions of Israel.

The new dairy farm at Halutza will utilize Israel’s most advanced technologies, including state-of-the-art sensors (to measure the cows’ body temperature, ovulation, and even tracking their movements).

These new technologies will be the next steps forward alongside the computerized milking, feeding, and cow-cooling systems that are now characteristic of the Israeli dairy industry. Advances over the years have enabled Israeli dairies to dramatically increase milk production since the 1950s. Today, Israel’s annual milk production is about 1.6 billion liters (.4 billion gallons) per year, making Israel a leader in efficiency and sustainability in global dairy farming.

Halutza’s dairy farm will be the newest of the initiatives already underway (others include an incubator for young farmers). It is anticipated that Halutza’s farming projects will be a source for agricultural tourism, drawing visitors from Israel and overseas to become acquainted with twenty-first century farming techniques.

The Hochsteins look forward to introducing their own young children to the wonders and routines of dairy farming. Over time, the dream is for Halutza to become Israel’s largest dairy farm.  That vision will move forward one “hoof” at a time or “para-para,” in the Hebrew idiom, one cow at a time.