Jerusalem, August 16, 2021 - Thousands of residents in one of Israel’s most populated areas had to leave their homes and worldly possessions behind at the height of the pandemic, as one of the largest wildfires in years burned through nearly seven square miles and continues to threaten lives, land, and personal property, as well as endangering critically ill patients from Hadassah Ein Kerem, one of Israel’s largest hospitals currently facing a potential evacuation. 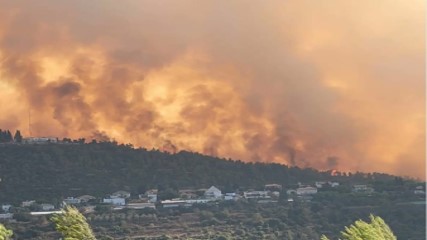 Roads have been blocked. Thick black smoke encircles the skies of Jerusalem. Government officials have made it clear; the situation is dire. However, brave Israeli firefighters supported by Jewish National Fund-USA (JNF-USA) are going to extreme lengths to save as many lives as possible.

At least 10 firefighting planes and several hundred firefighters were deployed to the area, working to form a defensive line, and Fire and Rescue Commissioner Dedi Simchi ordered a general mobilization of all firefighters, including those who are off duty, to help mitigate the spread. Authorities have also requested international assistance to help manage the blaze as resources are scarce during the pandemic.

During an emergency call on Monday, August 16, a representative from Israel Fire & Rescue services shared that the situation on the ground is made even more complex because firefighters who are sick or in isolation due to COVID-19 are unable to work. Furthermore, he explained there is no such thing as a “shift” anymore. The firefighters have been working 24+ hours and are doing everything possible to extinguish the flames before lives are lost or further damage is done.

Commissioner Simchi informed JNF-USA professionals on the ground in Israel Sunday night that firefighters managed to prevent entire communities from burning down, saying it was “nothing short of a miracle.” At that time, the immediate danger to many homes had passed, but high temperatures and increased winds in the area returned on Monday, fanning the flames and igniting new hotspots, causing further evacuations and the need for additional support as the fire continued to spread. 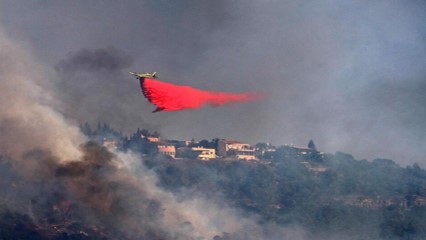 24 fully equipped firefighting vehicles donated by JNF-USA partners were integral to helping save countless lives of firefighters and residents in the impacted areas.

Over the years, JNF-USA, through its Fire and Rescue Task Force led by co-chairs Penny Rosen and Mark Egerman, has been a primary partner to the Israel Fire and Rescue Authority—outfitting Israel’s firefighters with state-of-the-art lifesaving equipment such as oxygen tanks and fire-retardant suits, firefighting vehicles, and fire station facilities. 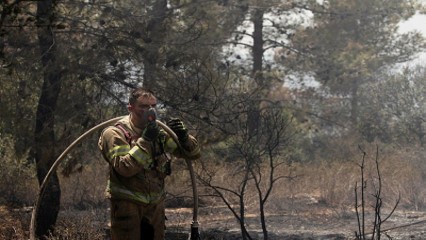 The organization has also invested in enhancing and rebuilding Israel’s Volunteer Firefighter Program, which trains and provides safety equipment and gear to volunteers who serve as the first line of defense in the remote communities of Northern and Southern Israel that are difficult for authorities to reach in times of emergency.

“JNF-USA is committed to helping support the land and people of Israel, not just during emergency situations, but before and after,” said Rosen. “Because of the generosity of partners nationwide, we are able to provide increased support and position those on the front lines to be better equipped to handle these types of environmental threats.”

JNF-USA has received an outpouring of support from donors across the country calling to find out how they can help the land and people of Israel during this crisis. For more information, contact Sara Hefez at [email protected] or Joshua Mellits at [email protected] You can also make a direct donation in support of JNF-USA’s life-saving fire and rescue initiatives in Israel by visiting jnf.org/firefighting.