Jewish National Fund CEO, Russell Robinson, and CFO, Mitchel Rosenzweig, are on a tour of Asia and the Far East this week on behalf of the Israeli government and the Arava International Trainee Center, or AICAT. Also on the tour are Channi Arnon, director of AICAT, and Eyal Blum, mayor of the Central Arava.

AICAT is a 20-year-old agricultural training institute in the developing town of Sapir, Israel, where students throughout Asia and the Far East are sent by their home countries to study cutting-edge and often high-tech agricultural techniques.

Robinson has been enthusiastically reporting from the road; after the jump are some of the exciting accounts of the the group's encounters and stories from Cambodia and of how they are changing the perception of Israel in the minds of the developing world.

- "Just finished lecturing 250 agricultural students at Mean Chey University in Serey Sophoan, Cambodia, with Channi Arnon, director of AICAT, Eyal Blum, mayor of Central Arava, and Mitch Rosenzweig, CFO of JNF. Twelve former students were present and spoke about their 10 months of learning and working in the Arava, Israel, in the leadership development program and empowerment training, which  has help them become instructors, business people and leaders in their society. In the audience were two monks who, as students, were looking forward to their Israel opportunity. One monk asked me, "How does one small country like Israel make such a difference in the world and is so successful?"

All the students were looking forward to applying to participate in AICAT. Some were interested in the master's program being designed for next year.

Mitch and I stressed the importance of being agents of change in Cambodia and the world.

During the lecture, we phoned Barbara Sommer, co-President of the Arava Task Force, and co-president of Greater San Francisco JNF, to thank her and her committee for all of their support."

- "I was honored to give a presentation at the Green Agricultural workshop, together with Mean Chey University in Cambodia. The presentation focused on JNF's relationship with AICAT in the Arava, and the vision of human capacity and transfer of modern agriculture practices in Israel to developing countries, in particular to Cambodian students, and how they are actually implementing the knowledge when they return home.

With over 300 ministers, educators, government directors, and others in the audience, I was proud to represent JNF and Israel.  Another proof of Israel making the world a better place." 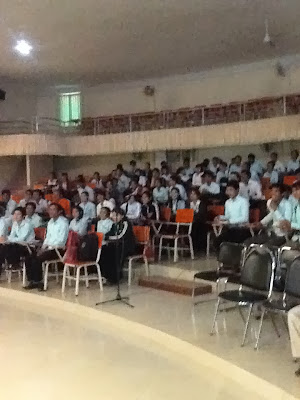 - "Just signed an agreement for research with Mean Chey University in Cambodia for their students' involvement with AICAT, JNF, and Israel, and we will have their participation this year!

In our discussion we shared JNF's Faculty Fellowship Program of bringing professors to Israel from the US. The president was very interested in pursuing the possibility of two or three professors from his university joining. We agreed to look for joint funding. Chani Arnon, director of AICAT, and Mayor Eyal Blum of the Central Arava, announced the establishment of a masters program for 20 students in agriculture beginning in 2014." 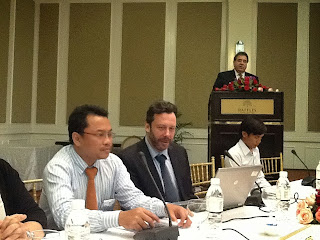 - "We met with former and future AICAT students and we saw the difference in confidence, leadership, and education from them. You could feel their desires and dreams, and you just know that the future students will change from shy individuals to leaders.Amazingly, the perception of Israel is the same here as other places. Mitch Rosenzweig asked what they knew or thought about Israel before they went. All said their families were worried because they believed it is war-torn country. Now they speak about the beauty of the land and the people."

- "As we continue on this special mission we are learning the importance and impact of AICAT on the students working in the fields. They work very hard. They are paid, and with this opportunity, they use funds for expenses (flights, food, board, and this incredible education). This is a rare opportunity!  Never would they be able to get this hands on quality education anywhere else!"
Next stop, Vietnam...
PLANT TREES IN ISRAEL