Passover and the Fight for Freedom 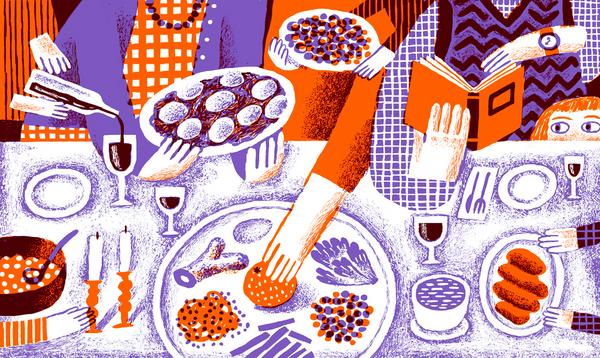 As Ukraine fights for freedom, Passover, which will be celebrated this year from April 15 - April 23, still has much to teach us about the nature of that fight.

From Slavery to Liberation

The Jewish festival of freedom is the oldest continuously observed religious ritual in the world. Across the centuries, Passover has never lost its power to inspire the imagination of successive generations of Jews with its annually re-enacted drama of slavery and liberation.

As told in the Bible, after many decades of slavery to the Egyptian pharaohs, during which time the Israelites were subjected to backbreaking labor and unbearable horrors, G‑d saw the people’s distress and sent Moses to Pharaoh with a message: “Send forth My people, so that they may serve Me.” But despite numerous warnings, Pharaoh refused to heed G‑d’s command. G‑d then sent upon Egypt ten devastating plagues, afflicting them and destroying everything from their livestock to their crops.

At the stroke of midnight of 15 Nissan in the year 2448 from creation (1313 BCE), G‑d visited the last of the ten plagues on the Egyptians, killing all their firstborn. While doing so, G‑d spared the children of Israel, “passing over” their homes—hence the name of the holiday. Pharaoh’s resistance was broken, and he virtually chased his former slaves out of the land. The Israelites left in such a hurry, in fact, that the bread they baked as provisions for the way did not have time to rise. Six hundred thousand adult males, plus many more women and children, left Egypt on that day and began the trek to Mount Sinai and their birth as G‑d’s chosen people.

But when Moses spoke to his people, he didn’t speak about freedom but about education. He fixed his vision not on the immediate but on the distant future, and not on adults but children. “And when your children ask you, what does this ceremony mean to you?” (Exodus 12:26). “On that day tell your son, I do this because of what the Lord did for me when I came out of Egypt” (13:8). “In days to come, when your son asks you, what does this mean?” (13:14).

In so doing he was making a fundamental point. It may be hard to escape from tyranny but it is harder still to build and sustain a free society.

In the long run, there is only one way of doing so. To defend a country you need an army, but to defend a civilization you need education.

What Freedom Means to Jews

Freedom begins with what we teach our children. That is why Jews became a people whose passion is education, whose heroes are teachers and whose citadels are schools. Nowhere is this more evident than on Passover, when the entire ritual of handing on our story to the next generation is set in motion by the questions asked by a child.

In early this month, Students of Jewish National Fund-USA’s Alexander Muss High School in Israel made an arduous but incredibly impactful trek up Mount Masada, bringing the message of Masada back to their campus. One of them, Jonah Collins, said: “I knew I was about to see a huge part of Jewish history,” Jonah explained. “The second I got up there, I looked around to soak everything in, and I was amazed that my ancestors were here and that I actually felt that I was part of history.”

The message of Passover remains as powerful as ever. Freedom is won not on the battlefield but in the classroom and the home. Teach your children the history of freedom if you want them never to lose it.

Visit JNF-USA to learn more about our work and the many programs and events that we offer for people of all ages.