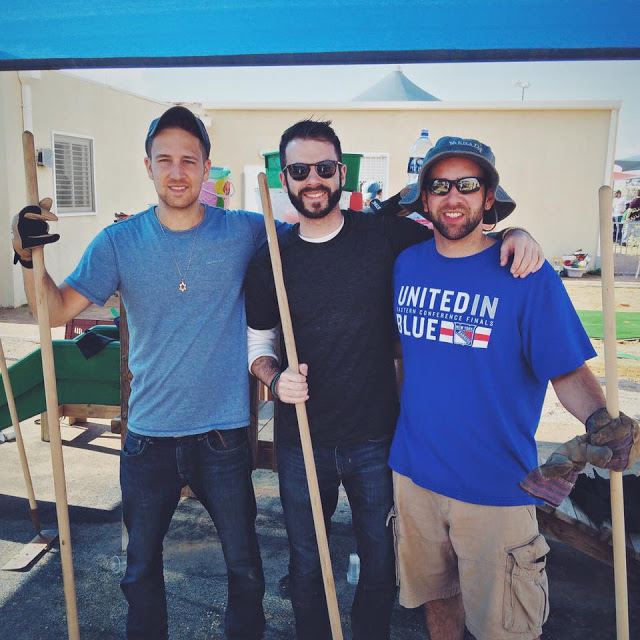 This winter alone, the JNF hosted over 1,000 young people in Israel -- through programs such as Alternative Break, JNFuture Volunteer Vacation, Alexander Muss High School in Israel, JNF on Campus' Caravan for Democracy, and Taglit-Birthright Israel-Shorashim. We will be profiling some of the trips, and you can see more directly through the eyes of the participants by searching the #PoweredByJNF hashtag on Facebook, Instagram, and Twitter.


Since late December, Jewish National Fund has sent more than 1,000 young people to Israel to learn, explore, and volunteer time and energy. With participants on trips like Birthright (600 college students taking part), Caravan for Democracy, and Alternative Break, and high schoolers studying at Alexander Muss High School in Israel, young people have chosen to support Israel in great numbers. (You can see more directly through the eyes of the participants by searching the hashtag #PoweredByJNF on Facebook, Instagram, and Twitter.) 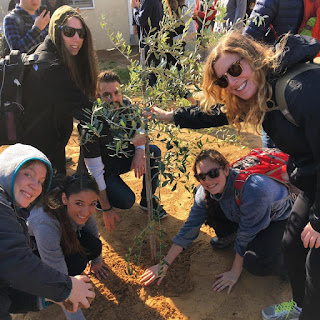 One of the trips, JNF's first ever JNFuture Volunteer Mission to Israel this winter, saw 33 JNFuture members successfully raise $67,000 before volunteering on various Blueprint Negevprojects in Israel's southern desert area. Before departing, each participant had to raise $1,800 to join the volunteer trip, with the money going directly toward Blueprint Negev initiatives, while accommodations were covered by a generous grant. Participants hailed from across the United States, ages 24-38, and all with the same shared desire to give back in a meaningful, hands-on way.

JNFuture member and co-chair of the mission Simon Schwartz spoke passionately about Israel and the Negev and the work of JNFuture members do there: "I see us as continuing Ben Gurion's dream and really making the desert bloom with our efforts."

Along with the funds they have individually raised, the young professionals had the opportunity to work the land and see and feel the impact they are making in the Negev and for Israeli society at large.

According to Schwartz, JNFuture is this generation's way of giving back, not through the traditional JNF blue box or planting of trees, but rather being "involved in the growth of infrastructure and water developments in Israel. It’s really important to me to raise awareness to this aspect of JNF." 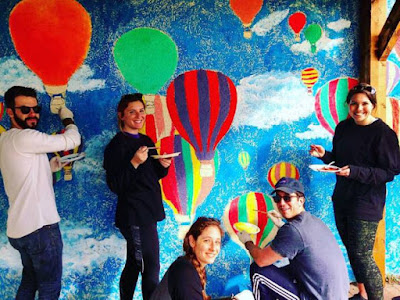 JNFuture Boston Campaign Executive Gali Gordon, who also helped lead the mission, added, "The fact that JNF is one of the only organizations that’s just really focused on building and cultivating our homeland is a huge factor in attracting other professionals to a tour of this kind."

After the group picked olives at Ashba Farm, mission participants had a chance to get their hands dirty at Earth's Promise, a JNF partner organization that cultivates community gardens in urban areas, including in Be'er Sheva at the Kalisher Absorption Center.

Carly Lubert, of Brookline, Mass., shared her thoughts on her blog, "One day we traveled to the Halutza region of the Negev, which is located on the border between Israel and Egypt and is nestled between isolated sand dunes far from major cities. We actually heard and saw Egypt bombing ISIS while we were there -- it was very surreal to see. Later we spent the day at a children's daycare center painting murals, building a pergola and laying down grass in the play area. We also spoke with local residents about why they decided to live there, and the accomplishments and challenges of living a pioneering lifestyle near the Gaza border. Being able to impact the land of Israel and knowing that I left it a little better has more meaning than I ever expected." 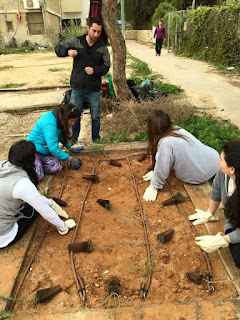 "It really is an amazing and unique working vacation for everyone," added Hannah Feldman, a JNFuture leader representing her Chicago chapter and co-leading the mission. “Everyone really gets a different look at Israel and a chance to meet genuine people, as opposed to just coming on Taglit-Birthright. As professionals, we all have the capacity to continue to give after we return home, now knowing where our donations are actually going."

Erica Cohen and fiance Justin Leffakis from Pittsburgh are not only new to the JNF, but it was also their first time in Israel. "We’re the only ones who have never been here before, but we aren’t new to volunteerism and charity work," Cohen said. "We joined the game late but we managed to raise over our target thanks to a very supportive community back home. This trip has been wonderful for us. We could have gone to Hawaii for a week, but a chance to visit Israel, our homeland, was too hard to pass up."
PLANT TREES IN ISRAEL