A sibling bond through Zionism 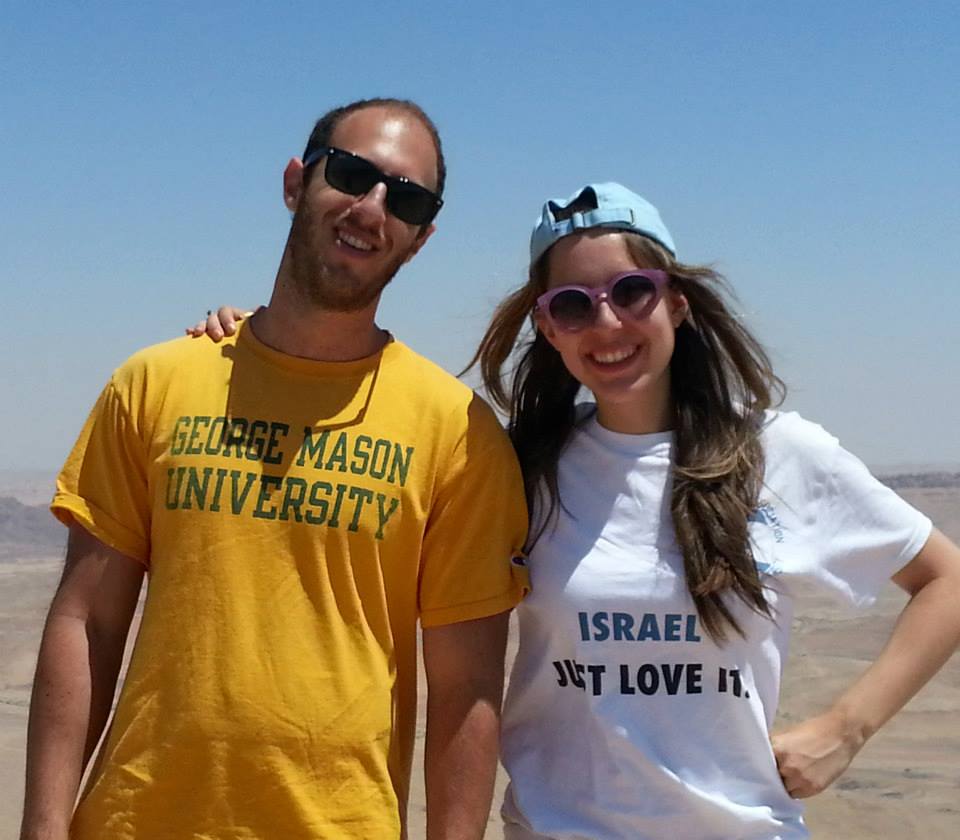 In 2010, when I was a sophomore in high school, my brother was taking a course on Israeli history when he made the announcement to our family he was moving to Israel and joining the Israel Defense Forces after college. My parent’s first question was, “Are you sure?” in fear of their older child moving halfway across the world for an indefinite amount of time. My question, on the other hand, was “Why Israel?” We had no family in Israel, nor had our family ever visited. I couldn’t even have told you what countries bordered it.

I wanted to find out what made him feel so connected to a country the size of New Jersey, a reason he simply couldn’t explain over the phone but something he said I had to experience myself. During my freshman year of college, I decided to visit Israel with Birthright. On that first trip to Israel, which became my first of many, I quickly understood my brother’s calling to protect and serve this country in which he had never previously lived.

I understood it when I visited the Atlit Detention Camp and heard the story of how tens of thousands of Jews, most of whom were Holocaust survivors, fled their houses for safety, so desperately wanting to call this land their home. I understood it even more when I visited Independence Hall in Tel Aviv and heard the recording of Prime Minister David Ben Gurion announcing the establishment of a State for the Jewish people, a dream for so many that once seemed impossible. I felt it while observing the hustle and bustle of pre-Shabbat shuk shopping and while praying at the Western Wall. I learned that Israel is a place where being Jewish is celebrated, where you can meet all types of Jews of every color, where everything closes down on Friday in observance of a 4,000-year-old tradition so significant to our culture. It was on that trip, while dancing and singing Hava Nagila on Mount Scopus overlooking Jerusalem, I realized our family and all other Jewish families have a connection to this beautiful land simply for being Jewish. It is ingrained in our peoplehood, our history, and our souls.

Ever since that trip, I had a heightened sense of Jewish pride that I wanted others on my campus to feel. I made it a personal mission of mine to not only advocate on behalf of Israel, but to engage with my fellow students to get them as excited and passionate about Israel as I was. I completed this mission during my role as president of the Israel Student Association at George Mason University, and carried it with me into my professional career years later. That is why today, I am proud to work in Marketing for Jewish National Fund’s Israel Advocacy & Education department. I help inform high schoolers of the opportunity to study abroad at Alexander Muss High School in Israel for a semester or summer while they learn Israeli history at the sites where it happened. I spread the word of the myriad of ways in which college students can travel to Israel with JNF, and take what they learn back to their campuses, similarly to what I did with my newfound connection to the only Jewish State. This connection is my driving force in connecting young future Jewish leaders to Israel, thus strengthening Israel’s existence and prosperity. Ten years ago, my brother announced he was moving to Israel. Back then, I couldn’t have foreseen he would eventually live there for seven years, and that my heart would belong there forever. I have him to thank for that.