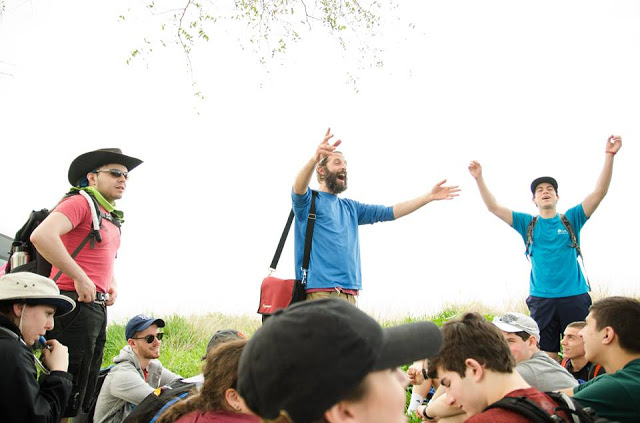 Beloved AMHSI teacher Akiva Gersh has just released a new book, "Becoming Israeli: The Hysterical, Inspiring and Challenging Sides of Making Aliyah." Here, he shares his story and an excerpt from the book, which is now available on Amazon.

As a kid growing up in New York, Israel was really far away. As in off the map. Not only because Israel was in the Middle East and I was in America; it was far away in heart and mind as well. I paid no attention to Israel and the people around me never spoke about it. I can only recall obscure memories of Israel from my childhood, like images of Israeli soldiers flashing across the screen during the 6 o'clock news or my Hebrew school’s honorable, but unsuccessful, attempt to get us students to like falafel.

Fast forward many years. I'm fresh out of college and come to Israel with a backpack on my back after having traveled through West Africa for two months. My arrival in Israel was the climax of a three-year journey searching for more spirituality and deeper meaning. I had already begun to discover new and inspiring sides of Judaism that were previously unknown to me but I knew Israel held important answers to many of my still-lingering questions. My plan was to find those answers and then return to America to continue the rest of my life.

But something happened. Immediately I felt something in Israel that I never felt anywhere in the world at any point in my life.

I felt a deep sense of being home. 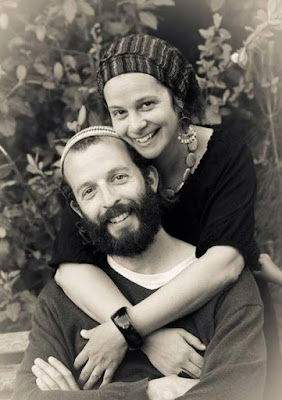 But how was that possible? How could I feel at home in a place I was coming to for the first time, where I was a foreigner like every other backpacker I was meeting from Europe or Asia or South America?

Then I remembered an idea, a concept I had learned in one of my environmental studies classes in college. The idea of sense of place.

I didn’t fully grasp its meaning at the time, but now, in Israel, its full meaning was being revealed to me loud and clear.

Sense of place means feeling connected to a specific, physical area on this Earth, a place where, like a tree in its native environment, you have deep and strong roots. A place where you feel a transcendent sense of belonging, no matter how long you’ve been or haven't been there.

And that’s exactly what I felt within days of stepping foot into Israel during that first trip of mine. A feeling that inspired me to make aliyah a few years later.

Moving to Israel permanently opened up an entirely new chapter in my life. I was now married, beginning to start a family and continuing my work in Jewish education. Translation: real life with real responsibilities and very real bills to pay. And while that could have easily succeeded in rubbing away my sense of awe and wonder at living in Israel, it didn’t. Why not? 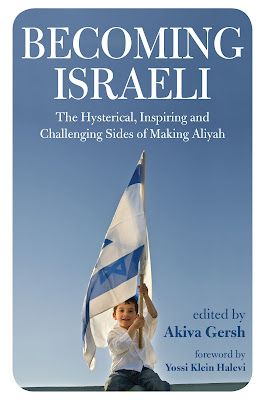 There were too many, often daily, moments that constantly reminded me something special and powerful was happening here in Israel. Things I never saw or experienced in the almost three decades that I lived in America. Moments that seemed to be the direct, historical result of the return of the Jewish people not only to their land, but to nationhood as well.

What were these moments?

Beyond the obvious things like entire cities shutting down for Shabbat, Israeli soldiers everywhere walking around with M-16s on their backs and Na Nach hasidim dancing openly in the streets, there were other kinds of moments, too. Sometimes insanely funny, sometimes completely crazy, sometimes so beautiful and sweet and, yes, sometimes totally frustrating.

But what they all had in common was that they happened “Only in Israel,” a catchphrase I eventually learned was coined and used by other olim (immigrants to Israel) to describe exactly what I was seeing and experiencing.

Like the challah you get, instead of the expected newspaper, as a bonus for filling up a full tank of gas on a Friday. Or the bus that has a sticker on it that says, “This bus has already been cleaned for Pesach. Please keep it clean.” Or the woman who hands you her child to hold in the line at the grocery store because she forgot to pick up toilet paper.

I became somewhat obsessed with these moments and started to collect them, writing them down in a file on my computer. I then went to create a group on Facebook where other olim can share their "Only in Israel" moments, only to realize a group like that already existed. I joined and was inspired by the daily sharing happening from olim around the country.

While this group satiated my desire be plugged into this "Only in Israel" reality, I started to feel something bigger needed to be done to document this story that was unfolding before my eyes. This story of olim living in Israel, who view and experience Israel in their own very unique way.

So I got to work. I began searching for blogs and essays written by other olim about their experiences making aliyah and acclimating to life in Israel. I discovered there was an entire world out there of olim writing about this. I read and read, laughed out loud and cried as well, and then selected the ones I wanted to feature in my book. After almost two years of collecting and organizing and editing, the book was done.

The book "Becoming Israeli: The Hysterical, Inspiring and Challenging Sides of Making Aliyah" was born.

The book includes 51 blogs written by 40 olim, including myself, that together tell the multifaceted story of making aliyah. Together they are a testament to what inspires people to move their lives and their futures across oceans to be part of what's happening in Israel, the challenges they face along the way and, despite these challenges, why they choose to stay.

More on aliyah
Plane ride to a new life: Emotions soar aboard aliyah flight to Israel
This is what it looks like when 200 immigrants land in Israel to start over

"Aliyah is a process. An exciting and inspiring process but also a humbling process that finds many of us olim taking a few life steps back in order to learn how to live and survive in our new environment. One that on the soul/emotional level is so familiar to us, is so much our deepest home, but on the everyday gotta-get-stuff-done-and-live-here level is so different from the worlds we left behind. Aliyah is a process of learning all over again, of acclimating and acculturating, of celebrating our large and small accomplishments, and feeling frustrated when it seems like nothing’s working. Of forgetting at times why we even made aliyah...and then remembering exactly why we made aliyah and knowing that any and all sacrifices and challenges we experience along the way are more than worth it."

The photo gallery below shows what it looks like when a planeload of North American immigrants on a Nefesh B'Nefesh charter flight disembark at Ben Gurion Airport to start their new life as Israeli citizens.