Caravan for Democracy - The Universal Language of Dance 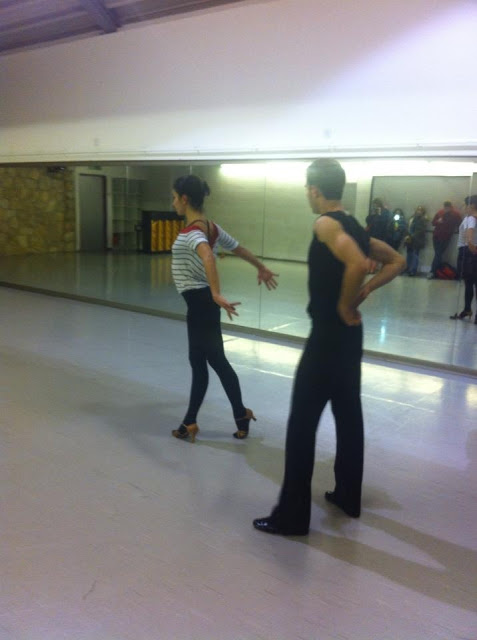 Today we traveled from Tiberias to Haifa, another city nearby. In this city we explored a number of educational institutions, one being the Jerusalem Music Academy where we observed a Salsa class! Instead of simply observing, myself and a couple of other participants decided to join the dancing, which was really fun. The class was practicing their "circle dance" which is a type of dance very popular in Cuba! Having already done this in France, it was so comforting to be able to participate in the class with this shared similarity. As I was dancing with the Israeli dance students we were really interacting through our hand movements, our eye contact, and our smiles. Despite the fact that we were not the same, we were communicating and enjoying dance. We were speaking all the same moves...dance is really a universal language! I appreciated this experience because it was an aspect outside of military and politics, but it is just as important to the education and culture of the Israelis.
PLANT TREES IN ISRAEL