Growing up in Puerto Rico, my love for Israel started at a young age 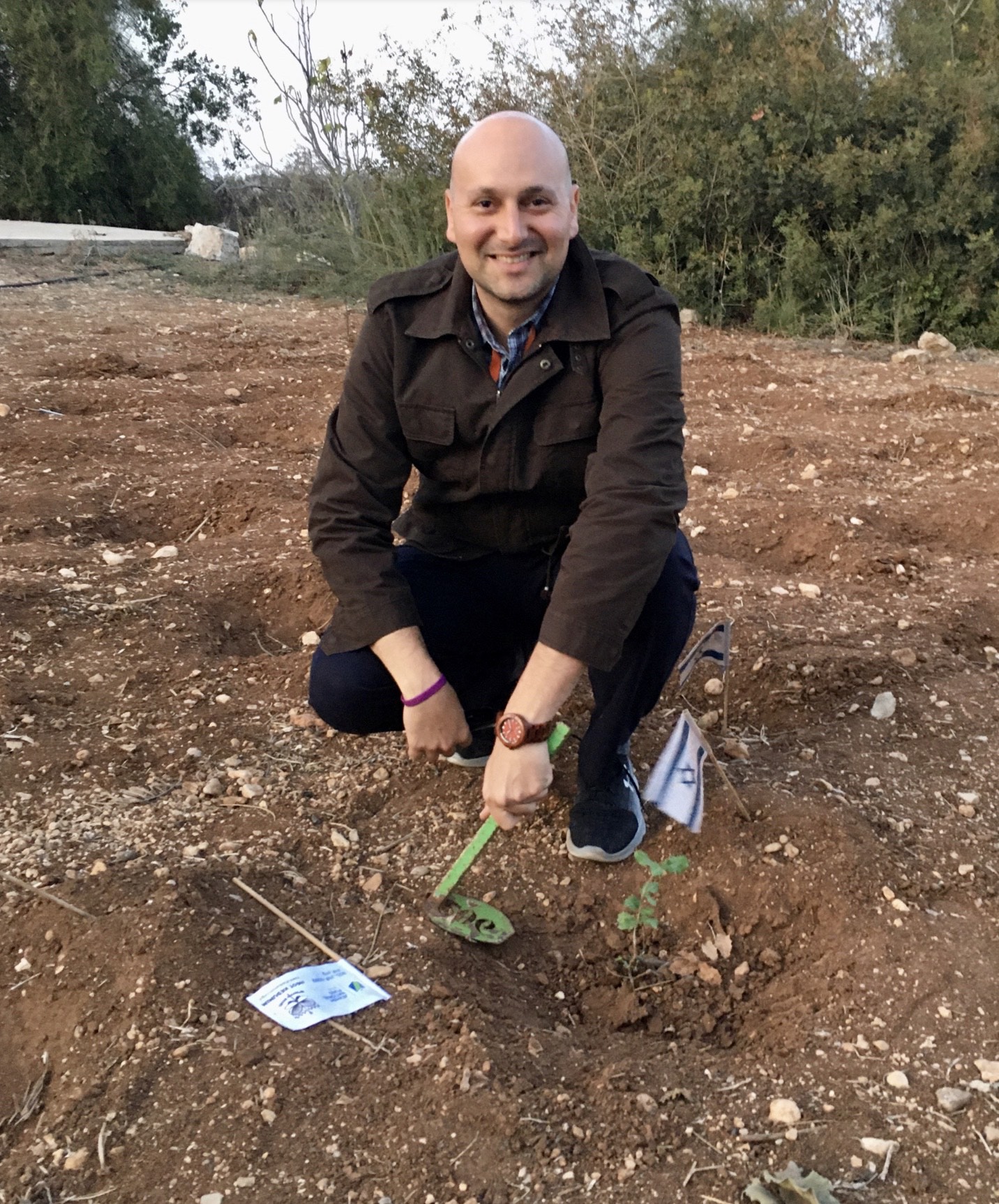 My story is unique in the overall tapestry of American Jewry, but familiar to many Latinx Jews living in a double or even triple Diaspora. We dwell outside of our homeland of Eretz Yisrael, and we live in exile from the home countries where our families sought refuge for several generations before coming to the U.S.

My father’s grandparents emigrated from Russia to Brooklyn, where they lived for three generations. My mother grew up in Puerto Rico, in exile from her birthplace of Cuba, after narrowly escaping the Castro regime in the early 1960s. It was in meeting my mother at Hofstra University that my father’s story diverged from the typical, and mine as a first-generation Puerto Rican Jew came to be. My maternal great-grandparents fled persecution from Austria and Poland in the 1920s and, on the way to the U.S, stopped in Cuba where they fell in love with the idyllic tropical paradise like the other tens of thousands of Jews who ended up on the island.

I fondly look back growing up Jewish in the Conservative, Cuban-exiled community of Shaare Zedeck Synagogue in San Juan in the 1980s and 1990s. The island of Puerto Rico had 4 million people. It was 98% Roman Catholic, and we were approximately 8,000 Jews, or 0.2% of the population, interestingly the same statistic for Jews on the U.S. mainland.

Throughout childhood, I enjoyed being part of a tight-knit Jewish community where I felt a sense of safety and belonging. The Jewish community spent Shabbats relaxing at the Caribe Hilton cabanas (the hotel famously known to have invented the piña colada) and on the pristine beaches within the Hyatt Dorado Beach Resort, now The Ritz-Carlton. We all went to Hebrew school a few days a week, participated in Young Judaea, and spent summers at large Jewish sleepaway camps across the U.S.

My earliest non-religious Jewish memories at the JCC were filling blue tzedakah boxes with coins and planting trees with Jewish National Fund. At age 12, I approached my parents and told them it seemed like many people showed up for bar mitzvahs to eat the free food. "I saw an ad in a magazine for a two-week bar mitzvah tour to Israel," I said, "and I think I’d rather do that and have my bar mitzvah mean something.”

I successfully recruited two other families to join our tour, so my parents couldn’t say no. It was a life-changing experience during which I fell in love with our homeland. I had to go back and subsequently did, attending a high school summer abroad program in Israel. 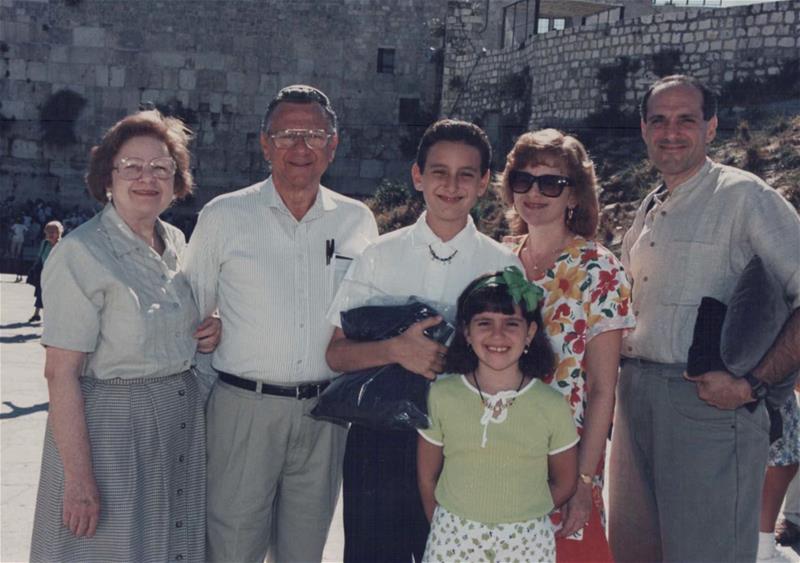 My Zionism and love of Jewish culture and faith continued through college, where I minored in Judaic studies at Tufts University to supplement my legal and business degree. I was a counselor at a Jewish sleepaway camp all four summers in college, and there I met my wife as summer sweethearts (JDate IRL).

The economic stability and security in Puerto Rico rapidly declined in the 2000s, and it was clear I would have to stay in Boston after college. I found myself having to self-exile from my birthplace like my immediate ancestors had to do. I eventually helped my parents and grandparents move to the Boston area. We enjoyed the better part of a decade together once again before my primary life goal became fulfilled.

My Abuelo Dudy’s dream was always to move from Puerto Rico to Miami. His running joke was that "Israel is our homeland as Jews, but as Latin Jews, Miami was the second homeland." After his death, his dream became mine. After 12 years of living in Boston, the opportunity to move to Miami with my wife presented itself and we welcomed the opportunity.

After more than a decade working in human resources for various nonprofits and venture-backed startups as global head of HR, I launched an HR consulting and search firm. Fine-tuning my business development and strategy skills made me realize I wasn't passionate about the work, but I did like and excel at networking, connecting people, and creative out-of-the-box thinking to solve problems. 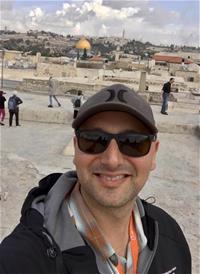 This fall marks my second anniversary with Jewish National Fund as the full-time professional running the Miami-Dade campaign. It has been the most gratifying period of my professional life. Every day is different and exciting because I talk to fellow Zionists from all walks of life, cultures, industries, and generations, about Israel. My job is to enable a connection with Israel and show how together, we can build a living legacy right now. I believe it is our duty as Diaspora Jews to do our part and support Israel's continuation and success.

Miami-Dade County has a long history of Israel support through JNF. Families here have been significant contributors to water reservoirs and special-needs initiatives. The Alexander Muss High School in Israel was founded by Miamians in 1972, decades before Jewish National Fund merged with the school. This experiential study abroad high school serves as a seminal experience for more than 250 local youth annually, and generations of Miamians attribute their experience at HSI as a cornerstone of their Jewish identity.

Finally, I have the distinct honor of working with one of JNF's most dedicated lay leaders, Ron Kriss, the president of South Florida. He and his wife, Marni, sit on the regional board of directors in Miami. His vision to raise money for fire trucks during the Carmel Forest fires led to today's support of Israel’s Fire & Rescue Services. JNF-USA has successfully built needed fire stations and fire trucks, and starting this year, the fire and rescue authority has let us know that they reached their goal and their focus is to now support the growth of their volunteer services, which will enable them to more effectively improve their ability to defend, act, and save lives and property.

With JNF, I have already had two great travel experiences to Israel. After almost 20 years, I returned "home" when I co-staffed the Arts & Fashion Tour this past November and led a virtual JNF tour last month. I look forward to the days we can go to Israel, once again, but for now I love visiting virtually.

Now, through virtual events and meetings, we can reach even more people, and I am glad to be part of the virtual revolution. As members of the JNF community anywhere, we are connected. I hope that when you read this, you will feel our connection as a family, that you see us all as modern pioneers. Every project, every dollar, secures our people and ensures our homeland will always be there so that the next time we face exile, we can go home and that our family that lives there can prosper.

Mike Teichberg is the director of JNF's Miami-Dade area.