In the JNF Kitchen: Gefilte fish with citrus carrot and horseradish creams 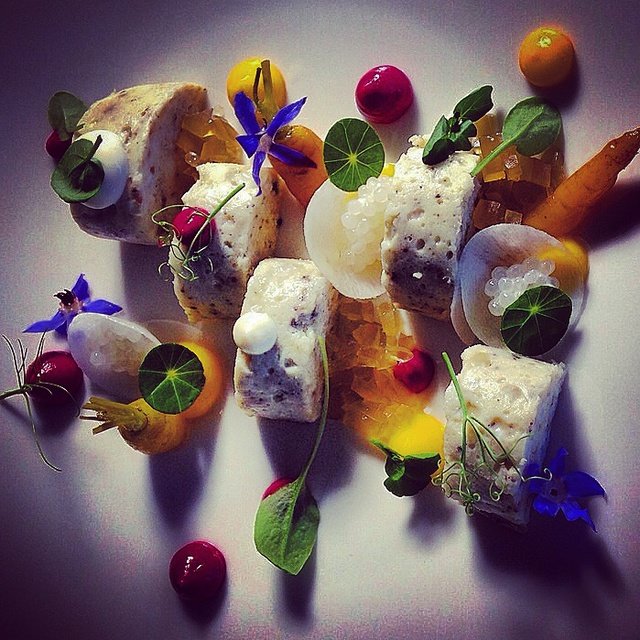 Enjoy the last in our #RecipeOfTheWeek series featuring fantastic Israeli chefs on the itinerary of June's amazing JNF Culinary, Wine and Music Tour. Learn more about the cultural experience here.

Chef Meir Adoni has been dubbed the leader of elite epicurism in Tel Aviv. The top-notch chef is driven by passion and innovation, owning three Tel Aviv restaurants: Catit, Mizlaia, and Blue Sky. He also directs and creates catered events, appears on television, lectures, writes books, and mentors others in the culinary world.

Chef Adoni was born in Eilat, the most southern town in Israel. He was raised with a Moroccan upbringing, and fuses his Moroccan grandmother's inspirations with modern Jewish cooking.

"As a chef, the first thing I bring to the table is tradition," he says. "I respect the original flavors and ingredients. Only then do I add my crazy interpretation, launching the dish off to new and uncharted territory."

Catit, his first restaurant, opened in 2002, and he considers it a culinary temple or gastronomic shrine. At Catit, he blends Moroccan and Israeli traditions with cutting-edge technology.

In 2011, Chef Meir opened Mizlala, a vanguard brasserie where imaginative cocktails and international gastronomic modernity go hand in hand. In 2013, he opened Blue Sky, located on the rooftop of the Tel Aviv Carlton Hotel with views of the spectacular Mediterranean Sea and coastline. This state-of-the-art restaurant is his only kosher restaurant specializing in signature high-end kosher cuisine. It is here that the JNF Culinary, Wine and Music mission participants learn about Moroccan spices, knife skills, and artisanal culinary cuisine.

Chef Meir has continued his education in some of the world's best culinary institutions, and has done apprenticeships with Chef Grant Achatz at Alinea in Chicago; Chef René Redzepi of Noma in Copenhagen; Chef Juan Mari Arzak in San Sebastian, The Basque Country; Le Cordon Bleu in Sydney, Australia; Le Maison Lenôtre of Paris; and others. He published his first book, "The Seven Last Seduction Desserts," in 2003.

Enjoy this #RecipeOfTheWeek by Chef Adoni, and if you make any of these recipes, be sure to send a photo of your creationto [email protected] or tweet it to @JNFUSA with the hashtag #JNFfoodie. We might share it!

For the gefilte fish:

For the citrus carrot cream:

For the horseradish cream:

Using a food processor, make a mousse by mixing half the fish with the water, oil, and egg until you get a uniform consistency.

Add the rest of the ingredients and form a patty or a ring and cook in a fish broth for about 30 minutes.

Make the citrus carrot cream by cooking the carrots in the orange juice with water and bit of sugar and vinegar until the carrots fall apart.

Drain the liquid and blend with a bit of water.

Make the horseradish cream by mixing all ingredients in a food processor until you get a creamy consistency. Strain with a strainer.