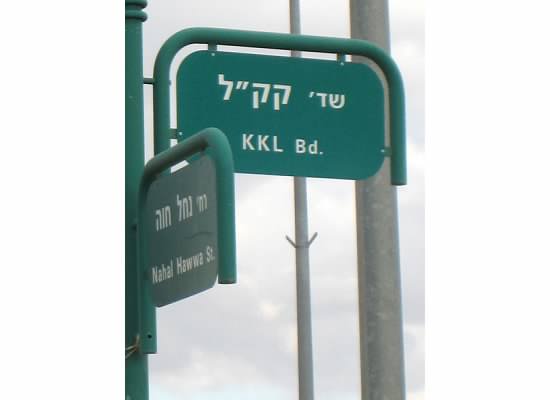 I have just returned from a 2 week trip to Israel.  The first week I was with a group from the Jewish National Fund.  The second week, I traveled through the country on my own.  This was my tenth trip to Israel, the first being in 1965.  This trip, not in small part because it coincided with Israel's 60th anniversary as an independent state, was the best.  The truth is I always say that my last trip to Israel was the best trip so I suppose you can say that every trip is better than the one before.  This one, however, was very special.  Shame on any Jew above the age of 30 who has not yet been to Israel.
To be in Israel is to be at the center of the world and to be a witness to and a participant in a miracle of Biblical dimensions.  The people speak Hebrew.  It sounds so simple but, when you think about it, it is amazing.  The signs and newspapers are in Hebrew.  The songs on the radio, the television programs, movies, plays, commercials, all are in Hebrew.  Jews from Yemen, Jews from France, recent arrivals from Russia and Ethiopia, English Jews, Indian Jews, South American Jews, all of the Jews in Israel speak Hebrew.   "So what's the big deal?" some may ask.  "It is, after all Israel and what else should the people be speaking?"  It is nothing short of a miracle that the Jewish people have revived a language that had not been spoken for over 2000 years and have created a modern culture with literature, music, philosophy, dance, theatre, and everything else that a highly advance civilization produces immediately following a calamity that destroyed 1/3 of our people and left the rest adrift in what should have been a paralyzing depression.  We have arisen like a phoenix, reclaimed our ancient land, revived our ancient language, and gathered in our dispersed exiled brother and sisters.  In 60 years we have turned a land that could barely support a million people into a nation that is the home of 7 million.  We did it while plagued with constant war and embargo that sought to annihilate our country.  Israel is a miracle.  If you do not believe that God created the miracle, then you must believe that the Jewish people did.
One cannot travel the land without recognizing that what has been accomplished in such a short period of time is in large part the work of the JNF.  As our guide pointed out to us, Israel is the only country in the world that ended the 20th century with more trees that it had at the beginning of the century.  JNF planted the trees.  Israel's water management techniques have been cutting edge.  We saw the drippers that crisscross the country, squeezing every drop of water for its ultimate value.  Roads, reservoirs, settlements, forests and the repurchase of the land have all been JNF projects.  We have had the privilege and opportunity to participate in the miracle of Israel through our donations to JNF and other like organizations that support our homeland.  I get a feeling of personal pride knowing that I, to some small extent, have been one of the people that nurtured the miracle.  We are all helpers in the miracle through our buying leaves for trees in Hebrew school 60 years ago and donating over the years to JNF,  Friends of the IDF, purchasing bonds, helping hospitals and orphanages, and helping other projects in Israel.  Paraphrasing the commercial, "planting a tree in Israel: $18; getting your name on a plaque in the American Independence Park: $10,000; the pride felt knowing that you participated in the miracle of Israel: priceless."
The JNF tour took us to Be'er Milka.  Be'er Milka is in the middle of the Negev.  It is literally nowhere.  It is a settlement of a few young families who moved there to establish a Jewish presence in the land. In my Zionist youth, the ultimate hero was the halutz, the pioneer.   Everyone in Be'er Milka is a halutz.  Zionist heros are alive and active in Eretz Yisroel.  Still, I asked myself, what the heck is ever going to come out of a settlement in the middle of nowhere?  A few day later I got the answer.  I went to Kibbutz Hatzerim, where I used to live.  Hatzerim is the settlement that developed dripper irrigation that has spread all over the world.  It is a thriving wealthy community on a tree capped hill in the middle of the Negev.  It was founded in 1947 by a small group of Halutzim who went there, a hill top in the middle of nowhere, to establish a Jewish presence.  I realized that Be'er Milka is what Hatzerim used to be, 60 years ago, and could become what Hatzerim is today.  That's the thing about us Jews.  We dream and we act and our dreams and our actions become miracles.
To learn more about joining JNF's 65th Anniversary MIssion, click HERE.