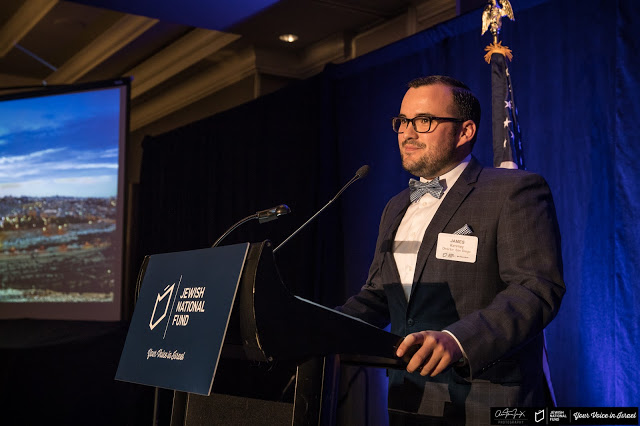 Growing up in an evangelical household in Southern California might be an anomaly for me as Jewish National Fund’s newest San Diego director, but I've learned that Israel’s allies can often be found in the most unlikely places.

I've always been passionate about Israel. I can't pinpoint that one instance where I was sold. I just always felt in my heart that it was the right thing to do. And when I think of Israel, the amazing things that its people do, I think of Jewish National Fund and the impact anyone, even me, can have on the lives and land of Israel.

Shortly after graduating law school, I pursued pro-Israel advocacy vocationally by working for AIPAC in San Diego, Palm Springs, and Orange County. Prior to law school, I was president of the Liberty University Stand With Israel Club, a pro-Israel student group at the world’s largest Christian university. 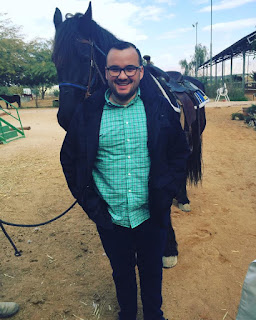 My passion has always been very strong for Israel but I had no way of expressing it, so college was the opportunity for me to put my passion into motion. With the help of a few others, we were able to take a small group of like-minded pro-Israel students and turn it into a movement thousands strong. As president of the student group for three years, I lobbied Congress, hosted distinguished speakers on campus, and held an "Israel emphasis week" where over 10,000 students attended and heard from then Israeli Ambassador Michael Oren.

I’ve been to Israel three times: the first in 2008 with a delegation of 40 non-Jewish student leaders; the second in 2009 through a March of the Living program offered to non-Jewish college leaders; and the third, earlier this year on a special JNF professional mission.

Like every JNF mission, there is so much to see but not enough hours in the day to see it all. The stuff we saw, the work we are doing in Israel, it’s crazy! We are literally changing lives. However, the one moment that stood out to me -- I guess you could call it my "JNF moment" -- happened when visiting the Research and Development center in the Central Arava.

In 2014, my friend Jeff had just passed the California bar exam and landed a job at a huge firm when was tragically diagnosed with ALS (Lou Gehrig's disease). He died four months later. So when we went to the research and development center in the Arava, I was shocked to see that through JNF dollars, we were working to find a cure for this awful disease.

Getting to meet and learn from the scientist and seeing how her work was leading to a cure, which is currently in clinical stage, struck a very strong chord with me.

Of all places in the world, it's Israel that's hopefully going to rid the world of ALS! I couldn’t be more proud to stand with Israel and be a part of this work.

On this mission I also met with many JNF partners, visited beautiful JNF sites and experienced firsthand JNF's work. I was blown away by the work we do: Halutza, Be'er Sheva, Alexander Muss High School in Israel, the Sderot playground. For years I knew of JNF for the trees and the blue boxes, and had no idea of the magnitude and the reach of our work. So to see it firsthand, to experience and soak it all in, it forever changed me.


I am so excited to help take JNF in San Diego to the next level. I have a great board, an amazing boss, and work with the most talented professional and lay colleagues around. JNF is home and I don't see myself anywhere else. So if they'll have me, I am here for life.
PLANT TREES IN ISRAEL