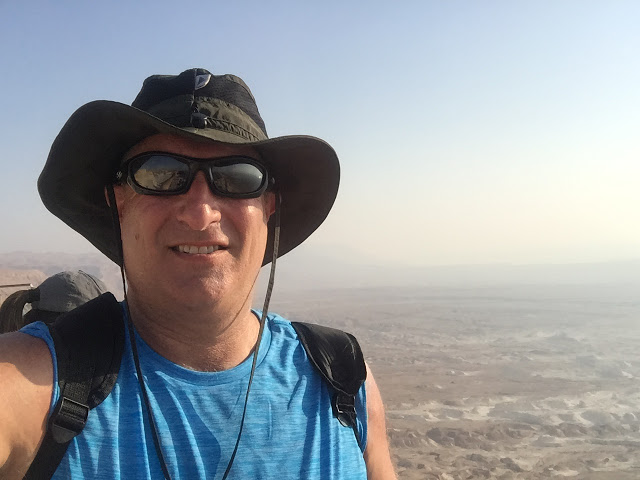 In 1983-84, I decided to take a year off from college, what is commonly know these days as a gap year.  After some long discussions with my grandmother, I was encouraged to go to Israel and live on a Kibbutz. When I arrived in Israel on a bright and sunny October day, I looked around and proceeded to ask myself, 'what have I just stepped into?'

Living on Kibbutz Beit Hashita, which is located between Afula and Beit Shean, during that year instilled in me a spirit of Zionism that led me toJewish National Fund after a 22-year career in professional sports. 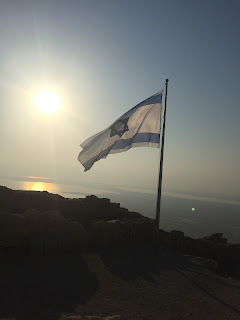 Since joining JNF in 2012, I have been to Israel three times on various missions and have come home each time telling my family about the amazing things JNF is doing to improve the infrastructure and lives of Israelis. My adventures were always met with the question "when am I going?"

This summer, I answered that question when I took my family on a 12-day Israel excursion to see JNF in action.  My goal was to show my family the work I have been doing for the past 5 years and have them see how Israel could not exist without JNF!

I refer to our Israeli partners as my friends, and on this trip my family had the pleasure of meeting many of my pals who all gave us a VIP tour of their respective areas.  First, we met with Yoel Rosby and Chanan Kupietzky to learn the story of the reunification of Jerusalem at Ammunition Hill. There, we dedicated a plaque on the JNF Wall of Honor for my grandfather who was a WWII Private. We also met Alon Wald, Head of Operations at Ammunition Hill, who regaled us with the story of his father's heroic fight, and sadly, his death, at Ammunition Hill during the 6 Day War when Alon was just 10 months old. One would think returning to Ammunition Hill and being on the site where your father died in battle would be traumatic; however, Alon told us how proud he is of his father, how his mother brought him to Ammunition Hill to play in the trenches as a young boy and how he got to know is father through surviving members of his unit.  This story, and its example of the tenacious Zionist spirit, really resonated with my family.
Yoel then took us to the the American Independence Park in the beautiful Judean Hills for a dedication to my grandmother at the JNF Wall of Eternal Life. This site also houses the B'nai Mitzvah Wall, and is where JNF honors its donors, something I was proud of showing my family.

My daughters went on to learn about Green Horizons and its programming, which allows 3,500 kids to experience the outdoors of Israel via hiking, rafting, and climbing. We got a taste of that ourselves when Green Horizons Liaison Ido Reichman Eisikovits took us on an amazing hike in Yehudiya Park located in the Golan Heights, where we repelled 50 feet into a natural water spring and hiked for more than 5 hours experiencing a variety of Israeli terrain.

The week went on with similar amazing experiences. My family learned how no Israeli citizen is ever left behind with a visit to Special in Uniform with Colonel Tiran Attia, where they saw the pride of soldiers with special needs who are working in the IDF.  My daughters were also amazed at the ingenuity of the Kibbutznicks at the Ayalon Institute that provided the Haganah with ammunition right under the noses of the British and then they got to hear firsthand from Noa Gefen about Israeli history during Shabbat Dinner.

But the moment when my family realized the importance of JNF was on our day with Yedidya Harush as we toured the packed Sderot Recreation Center, Halutza and finally Aleh Negev.

While at Aleh Negev, we met a family visiting with their 21 year-old wheelchair-bound son, someone who was not expected to live past the age of 10. When Yedidya introduced me as the Executive Director of JNF Los Angeles, the family could not thank me enough for the work we do. They said, “we could not live a normal life without JNF, todah rabah (thank you) from the bottom of our hearts”.  I was crying, my wife was crying, my daughters were crying.  In the car ride back to Tel Aviv, my family told me how proud they were of me and the work JNF is doing on behalf of the people of Israel.
As fundraisers, we rarely get to hear directly from the people we are raising money for, but on that occasion, those statements by that family reiterated to me what JNF is all about and how proud I am to be part of such an amazing organization.
PLANT TREES IN ISRAEL