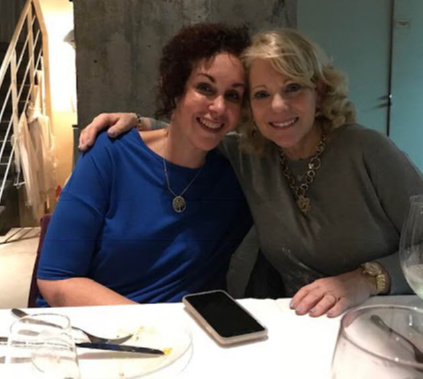 It was a beautiful sunny morning in Jerusalem as 36 participants of the Queen of Sheba Mission of the Women for Israel Campaign departed our hotel on Veterans Day headed for the 9/11 Memorial. It's the only memorial for the worst terrorist attack on US soil outside of the United States. We knew it would be an emotional morning, but we were not prepared for how much so.

When we arrived, another group was there. It was Heroes to Heroes, an organization that provides healing and support for American veterans who have PTSD or are on a path to self-destruction due to their service in countries such as Iraq and/or Afghanistan. With funding help from Jewish National Fund, the Heroes to Heroes program embraces them, brings them to Israel and helps them on a road to healing the moral injury suffered. 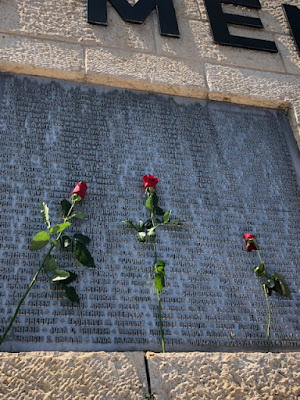 The women from the Queen of Sheba Mission heard two of those heroes speak about their self-destructive behaviors before finding the program. Most poignantly, we heard from a soldier who was finding solace in drugs and alcohol and felt he had no way out.

After dropping his children off at school one day, he took all of his painkillers and had a gun pointed at his head, ready to pull the trigger. Suddenly, his phone rang and it was the Heroes program literally pulling him back from the edge. The program saved his life. He spoke of the miracle of going to the Western Wall and how he could feel it healing his hand ravaged in war. He spoke about his anger being taken away and being replaced with love.

Another amazing part of the day was that one of the Queen of Sheba participants found a veteran in the group who had trained with her son, who is still in the military.

As we all moved forward to place roses on the names of those lost on 9/11, we embraced the soldiers and thanked them for their service. Still wiping tears from our eyes, we reluctantly returned to our bus and on to our next location never to forget the most memorable Veterans Day we have ever had.