Not the Israel of their youth: Baby Boomers see country anew on JNF tours 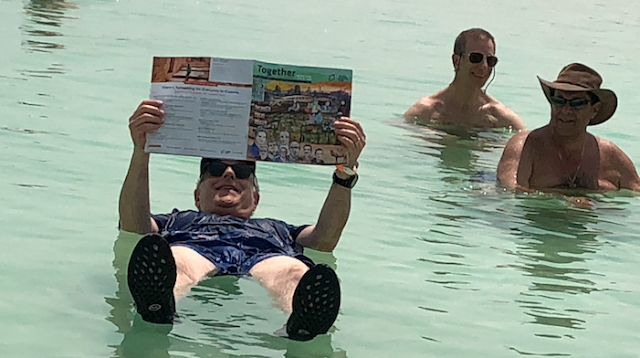 Over the course of nearly 20 years, over 500,000 young Jews have traveled to Israel with Taglit-Birthright for an unforgettable opportunity to connect with the country. Alleviating the fear that the next generation of Jews will drift further from their Jewish traditions, Birthright has become an institution for Israel education and learning. Parents and grandparents "kvell" when their children return from such a transformative experience, living their Israel experiences vicariously through Facebook and Instagram photos, and also feeling newfound appreciation for Judaism and Zionism and pride in their heritage.

But loving all Israel has to offer isn't just for the younger generation, as a recent Jewish National Fund (JNF-USA) Sunshine Tour for travelers 55 and over proves. "This is not the same Israel I grew up with," one participant said. "This is an adventure in context with the land. It is living history and it's really spectacular."

Of the 46 participants on the trip in early September, 36 had never been to Israel.

“We were looking at a synagogue trip, but we wanted to go with contemporaries with interests similar to ours," said one of those who'd never been, Al Wolf of Detroit. "If anyone knows Israel, it’s going to be Jewish National Fund. I mean they were here before there was an Israel, right? When I told my sister, Michele, about this, she immediately joined us -- and that was the icing on the cake." 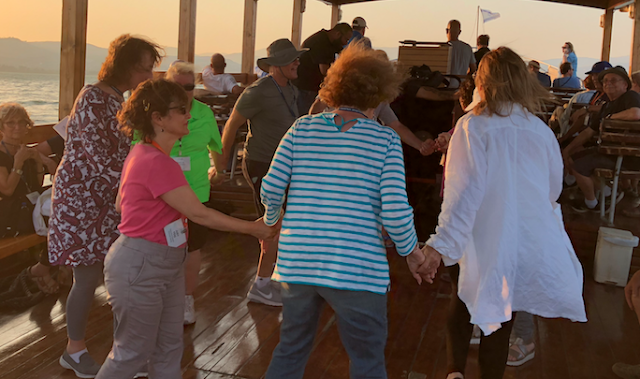 Just as Jewish National Fund has redefined itself as not being "your grandparents' organization," so too has Israel become a completely different country since the 1960s and early '70s.

"In my travels for JNF-USA around the country, I would often ask older people if they had ever been to Israel," said tour chair Dr. Melinda Wolf, who began the Sunshine Tour seven years ago with Tony Award-winning actor Hal Linden. "Most had not been, or it had been some 30 years since they were last there, and had not returned because they felt age was a preventing factor traveling across the Israeli landscape."

A geriatric physician, Dr. Wolf saw the opportunity to enable active seniors to travel through Israel. While it was once billed as a "senior mission," the Sunshine Tour is now more a luxury and exploratory adventure that involves participants who've globetrotted to some of the world's most exotic destinations.

"I've been a big supporter of Israel and Jewish National Fund for many years, but I haven’t been back to Israel for 20 years," said Jeff Wien of Chicago. "Yes, I’m getting on in age, but I didn't want to go on a trip for altacockers [Yiddish for 'old guys']. I was shocked at the youthfulness and atmosphere in Tel Aviv. Everyone's out riding bicycles or surfing in the Mediterranean; it was just so vibrant."

From watching the setting sun and sipping wine on the white sandy beaches of Tel Aviv to jeep rides in the Golan Heights guided by top Israel Defense Force officers, members of the Sunshine Tour could not help but fall in love with an Israel that abounds with culinary delights, shopping, innovation and technology -- a stark contrast from the black and white images of kibbutzniks picking oranges they grew up with in the early days of the country. Writer's note: kibbutzniks still pick oranges, along with avocados, pineapples and more, most of which is exported to Europe.

"This vision of Israel that we all grew up with is completely outdated," said Matt Bernstein, Jewish National Fund-USA's Chief Planned Giving Officer. "We went out for a night in Tel Aviv at one of the local cafes, and if you didn't know you were in Israel, one would think they were in Paris, Vienna, or any world-class city."

Israel has emerged as an internationally recognized travel destination, and is so much more than a rite of passage for young Jewish millennials. For Baby Boomers, Israel was ingrained as part of their Jewish identity, but many felt left behind as Israel moved into the 21st century. That’s no longer the case as different generations today are seeing Israel with eyes wide open and more opportunities to experience a variety of tours and adventures. 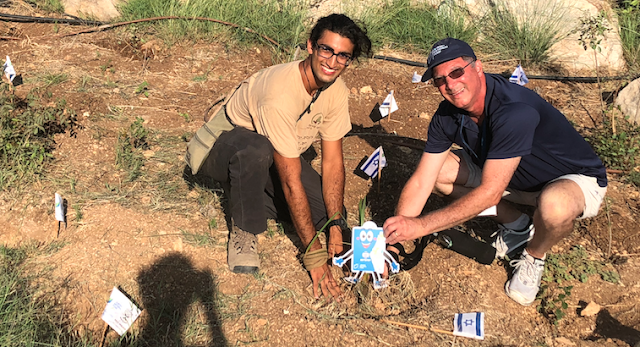