Power of Women spotlight on Susan Farber: How a JNF mission changed my life 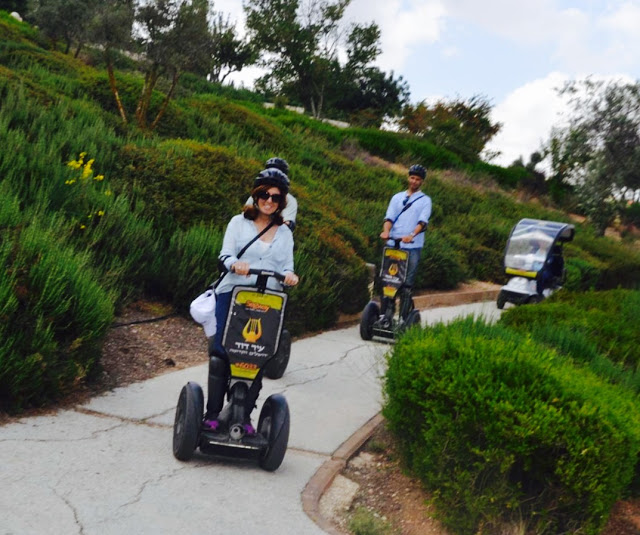 Throughout May, we celebrated the amazing women that make JNF what it is -- within Israel and outside. We continue our Power of Women series with Susan Farber, who describes the profound impact JNF has had on her life since she got involved less than two years ago.

I'm 59 years old, a Chicago native who has lived in Phoenix for the last 31 years. I am married to Steven, a physician, and together we have raised three wonderful children. Until recently, I worked full-time running Steven’s medical practice. Now that my children are grown and out of the house, I have gotten more involved in my community. Full disclosure: Until fairly recently, I thought of JNF as the tree people; I remember the blue and white boxes at Hebrew school. I had nothing against trees, but felt my efforts were better placed in other organizations in my Jewish community.
That all changed in 2014, during the summer of Operation Protective Edge. I had just been to Israel in April, bringing four couples who had never been. We had an incredible tour, getting a real insiders' look at Israeli society. So when the war broke out, I could not believe what I was observing on my computer was the country that was so calm and peaceful three months earlier. I went to a pro-Israel rally, and learned JNF had quickly organized a solidarity mission to Israel that was scheduled to begin in five days. I came home and told Steven, and he said, "Of course, this is your passion, you should go."

That mission changed my life. In five days, I saw what it was like to live in a country under attack. I understood the sirens were there to protect me, not scare me. I was part of a delegation that came, hugged local residents, and shopped locally for toys for children for the Sderot Indoor Recreation Center and essentials for soldiers.

We packed boxes for the soldiers, although constantly interrupted by the sirens warning us of incoming missiles. I began to understand life in Israel in a new way. How does a mother living in Sderot or Halutza tend to her children, get to a market or run errands while constantly having to find shelter? You have 15 seconds. What if you have three children; who do you grab first? You become a prisoner in your own home.

But I realized that JNF was there in this time of crisis. It promised and delivered 30 new bomb shelters, the Sderot Indoor Rec Center was a safe haven where children could play and be children out of harm's way. This humble group from JNF was there to reassure Israelis that they were not alone. We met with TV stations, mayors and other dignitaries, all of whom took time out of their incredibly difficult and very busy schedules to greet us and offer insights to the current situation.

I was so new to JNF, I kept asking, "Who is the guy running around in a suit?" Turns out it was Russell Robinson, CEO of JNF. He was so modest, unassuming, I had no idea his role in this incredible organization. We also toured many of JNF’s projects; we got to see dreams become reality. The vision for the Southern Negev sang to me; I saw JNF's handprint in the
region, what it has built, and what was yet to come.

I came home and within 24 hours was having lunch with Deb Rochford, executive director of JNF Arizona. I just babbled on, so excited about what I saw and did on this trip. I told her, "Put me to work!" I told my husband I was done working in the office. It was time for me to retire, and follow my passion. That was one and a half years ago, and I have since joined the board, took on general campaign chair, and became a Sapphire. I just joined a task force and completed the Mega Mission. I am thrilled to be part of this group. We have great plans for our Southern Negev region, which includes Sderot, Eshkol Region, and Shaare Negev.

Participating in JNF has been and is pure joy for me; I recently attended the AIPAC Policy Conference and was amazed how many of my JNF mishpocha I greeted! We are all united with one misson, bonded through one thread -- to make Israel a better place for all.
PLANT TREES IN ISRAEL