Reflections on a JNF staff mission to Israel 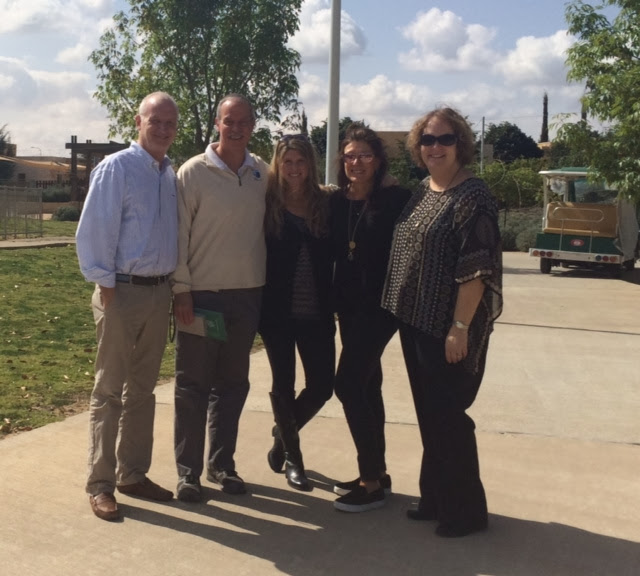 This past week, 45 members of the Jewish National Fund's USA staff participated in a staff mission to Israel to see projects, participate in team building, and become even more energized by the important work that we do. This post was submitted by Jodi Perlmuth Popofsky, senior campaign executive, Greater New York.

Getting to Israel
Before my flight began, a passenger became ill and had to get off the plane. This was followed by a search for his baggage, and so our on time departure was not in the cards. My hopes of getting to Tel Aviv in time to meet the LA contingent (and their van to Be'er Sheva) were dashed.  Instead, after a decent amount of sleep on the plane, I got myself from Ben Gurion airport to the train and to my hotel in Be'er Sheva just about 10 minutes after the other 40 or so people in my group.

Start to the day
I met four of my colleagues at 6 a.m. the next morning and we ran for approximately 4 miles -- it was a lot of fun and was followed by a great breakfast, then onto the busses to begin a big day of touring.
Giv'ot Bar
First stop was the community called Giv'ot Bar where we saw a real community in the desert, built with JNF support. What was originally barren desert has been transformed -- first with an idea, then with trailers, and now with real houses. Demand for these houses is so high that a third phase of development is in the works.
Aleh Negev
Upon arrival at Aleh Negev, a state-of-the-art rehabilitative community in the middle of the desert, we were met by its founder, Major General Doron Almog. In my estimation, Doron may be the person with the biggest heart I have ever met.

Doron told us how Aleh Negev invites prisoners to engage with the disabled residents as part of the therapeutic process. This has a positive impact on both the criminals, whose actions were, by definition, intentional and conscious, and the residents, who suffer with disabilities borne with neither consciousness nor intention.  Seeing  the smiles on children being cared for lovingly and individually was moving beyond words.  Helping to strengthen parents who feel shame about their child's disability and helping them to love proudly is a part of Aleh Negev and an important step in legitimizing the disabled population. If Gandhi was correct that a society is judged by the way it treats its weakest members, then Israel is a stellar example of humanity. 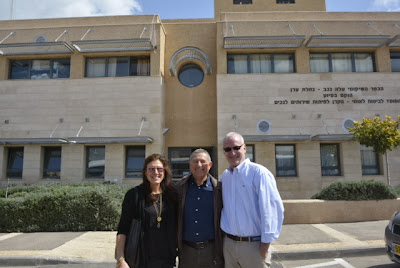 Sderot
Our next stop was the Sderot reservoir,  where we learned about the way in which Israel recycles and reclaims much of its water.  From there we went to the Sderot indoor playground, which doubles as a bomb shelter giving children a place to play, safe from attack. 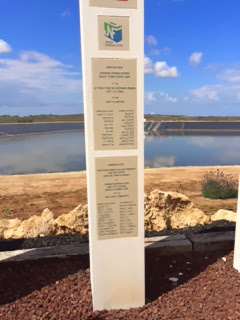 Wadi Attir
After lunch at Sderot, we went to the town of Hura, to hear the Mayor speak about the Wadi Attir project. Essentially, this project represents the collaboration among several Bedouin communities, university scientists, the Israeli government, and JNF.  By embracing the farming and agricultural practices that are part of the Bedouin culture, the project seeks to extend the production of herbal remedies and skin care products made by the Bedouins from indigenous plants.  The project includes a Research and Development Center and will add about 70 jobs to the area; the development spawned, however, will be far greater than the immediate jobs created because it will improve the Bedouins'  vocational opportunities. By integrating the Bedouins into Israeli society in a manner that is consistent with the best aspects of their culture, Wadi Attir ensures that they will retain their identities without being left behind by mainstream Israeli society.  What an amazing example of cooperation between people otherwise thought to be at an impasse. 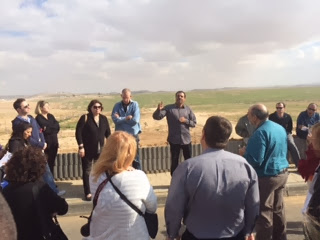 Be'er Sheva River Park
Next stop was the Be'er Sheva River Park, where we saw the fruits of some of JNF's efforts.  This dried-up river bed was previously home to layer upon layer of crushed and abandoned cars -- a huge wasteland of metal and garbage. It is now a shining example of urban renewal and a tourist destination. We also saw the recently opened 12,000-seat amphitheater and beautiful Pipes Bridge. Very soon there will be a 20-plus-acre man-made lake using recycled water. 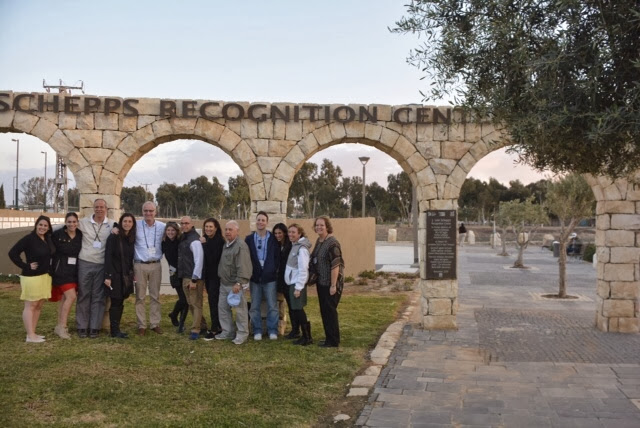 Abraham's Well
Seeing Abraham's Well just before going to dinner was the perfect conclusion to the day.  This well, the site where Abraham makes a covenant with Abimelech, represents the Jewish people's ties to the land of Israel. Like everything else that we visited, it is part of Blueprint Negev -- JNF's bold initiative to build communities in the Negev, ensuring the growth and sustainability of the nation of Israel. 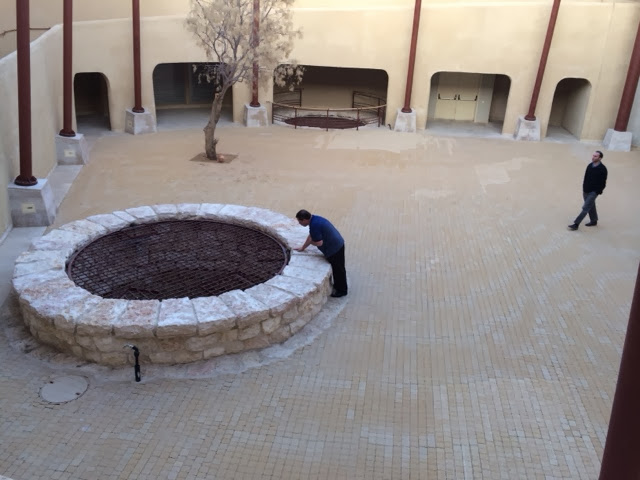