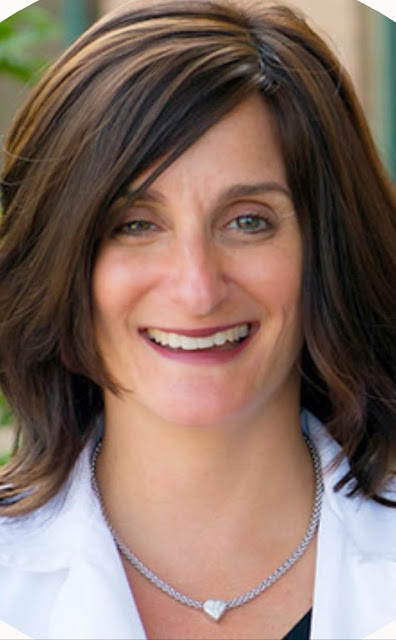 To mark International Women’s Day 2015, March 8, Jewish National Fund lauds two powerhouse women, both Cincinnati residents, for their leadership roles and hard work on behalf of JNF, as well as their efforts in their broader local communities and in Israel. Read about Nina Levine Paul here.

Dr. Ronna Schneider:  "It's my responsibility to give back"

Dr. Ronna Schneider, a pediatrician and owner of a medical practice in Cincinnati, credits her family’s history with motivating her to "give back" to the community. As the JNF national co-chair for both the Doctors for Israel affinity group and the 2014 Doctors for Israel tour, Ronna credits her father’s volunteer work as a dentist and a life-changing encounter in Greece for putting her on the leadership track at JNF.

"My parents were involved in Jewish Federation and in the community, so volunteerism was instilled in me early on," the Cincinnati native says. "During the 1980s, when Russian Jews were immigrating to the US, he volunteered one day a week to clean their teeth and give them dental exams. As a physician, I now understand what a sacrifice it was for him to give up a whole day of work."

Several years ago, Ronna experienced a turning point in her life that bolstered her father's example of the importance of giving back. At the Holocaust Memorial in the city of Salonika, Greece, as part of a Jewish Federation National Young Leadership Cabinet trip, she listened as the non-Jewish tour guide recounted the history of the area during the Holocaust and told the story of the Yosafat family of Katerini, whose members the town mayor helped to escape and who were hidden for two years by locals on nearby Mt. Olympus.
Ronna’s maiden name is Yosafat and, unbeknownst to the tour guide, it was her father’s family he was speaking of. It was an emotional moment for her and the guide, who knew the family personally. Through him, she was able to connect with relatives still living in Katerini.

"After the war, my father’s family was assisted by various Jewish agencies and organizations to get to the US, settle in Cincinnati, and find housing and work," she says. "I attribute part of my family’s success to this aid and the efforts of the Jewish community. So, I feel it’s my responsibility to give back, and to provide not only for my children and grandchildren, but for future generations who may not have the same opportunities."

Ronna first became involved with Jewish National Fund some 18 years ago when she joined Southern Ohio's Young Leadership Board. However, her involvement was short-lived when she pursued her dream to  become a doctor. Then, a few years ago, a physician friend interested her in joining a group of doctors who care about Israel. “I started getting involved on the board and then I received a call from the JNF national office asking me to take on a more national role as co-chair,” she remembers.

The Doctors for Israel affinity group affords Ronna the perfect opportunity to give back.

Ronna, whose daughter Abby is currently studying at the Alexander Muss High School in Israel semester program through JNF, is quick to point out that it is in part because of the support from her husband, Ben, and their four children, "whose love of Israel and of being Jewish also drives me every day to give back,” that she works so hard to ensure Cincinnati has the resources and talent it needs to sustain the Jewish community. "I want to make sure it’s around for a long time," she says.