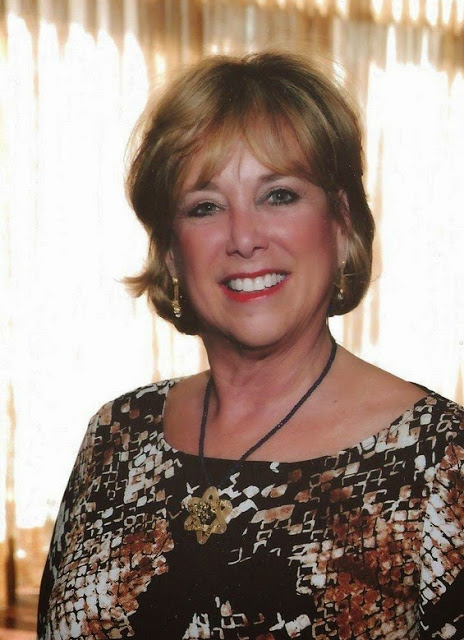 To mark International Women’s Day 2015, March 8, Jewish National Fund lauds two powerhouse women, both Cincinnati residents, for their leadership roles and hard work on behalf of JNF, as well as their efforts in their broader local communities and in Israel. Read about Ronna Schneider here.


For Nina Levine Paul, it all started 29 years ago when she arrived in Cincinnati from Los Angeles, married her husband, Edward, and became involved in JNF. There, she discovered people who shared her love of Israel, and she channeled her experience and skills as a businesswoman into her volunteer work, especially fundraising. Nina climbed through the ranks, became Southern Ohio regional president, and today is national vice president of the women's campaign.

Along the way, Nina joined the Sapphire Society, JNF's women's major-gifts division, and continued with other campaigns, all of which earned her recognition as JNF's first campaign all-star.

In addition, she sits on JNF's Israel Relations Committee and chairs the Manual D. and Rhoda Mayerson Inclusive Parks Project, which supports the creation and redesign of all parks in Israel to be inclusive for people with and without disabilities.

As an undergraduate student, Nina studied in Israel for two years and returned to California planning to make aliyah. Instead, she ended up in Cincinnati, where she and Edward raised their children, daughter Lainey and twin sons Jake and Max. "Life happens and I didn’t go, so my JNF activities are the closest I could come to being connected to Israel," Nina says.


Lainey did go, however. She made aliyah two years ago and now serves in an IDF Intelligence unit. Jake studies at the University of Cincinnati; Max was diagnosed with a brain tumor when he was 8, and requires round-the-clock care. Max's needs were instrumental in Nina's other philanthropic and volunteer work, including with the Hamilton County Development Disabilities Service, ReelAbilities: Disabilities Film Festival, and the Cincinnati Children’s Hospital Special Needs Unit. She and Edward created the Max Paul Brain Tumor Fund which helps children reintegrate into their schools and communities after suffering from brain tumors or traumatic brain injury.

"Besides Max, I grew up with a brother who was brain-damaged from birth, so I have lived with similar issues my entire life," she says. "As a result, I’m sensitive and empathetic to people with special needs. At JNF, we have partnered with several Israeli organizations to help those with disabilities." These include LOTEM-Making Nature Accessible, which offers people with special needs access to nature and Aleh Negev, Israel's largest and most advanced network of residential facilities for children with severe disabilities.

A true pillar in the Jewish community, Nina also volunteers with the Jewish Federation, Rockwern Academy (formerly Yavneh Day School, where her children attended), the Jewish Community Relations Council, and the newly formed Israel and Overseas Council of the Jewish Federation. Recently, she joined an international steering committee for the P2G (Partnership Together) and serves on the local P2G board. In addition, Nina is a past president of Adath Israel Congregation, the largest Conservative Jewish congregation in Cincinnati.

An entrepreneur with a 30-year career in the jewelry business, Nina sold her company in 2007 and has since focused on community projects, finding the most satisfaction in her work with women. "There's a lot of power in women's philanthropy. Women give to the cause, whereas men often give because of who asks them," she says."As women, we’re really touched by what we’re doing and by how we’re making a difference."
PLANT TREES IN ISRAEL