A Wall of Honor, Hope, and Heritage

Among the many heritage sites that Jewish National Fund-USA (JNF-USA) supports in Israel, Ammunition Hill is among the most important and profound.

Originally used as a British ammunition storage area in the 1930s, the site was captured by Jordan in the War of Independence and used as a high ground from which to fire down upon the people of the burgeoning Jewish nation. Recaptured in 1967 in a bloody battle, the Hill remains a strategic and historic high point that has been maintained by JNF for many years.

On the Hill’s Wall of Honor are listed the names of many who have fought to protect the Jewish State and other nations. The plaques on the Wall are purchased by soldiers and their families and the proceeds benefit the development and renovation of the Hill and, more recently, construction of a new multi-use complex that will house a computerized data center, library, exhibition hall, and conference center.

Among the many JNF-USA supporters who have their names on the Wall of Honor is Army First Lieutenant E. Robert Chertkof. 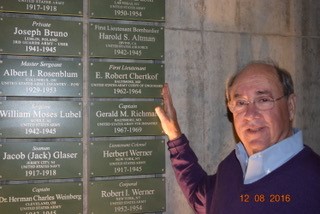 Growing up in Baltimore, Chertkof davened (prayed) at Beth El Congregation every Shabbat, after which he and his father would share Kiddush and lunch with his grandfather, who would regale him with stories of life in Russia and coming to America.

“He said that he never slept in a bed until he came to America,” Chertkof recalled. “He chose the U.S. because of freedom of religion and because he had heard about opportunity to accomplish if you were willing to work.”

As both of his grandfathers had been able to come to this country and make something of themselves, Chertkof felt a deep desire to give back to his family’s adopted nation. While attending Bucknell University, he enrolled in ROTC and ended up serving in Indonesia after graduation.

“I graduated in May if 1962 with BS in engineering,” he recalled, “and was commissioned the same day…two hours before I got my diploma!”

On his way home from Asia, Chertkof met his parents in Israel and toured for a week. While he maintained that he “had not been imbued with feelings for Israel” as a child, Chertkof became enamored with the Jewish State and eventually also feel in love with JNF. 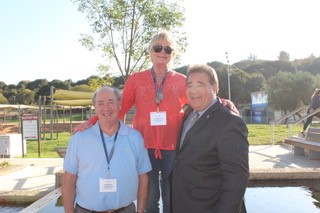 Contacted in 2014 by JNF-USA National Campaign Chair Diane Scar in Baltimore, Chertkof ended up on a mega-mission related to JNF-USA’s Go North program in 2015.

“I was like a fish,” he said of his involvement in the organization. “I kept getting rolled in more and more!”

While he had not known much about JNF-USA growing up (other than “Blue Box Bob,” he recalled), Chertkof soon became a major donor and has since supported many JNF programs throughout Israel.

“There’s nothing not to like about JNF-USA,” he observed. “They do wonderful things in Israel…. And they do so many things, it’s mind boggling!”

As he had served proudly in the military, Chertkof was brought to Ammunition Hill. Though most of the plaques there had been put up by relatives of the honored, he decided to honor his own military career by adding his own name to the Wall.

Chertkof also added the name of Captain Gerald Richman at the same time. 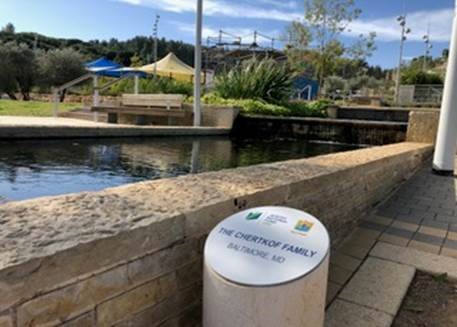 “He was a friend who had served in Vietnam,” Chertkof explained, “which was a much harder tour than I had!”

As he is aware that fewer Americans are participating in the military, Chertkof thinks that the numbers of additions to the Wall may decrease in years to come and so encourages others to add names, even if they are their own.

“Having been in the military,” he suggested, “you have a soft spot in your heart for the military.”

And as more stories of soldier neglect come out all the time, Chertkof emphasized the need to support soldiers however we can.

“The Wall of Honor is a great place for tourists to go,” he said, “but I think there will be less people who have friends or family to put names up and I hope that they will contribute to help maintain it.”

As for himself, Chertkof says that he plans to find new JNF programs to donate to in the future.

“I have moved on from the Hill,” he said, “but it is good to know that my name is there so, if my descendants visit, they can see our family name.”