Norah Alawadhi Spreads Peace Between Israel And The UAE

A photo might not be able to speak, but it can say a million words. Two countries, once enemies on the international stage, have come together thanks to the Abraham Accords. And thanks to the unprecedented effort to bring peace to the Middle East, the unlikeliest of pictures was taken.

In October, Norah Alawadhi and Ronny Gonen did the unthinkable. They each grabbed their nation’s flag -- a red, black, white and green United Arab Emirates flag for Alawadhi and the blue and white Israeli flag for Gonen -- and headed to a scenic overlook with the Burj Khalifa in the background.

“Ronny was in the UAE for a couple of months,” Alawadhi said of her Israeli counterpart, whom she met through a mutual friend. “I offered to take her out and have brunch. Whenever we took selfies, we felt like we looked like each other. It’s the Abrahamic blood.”

The photo showed the immediate impact of peace, with an Israeli flag being shown to the entire Gulf region. The photo was shared on social media thousands of times, including by Prime Minister Benjamin Netanyahu. The unimaginable became real, all thanks to a photo taken by Alawadhi, an Emirati pro-peace activist, and Gonen, an Israeli travel blogger. 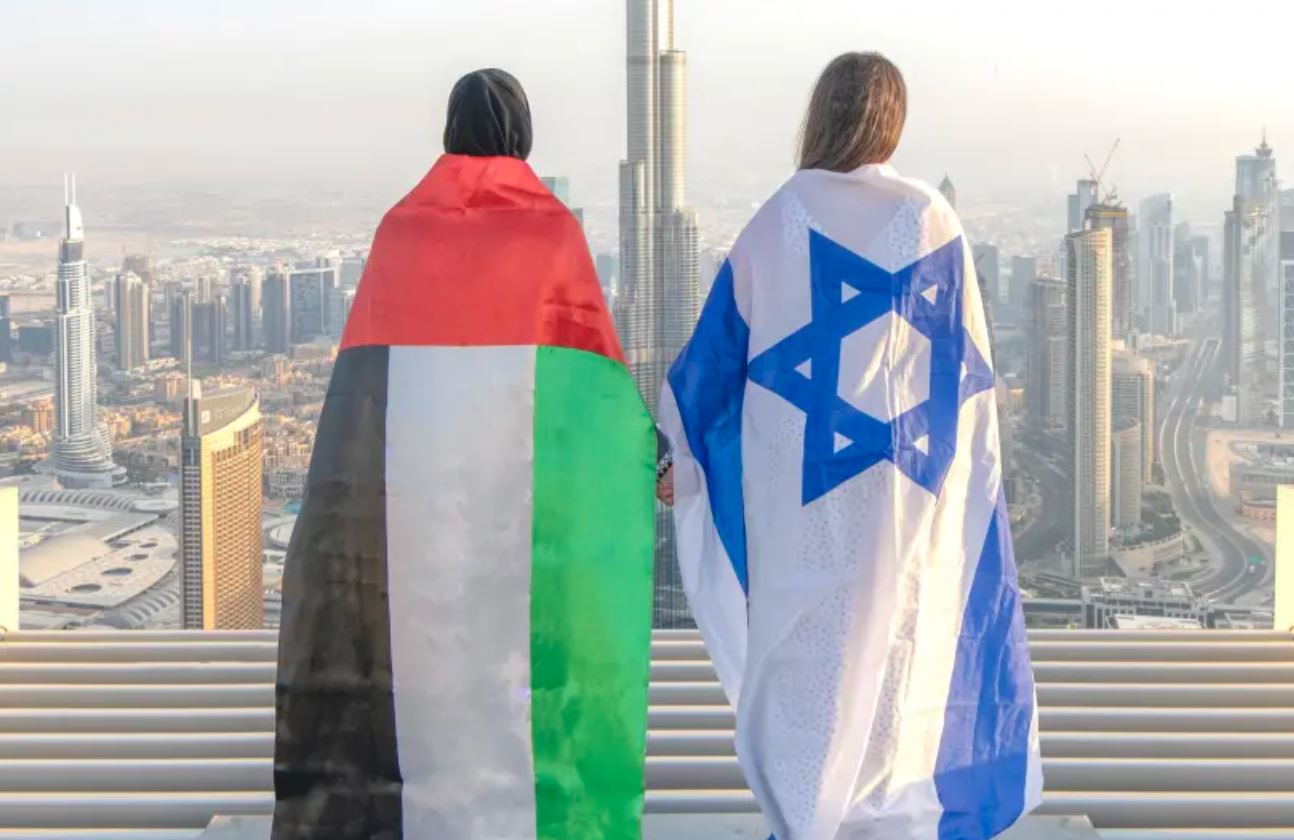 Several months later, as the Abraham Accords continue to spread light throughout the region, Alawadhi is ready to explain how life in the UAE is already different. In a conversation with Jewish National Fund-USA (JNF-USA) IsraelCast host Steven Shalowitz, Alawadhi is not shy about her passion for spreading peace and making sure the world understands the impact of the Abraham Accords.

“Being in the UAE, our leaders have taught us to coexist,” she said. “We have a Ministry of Tolerance, and with tolerance comes coexistence.”

Ever since the photo went viral, Alawadhi has continued her mission of spreading peace and love between Israelis and Arabs. She’s spoken on panels and has continued to tell people why the Abraham Accords will have a long-lasting impact.

Alawadhi is a program manager in risk management in the banking sector. She once asked her boss for time off to visit Israel, continuing to spread the peace from the Abraham Accords. His response: “Please go. Spread that.”

Because of Israel’s coronavirus lockdown, she cannot travel to the Jewish state at the moment. When she gets over to Israel, though, she has big plans.

“I want to meet the president and, definitely, the prime minister because he was the one who retweeted the photo,” Alawadhi said. “I want to thank him, personally, for doing this. I want to meet the mayor and deputy mayor of Jerusalem, plus some personal friends.

“I really want to see Haifa, because I know most of the coexistence happens there. You see different religions and different backgrounds living there.”

Alawadhi believes that once she does arrive in Israel, her work will be as important as ever. She wants people to have an open mind and learn how to communicate with others, even when they don’t agree.

But Alawadhi wants to go one step further. Rather than just spreading tolerance between the Jewish state and its Arab neighbors, she wants everyone to have mutual respect in order to spread these key lessons globally.

“We want to make this peace between the people,” she said. “If you don’t see kindness in the world, just try to find it and spread it.”

And to top it off, Alawadhi is even learning how to speak some Hebrew.

“Whenever people say, ‘Do you want to do this?’ I say sababa,” she joked.

JNF-USA’s IsraelCast comes out every other Wednesday, available wherever you listen to your favorite podcasts. Visit jnf.org/israelcast.