The Legacy of Sharon Schweidel

New York’s legal community lost an advocate for justice with the passing of Sharon Schweidel.

Sharon grew up as an observant Jewish woman in Brooklyn before becoming a long-time resident of New York City’s Upper West Side. Sharon will be remembered as an accomplished attorney and litigator as well as a dedicated supporter of the land and people of Israel.

Sharon got her undergraduate degree from State University of New York at Buffalo in 1970 and got her J.D degree from New York Law School in 1986. She volunteered as a Special Master in the Supreme Court, New York County and volunteered her time to sit as an Arbitrator in Small Claims Court. She retired from law six months before she died so that she could pursue her love of traveling. 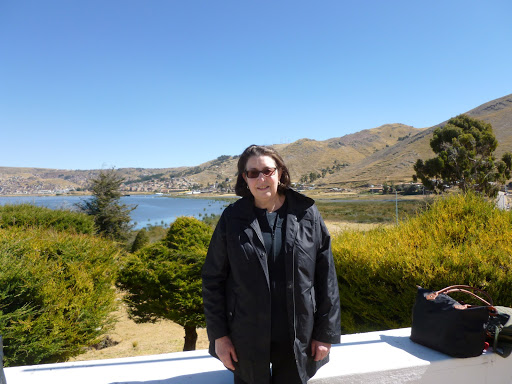 Sharon Schweidel on a recent trip to Israel

Roberta Tarshis, Sharon’s friend and executor, called Sharon a strong-willed independent woman, and noted that she was an avid traveler, saying, “she hit every continent except Antarctica.” Sharon also loved languages and was fluent in French and comfortable with Spanish.

At Roberta’s recommendation, Sharon took a life-changing Jewish heritage trip to Israel, which truly connected her to her Jewish roots. Roberta feels that Jewish National Fund-USA (JNF-USA) fulfilled that connection for Sharon, and naming JNF-USA as a beneficiary of her estate was symbolic of the deep connection Sharon felt for the land and people of Israel and Jewish people everywhere.

Sharon’s memory will live on through her support of the land and people of Israel. To learn more about including Jewish National Fund in your estate, contact a Planned Giving Specialist at 800-562-7526 or [email protected]