Wall of Honor a Perfect Fit for Friend

Plaque of Bini Steiner at JNF-USA's Wall of Honor

When Dick Berman first met Bini Steiner, he wasn’t sure what to expect. “On one of my yearly trips to Israel, my friend Itai said we were going to meet a friend of his. So we went to Bini’s apartment at 10 in the morning, where it was mandatory with Bini to have a shot of scotch.” 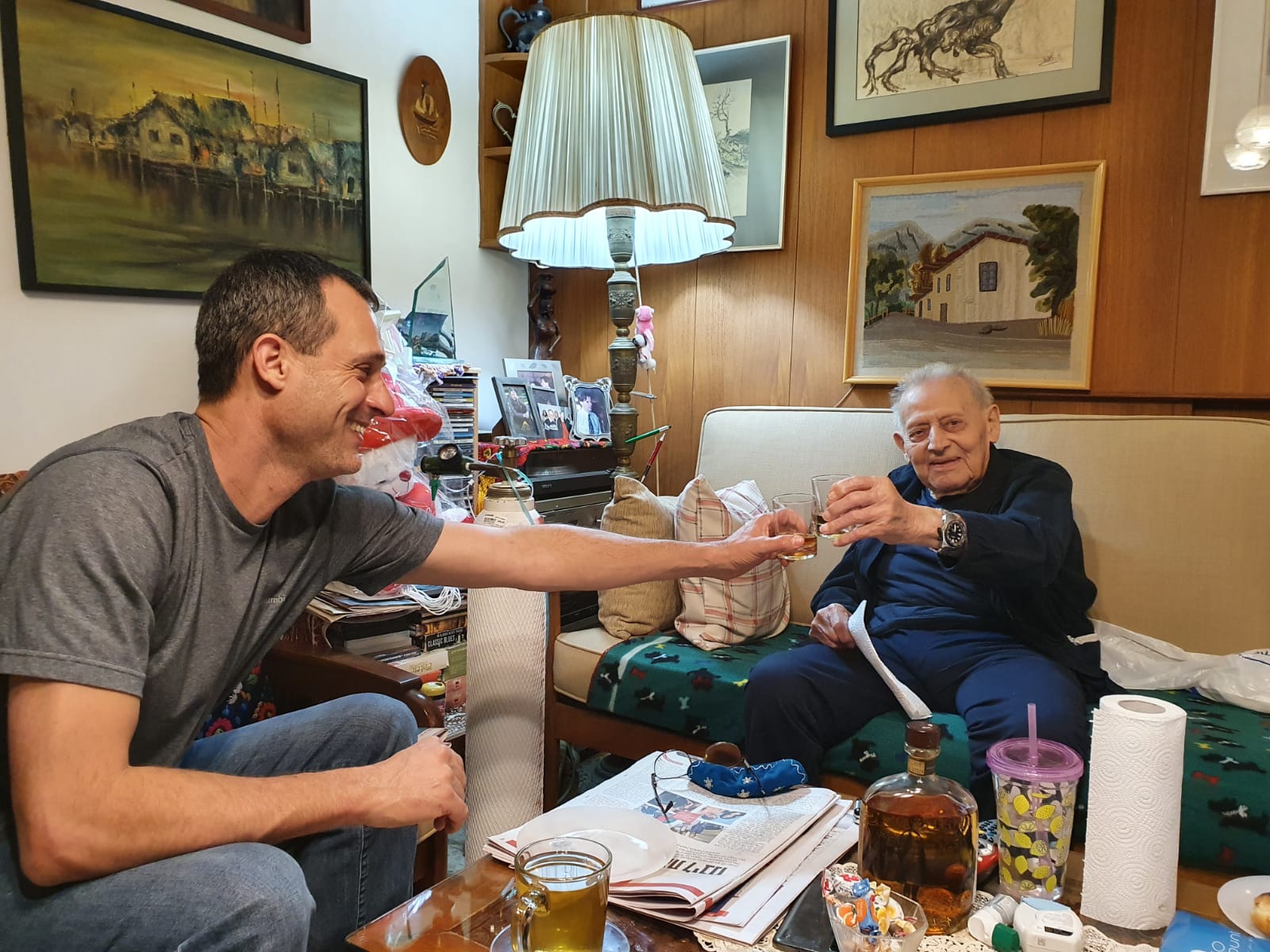 Bini Steiner in his apartment with a friend

JNF-USA’s Wall of Honor acknowledges Jewish soldiers throughout history, living and deceased, who loyally served in defense of their home countries. It is located at Ammunition Hill, a historic battle ground in Jerusalem that saw some of the fiercest fighting during the Six Day War before the liberation of Jerusalem. The sight is supported by JNF-USA as part of its heritage preservation efforts in Israel.

As they became closer, Dick grew more impressed by Bini and his life story. “His story is incredible,” Dick said. “The fact that he escaped the Nazis in Hungary and took a ship to pre-state Israel [is remarkable]. He was with the Haganah before 1948, and from 1948-73 he was with the Israel Defense Forces (IDF).”

After his service with the IDF, Bini worked for Israel’s security services until 1996, doing everything in his power to make Israel a safer place.

Even retirement hasn’t slowed Bini down, as Dick notes he still volunteers with the security services. “Several times a week, he and his caretaker will go over to their office and he volunteers, even to this day at 95 years old!” 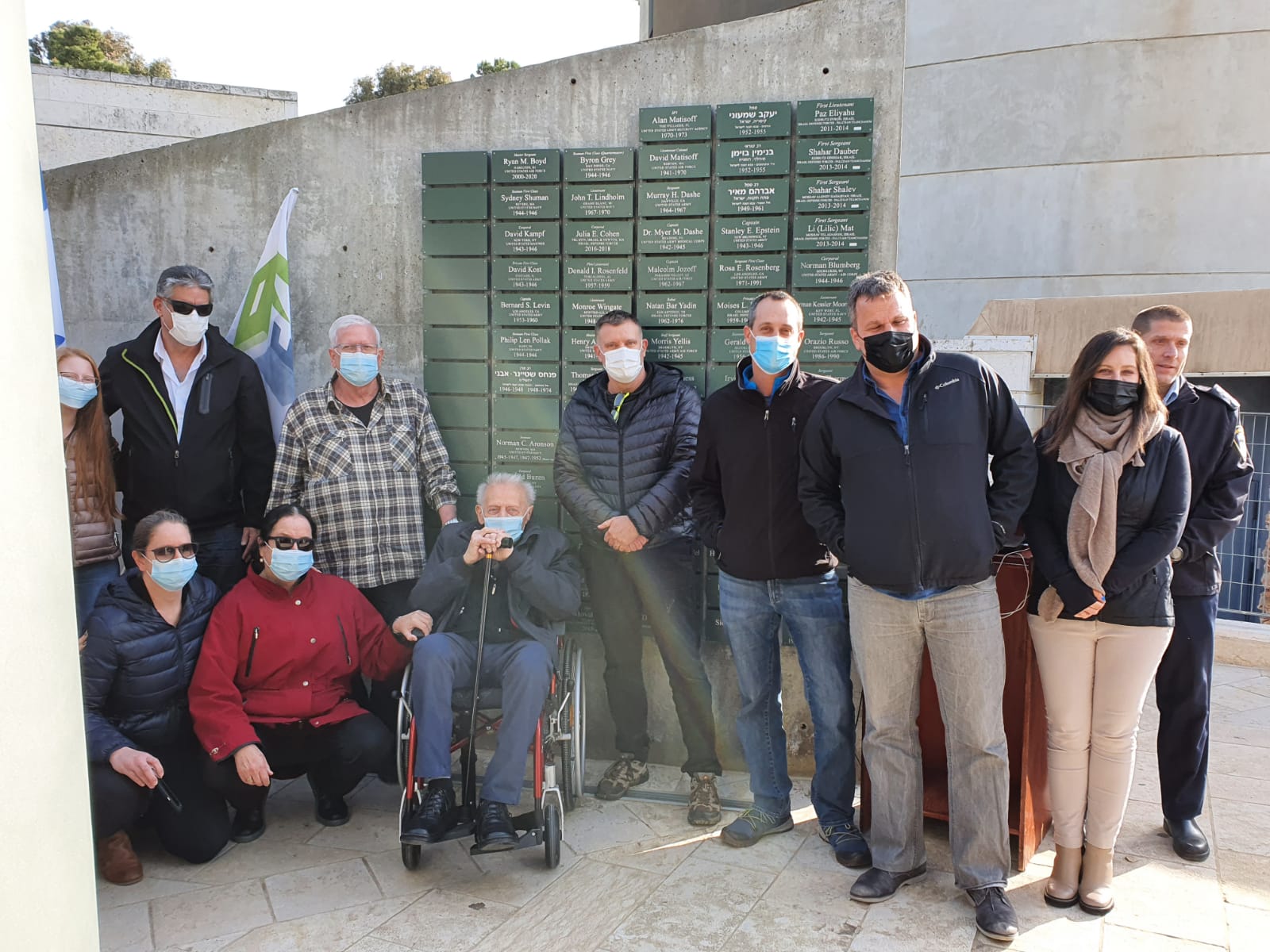 Bini at the ceremony with friends and family

As he learned more about Bini, Dick realized that JNF-USA’s Wall of Honor would be a perfect way to recognize his friend. He raised the funds to make it happen, then went over the details with Bini’s family for accuracy and approval. “They wanted his name in Hebrew,” he said.

He and Itai scheduled the ceremony, which was a challenge due to the Pandemic, yet after figuring out a date, they contacted Bini’s family and his old unit.

The entire ceremony was set up as a surprise for Bini. “You always fear that he would have a heart attack, but he’s a tough little guy,” Dick jokes.

Dick also points out that Ammunition Hill has a special meaning to Bini. “He was instrumental in getting rounds of ammunition from Mt. Scopus to Jerusalem, so they knew they would have to defend that in ’67, and one of those vehicles is up on Ammunition Hill today.”

A Rhode Island native who now calls California home, Dick, who ran a sales and marketing company before he retired, has been active with JNF-USA for over a decade. He served for three years as the JNF-USA Northern California Board President and is involved with several affiliates.

“It’s a great organization. This is the one Jewish organization where you get to see where your money goes, which is really important to donors like myself.”

But for Dick, who also served in the US Air Force out of college, the Wall of Honor clearly means a lot to him. “It’s a wonderful testament to the men and women who served in the armed forces around the world.

Bini at the ceremony

He’s also excited that he was able to honor his friend on the Wall. “This is what established the State of Israel: people like him,” Dick says. “We don’t talk enough about these people. We never talk about the people in the trenches.”

He adds, “Bini represents what Israel is all about. You get people from all walks of life who answered the call, coming together to protect the country.”