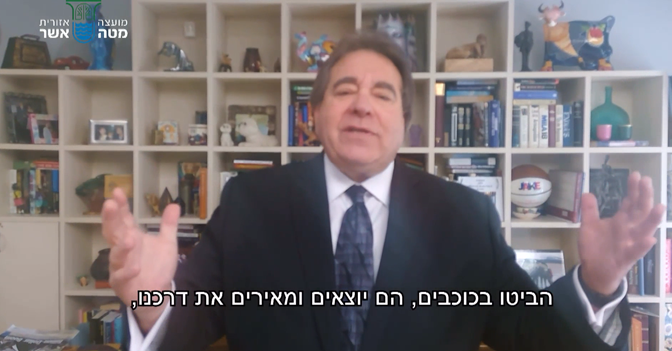 In Robinson’s address, he recalled the courage of those who stood up to the tyranny of Nazism: “It is a privilege for me to represent Jewish National Fund-USA and our thousands of donors who are committed to the centrality of the land and people of Israel. In these unchartered times, we must recognize that others went through significantly harder times, yet they rose up and fought for freedom. They fought for the opportunities that we have today, and yes, the opportunities that we will still have tomorrow.”

Israel’s President, Reuven Rivlin, paid tribute to those who perished in the Holocaust

The commemoration ceremony was facilitated by Israel’s Ghetto Fighters’ House museum, the first Holocaust museum in the world and an organization founded by Holocaust survivors. Since its establishment in 1949, the museum tells the story of the Holocaust during World War II, emphasizing the bravery, spiritual triumph and the incredible ability of Holocaust survivors and the fighters of the revolt to rebuild their lives in a new country about which they had dreamed – the State of Israel. 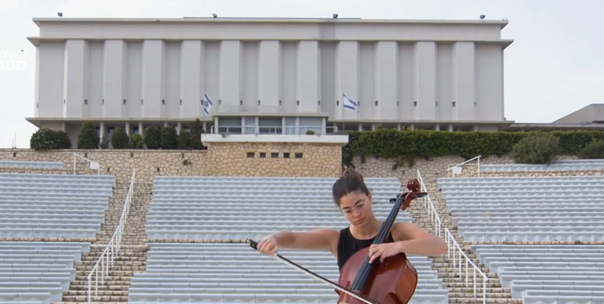 “Today, children in Israel, the US, and around the world are facing the same realities. Fear, uncertainty, and trepidation. Yet, we need to look at our security rather than insecurities. On this Remembrance Day, Yom HaShoah, we need to remember that it’s the human spirit that will take us forward to the days ahead.”

Jewish National Fund-USA is the leading philanthropic organization for Israel that supports critical environmental and nation-building activities in Israel's north and south. Through its One Billion Dollar Roadmap for the Next Decade, Jewish National Fund-USA is developing new communities in the Galilee and Negev, connecting the next generation to Israel, and creating infrastructure for ecology, special needs, and heritage preservation.