Attendees learned how JNF-USA is ensuring the future of the Jewish homeland by investing money, time, and talent into unparalleled Zionist education and advocacy efforts. As the largest provider of Israel education programs in the U.S., Muss is one of the organization’s key programs that connects Jewish teens to their Jewish heritage. It has proven to cement their relationship with the land of Israel, leading many to become “loud and proud” leaders in the Jewish community.

Ninety-three percent of the program’s alumni, many of whom have attended top universities including Georgetown, Princeton, Yale, Harvard, and Columbia, have rated Muss — the only pluralist, college prep, fully accredited program where high school students from the United States and across the globe study abroad together— among the three most influential Jewish educational experiences of their lives. Today, 70% of former participants donate to Jewish charities, 65% are engaged with Jewish/Zionist organizations, and 63% are members of a synagogue. 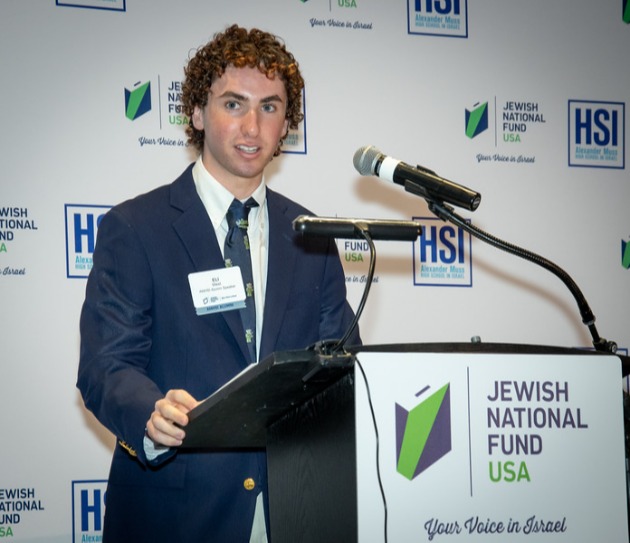 “Muss is a unique and pivotal part of Jewish National Fund-USA’s vision of ensuring a strong, secure, and prosperous future for the land and people of Israel,” said Adam Tennen, JNF-USA’s co-executive director, Mid Atlantic. “This program combats antisemitism from high school hallways to college campuses across the country. It has produced such strong results, in fact, that plans are underway to increase global student enrollment from 1,500 per year to 5,000 per year when a second campus is constructed at JNF-USA’s planned World Zionist Village in Be’er Sheva.”

During the program, former Muss president and Honorary Chair of the Board, Robert Werner, presented Bebchick with an engraved award in recognition of his many years of leadership and dedication to the school. Bebchick also received a citation from the State of Maryland that was presented by Cheryl C. Kagan, Maryland State Senator, District 17.

In addition to his philanthropic investments with JNF-USA, Bebchick supports the Israel Quest and Onward Israel programs of the Jewish Federation of Greater Washington, is a past president of Congregation Beth El of Montgomery County, and has served on the boards of the Jewish Federation, Jewish Agency for Israel, and the Jewish Foundation for Group Homes and American Jewish Committee, among others. 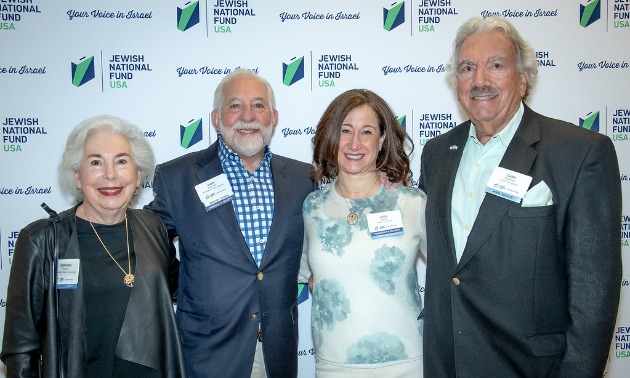 “I am extremely flattered and honored to receive this recognition,” said Bebchick. “However, what truly matters is making the greater Washington community aware both of the life-changing and life-long impact that Muss can have in fostering a teen’s identity to Judaism and Israel.”

The community brunch also commemorated JNF-USA’s partnership with the Charles E. Smith Jewish Day School (CESJDS), in which Muss serves as the exclusive educational provider for the school’s Irene and Daniel Simpkins Senior Capstone Israel Trip. “CESJDS and Muss have been partners in educating our high school graduates for over 20 years,” said Head of CESJDS, Rabbi Mitchel Malkus. “We share a commitment to fostering a love of Israel in our students while educating them to have a rich knowledge of the history, culture, and people of Israel from ancient times to the present day.”