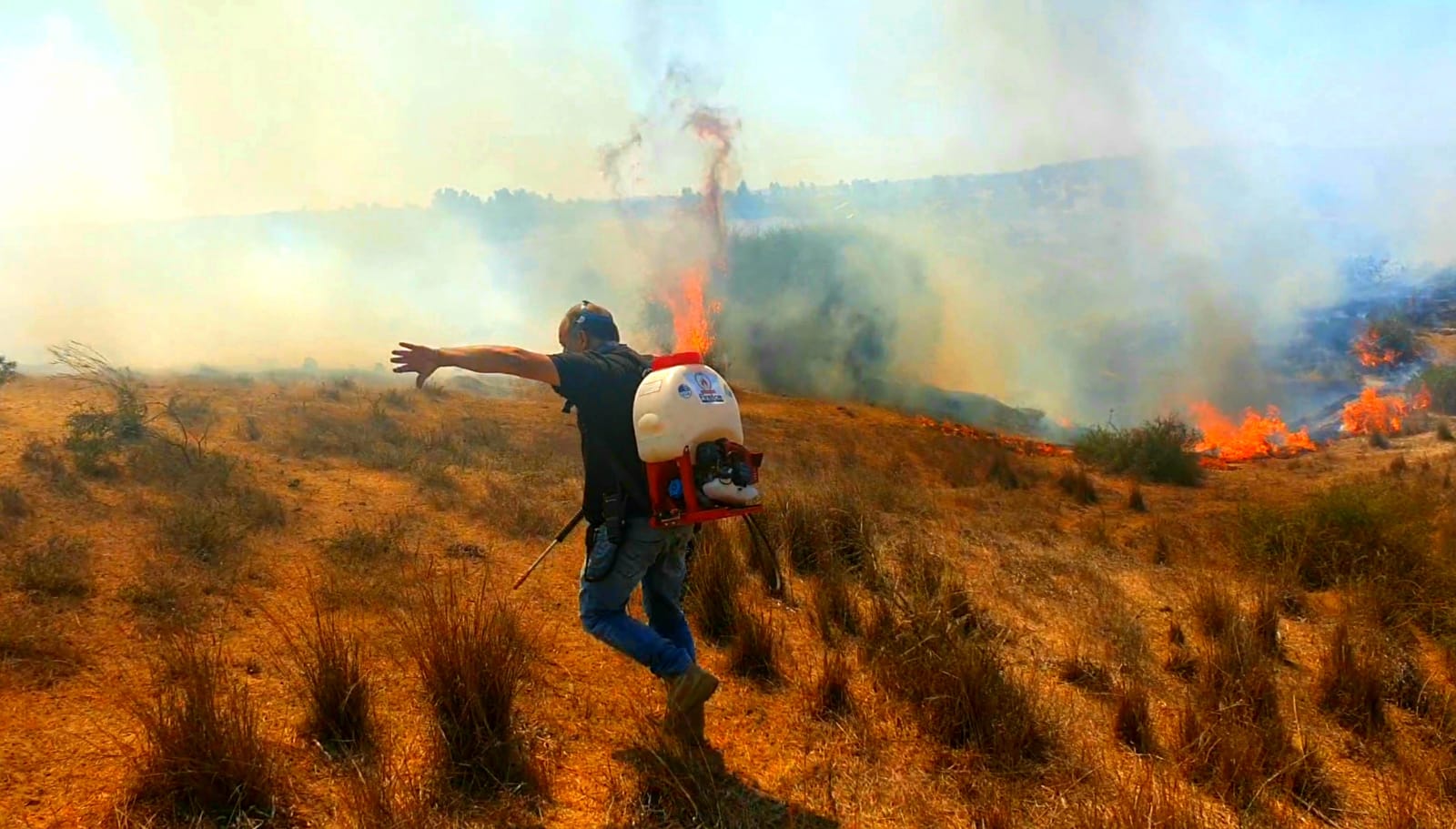 An Israeli firefighter rushes to extinguish one of the 600 fires caused by terror balloons from Gaza over the past three weeks.

Gaza Envelope, Israel: August 28, 2020 – Almost 600 fires caused by incendiary and explosive-laden balloons sent by terrorists in the Gaza Strip have plagued Israel’s Gaza Envelope region over the past 19 days as thousands of acres of forest have been destroyed.

Jewish National Fund-USA’s regional liaison and volunteer firefighter, Yedidya Harush reported on Thursday from the border with Gaza as smoke from a recent fire billowed behind him. 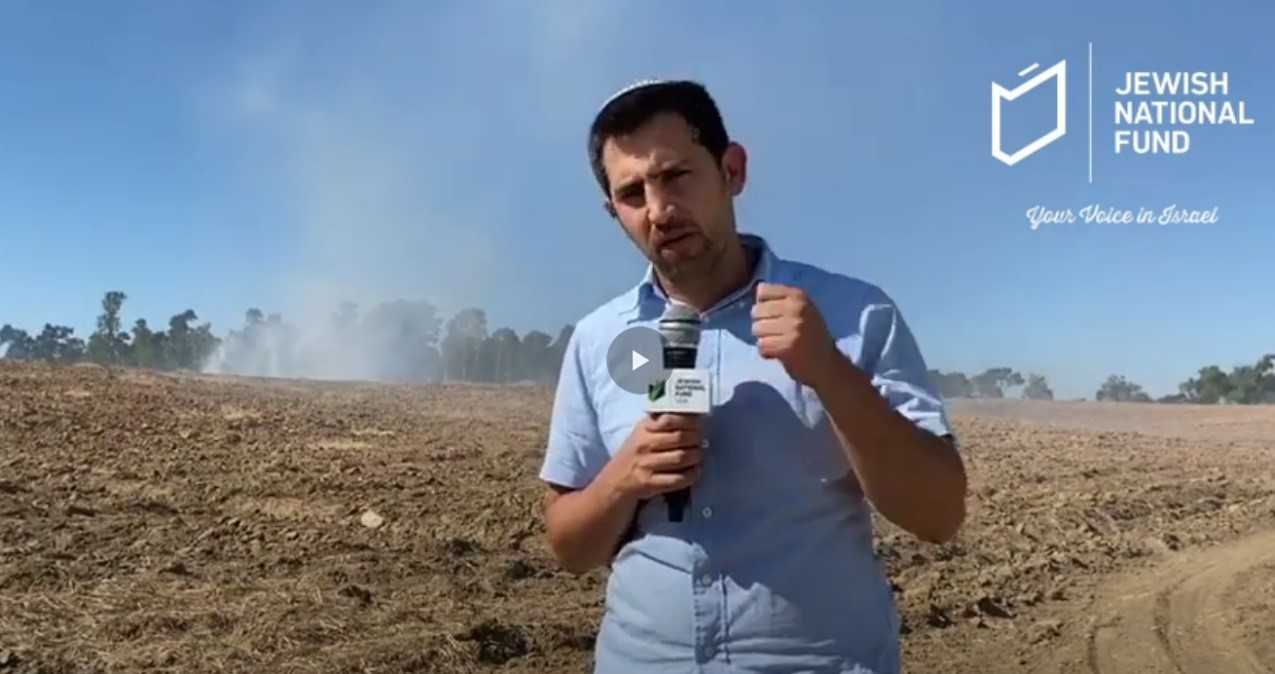 While the region has experienced relative calm over recent months, terrorists in the Gaza Strip continue to cynically launch colorful children’s balloons laden with explosives at communities throughout the Gaza Envelope.

“You can see that the entire area [behind me] is covered by smoke where a forest was set on fire by one of the balloons,” said Harush. The firefighters including myself and the rest of the volunteers are working tirelessly with the firefighting department and the security officers to ensure we take down every [incendiary] balloon and kite. Every time there’s a fire, we take it down quickly.”

Throughout the region, parents have taught their children to stay away from stray balloons in the area’s parks and playgrounds for fear that the balloons may have explosive devices attached.

Jewish National Fund-USA (JNF-USA) has invested in firetrucks and firewagons, enabling Israel’s first responders to tackle the ongoing wave of fires. In addition, the organization’s Gaza Envelope Taskforce has led the development of new, often fortified playgrounds, schools, parks, and other amenity-enhancing projects to help the region’s residents feel some sense of normalcy while attracting newcomers from the center of the country to settle in the Gaza Envelope.

“I thank [JNF-USA] for your partnership for helping us to stay strong and to have the right equipment that we need,” said Harush. Thank you so much!”

Jewish National Fund-USA’s Chair of the Gaza Envelope Taskforce, Betsy Fischer, expressed her concern and support for those in the region: “It’s difficult for many of us here in the U.S. to imagine what it’s like to reside in an area under constant threat by terrorists. These are difficult times for the residents of the Gaza Envelope, and we are doing everything we can to support their safety, security, and most importantly, future prosperity.”