Back to the future: Making Beit She'an a place young people return to 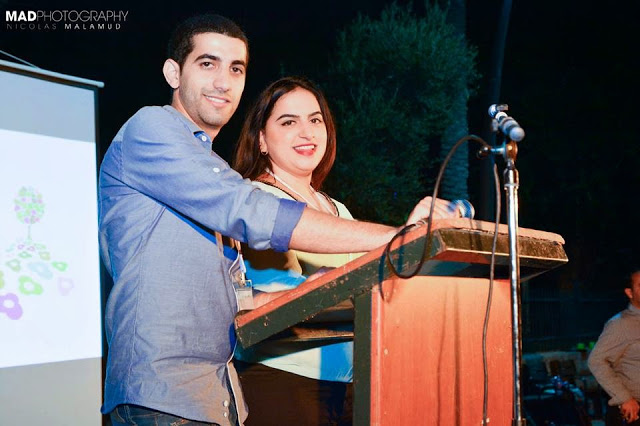 A few months after arriving in Israel from Los Angeles, organizing our house, and getting the kids settled in school for what was to be our two-year adventure abroad, JNF CEO Russell Robinson asked me to do some work in the northern city of Beit She'an.

I had only been to Beit She'an once, when I worked on an archaeological dig there for a week while studying at Tel Aviv University many years ago. Who goes to Beit Shean? Well, I guess I was...

On one of my first visits I was introduced to a group of young adults, all in their mid twenties. Some attending university, some working in Beit She'an, and all complaining about the fact that there was no future for them in this city, one of the most ancient in the country. They had no motivation to return after their college years and already had their sights on Haifa, Tel Aviv, and Jerusalem.

As part of JNF's $1 Billion Dollar Roadmap for the Next Decade, which includes a push to develop the country's northern region, we asked what JNF could do. What would make them stay in the area? They all said the same thing: we need a place to meet, to hang out, to learn, to celebrate.

Russell said, "Let's do it. Let's create a state-of-the-art young adult center." And he was adamant from the beginning that this was their place. They would decide how they wanted the building to look and feel, and what activities would take place there.

Since these first meetings back in January we have visited many centers across the country - Yerucham, Dimona, Beersheva, Afula to name a few. They came away learning something unique from each visit.
A building was found, an old college that was no longer in use on the outskirts of the city but still within walking distance from the center of town. A large building with a huge yard perfect for barbequing and outdoor gatherings.
The building itself will house classrooms, conference rooms, a large hall for events, offices, and a coffee shop. The group of young adults decided that they would like to rent bikes to tourists and give guided bike tours of Beit She'an and Emek Ha Mayanot. A way to make some money and increase tourism to the area.

The group just held its first event on a Wednesday night in late October -- more than 250 students and young adults in their twenties and early thirties attended to hear about the plans for the new building from Chief Development Officer Rick Krosnick, get an update on activities from the young adults themselves, and be entertained by comedians Tamir Buskila and Sagiv Friedman.

It was a wonderful kickoff event, sending the students off to various parts of Israel but with the knowledge that something amazing is waiting for them back in Beit Shean when they return.

Hermine Mahmouzian has served for 14 years in various JNF capacities, most recently as a consultant working on major-gifts solicitations and special events. She currently lives in Rishpon, Israel with her family.