Tisha B’Av in the Age of Israel

Tisha B’Av (the 9th day of the Hebrew month of Av) has traditionally been a day of mourning for the Jewish people. On or around this date, various tragic events have taken place: the First and Second Temples in Jerusalem were destroyed; Jews were expelled from England in 1290 and from Spain in 1492; and, in 1914, World War I broke out. Similar to Yom Kippur, Jews abstain from eating, drinking, wearing leather, and generally avoid celebrations on Tisha B’Av.

The Babylonian Talmud talks about the destructions of the Temples:

Why was the First Temple destroyed? For the following three things: idolatry, sexual impropriety and bloodshed....

But then why was the Second Temple—where people were occupied with Torah and mitzvot and deeds of compassion—destroyed? Because there was sinat chinam (groundless hatred). This teaches that groundless hatred is equal in weight to the most serious transgressions: idolatry, sexual impropriety and bloodshed.

The classic book, Sefer HaAgadah (compiled from traditional texts), elucidates the meaning of sinat chinam through the following story:

Bar Kamtza: ‘Now that I am here, let me stay, and I will pay you for whatever I eat and drink.’

Bar Kamtza: ‘Then let me give you half the cost of your banquet.’

Bar Kamtza: ’I will pay the full cost for your entire banquet.’

The host: ’Under no circumstances!’

The host grabbed Bar Kamtza by the arm, pulled him up from his seat, and threw him out.

The ousted Bar Kamtza said to himself, ‘Since the sages sitting there did not stop him, it would seem that what happened met with their approval. So, I will go to the king and inform against them.’ He went and said to Caesar, ’The Jews are about to rebel against you.’

It is taught that R. Eleazar said [from the aforementioned humiliation of Bar Kamtza]: ‘You can see what a serious offense it is to put a man to shame. For take note—the Holy One espoused the cause of Bar Kamtza and, as an aftermath, destroyed His house and burned His Temple.’”

For this reason, many believe that in order to properly commemorate Tisha B’Av, one must remember all the tragedies, to establish continuity with the past as a constant stimulus for repentance and good deeds.

While tragedy has befallen Jews on this date in the past, we must remember that today we have the State of Israel. We are proud of all that Jewish National Fund has done to establish it as a model for the world through water conservation projects, agricultural initiatives, community building, and so much more. I treasure our shared history, so this year on Tisha B’Av I will commemorate our history, but with an eye towards combatting the current threat of groundless hatred in the world.

I would like to wish everyone an easy fast and a meaningful Tisha B’Av. 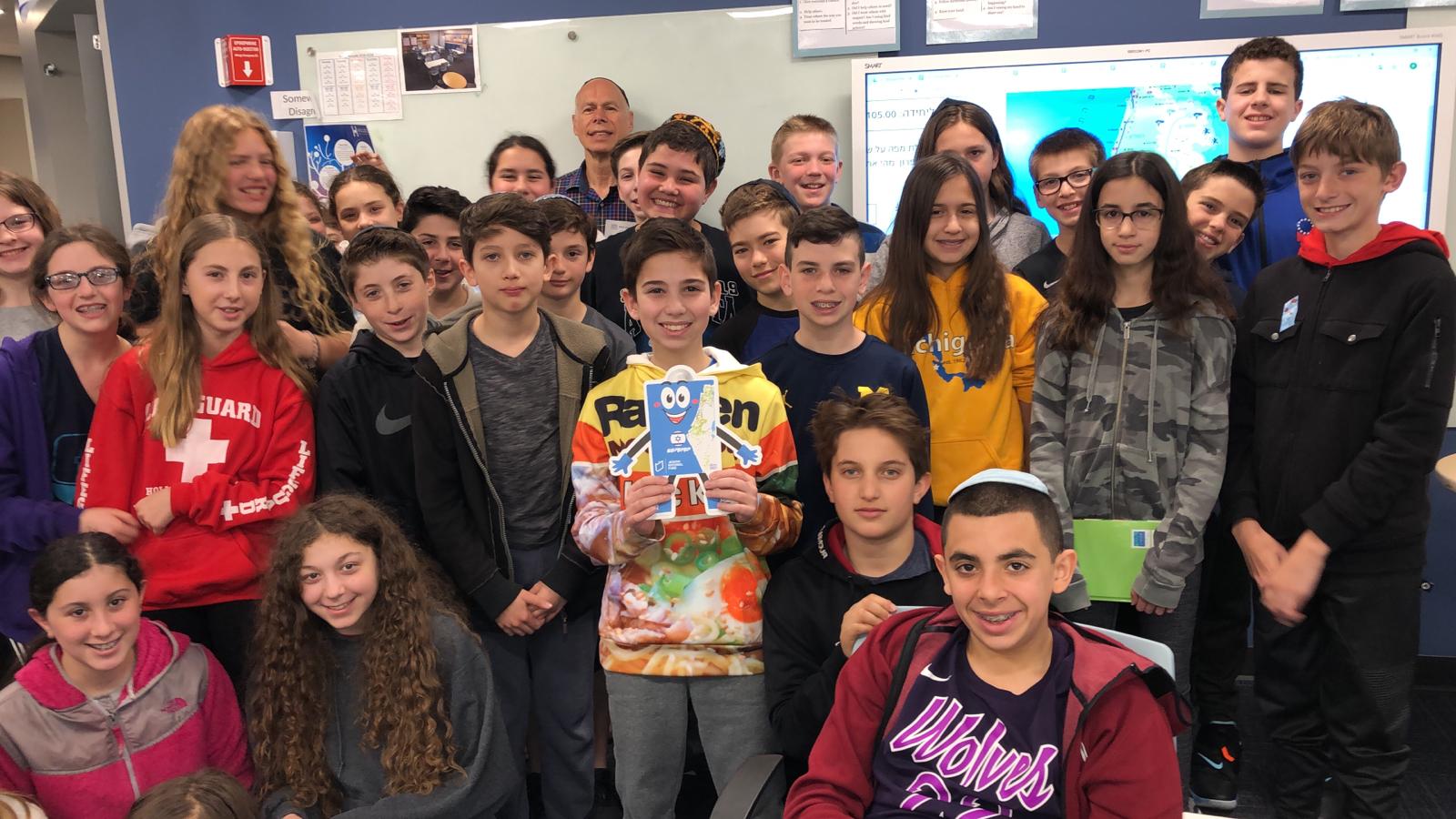 “Who knows where Jerusalem is?”

“Who knows where camels live?”

“Where can you take a cable car to the top of a mountain?”

These are just a few of the questions we asked on a recent camp visit. These trips bring Israel and Jewish National Fund to life through an incredible array of activities for campers young and old.

One of the challenges we presented younger groups with was identifying cities and important sites in Israel. Campers were given a set of facts and were tasked with matching the information with the relevant location.  Once each place was identified, we discussed the history of Israel and the connection to Jewish National Fund. We also spoke about studying abroad at Jewish National Fund’s Alexander Muss High School in Israel (AMHSI-JNF) and gave away AMHSI-JNF swag to each camper.

For older campers, we focused on JNF’s role in bolstering Israel’s water economy through the development of alternate sources, including wastewater recycling for agricultural use, drip irrigation, and desalination. Using a large map, we pointed out Israel’s major water sources, and how this commodity is piped around the country. At the end of the lesson, we played some games with the campers, and wrapped up the day by discussing educational opportunities in Israel with AMHSI-JNF. All in all, it was a great day!

Sign Up Now for Your Tu BiShvat in the Schools Materials

JNF’s Tu BiShvat in the Schools program provides educators with Tu BiShvat activities, resources, and programs to teach students about the spiritual and environmental significance of the holiday.

This year’s updated program and curriculum is centered on how we make the desert bloom. This idea has been used since the early pioneers of the 1900s. JNF has taken a region with very few natural resources and turned it into one of the world’s largest agricultural exporters. Students will learn about these achievements and participate in classroom experiments to understand how these larger concepts work in real life. We also include a poster showcasing the major changes in the desert throughout Israel’s history.

The two-week curriculum begins on Tu BiShvat and is divided into three sections:

There is no cost for the program, however, we do expect schools to hold a tree planting campaign, encouraging students, classrooms, and families to plant trees in Israel. To receive our materials, please email Eliana Dalfen, Project Coordinator, at [email protected] with the number of students in your school and the number of classroom posters you need. The deadline to sign up for your materials is September 28, 2019.

It gives a new meaning to the lessons being taught...

Reaching the halfway mark at HSI has really made me realize just how quickly this program moves. I genuinely remember the way I felt on the first day, as if it was yesterday, and I'm shocked at just how much I've changed since then. In class, we have finally moved on to the segment that focuses on Judaism and Zionism within the past 1,500 years. These are some of the most interesting lessons we can learn, because they are relevant to us and our practice of Judaism. We’ve recently begun learning about modern Judaism and the topic of Zionism. Over the past week and a half, we have taken many significant trips around the country. This has given me a chance to witness the history I’ve learned about but could never imagine experiencing. I'm also seeing the way Israel continues to develop and incorporate itself into the modern world. It’s interesting to learn about the beginnings of Israeli society while being able to physically see the kibbutzim that are still functioning today. This is the first time that I have ever been taught in such a manner, and I feel very fortunate to have this opportunity.

Alissa Hartnig currently serves at the Israel Programs Admissions Director for New York City and Westchester County. Before moving to New York, Alissa worked for Jewish National Fund in Seattle, WA. Born and raised in Atlanta, GA, she first fell in love with Israel as a participant of Alexander Muss High School in Israel (AMHSI-JNF). Her time at AMHSI-JNF started what would become a passion for travel, Israel, and Jewish leadership. In her free time, Alissa loves hiking and exploring the city in her search to find New York’s best vanilla latte. Alissa can be reached at [email protected] or at 212.879.9305 x246.