Summer is winding down, and that means preparing for the new school year that is ahead of us. Whether your classroom will be virtual or in-person, Jewish National Fund’s Education department is here for you and your students’ needs. This may include programming for virtual 9/11 ceremonies, classroom activities relating to Judaism and Israel, and more!

If you need any support in your classroom—virtual or in person—the Education team is here for you. Contact us at [email protected] with questions, or just to connect.

We wish you a very sweet, happy, and healthy Shana Tova. 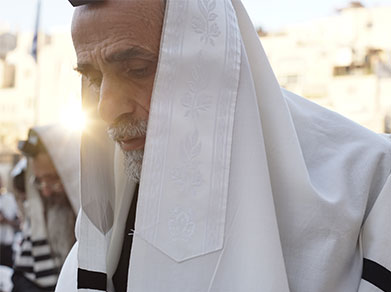 As we begin a new school year at AMHSI, I find myself asking what my main goals are for the year. What do I want my students to get out of their journey through Israel?

Perhaps I shouldn’t be too surprised that the answer can be found in a Torah portion we read annually, right around the time everyone goes back to school.

In Parshat Ki Tavo, Moshe continues his swan song to the Jewish people, focusing on laws they will need to obey once they enter the Land of Israel.

The first law Moshe lays out is that when a farmer’s first fruits ripen, he must bring them to the Kohen, place his basket down and stand before him and say “'I have declared today, before G-d, your G-d, that I have indeed come to the land that G-d has sworn to give to my forefathers.”

Rabbi David Fohrman points out that the opening of this verse seems to be grammatically problematic. When the farmer says, “I have declared today,” what exactly is he talking about? He hasn’t declared anything yet; he is just standing there talking. Maybe he should say “I am now declaring” or “I will declare,” but the past tense seems wrong here. Rabbi Fohrman continues to ponder this narrative, as the continuation, for no apparent reason, sees the farmer then recite a mini version of Jewish history: “And thou shalt speak and say before the Lord thy G-d: 'A wandering Aramean was my father, and he went down into Egypt, and sojourned there, few in number; and he became there a nation, great, mighty, and populous…And the Egyptians dealt ill with us, and afflicted us, and laid upon us hard bondage…And the Lord brought us forth out of Egypt with a mighty hand, and with an outstretched arm, and with great terribleness, and with signs, and with wonders…And He hath brought us into this place, and hath given us this land, a land flowing with milk and honey…And now, behold, I have brought the first of the fruit of the land, which Thou, O Lord, hast given me.' And thou shalt set it down before the Lord thy G-d, and worship before the Lord thy G-d.”

What exactly is going on here?

Rabbi Forhman extrapolates that if we are told that the farmer stands before the Kohen and then says, “I have declared,” then the logical explanation must be that his very presence before the Kohen is a declaration of some kind.

The next clue Rabbi Forhman points to is the way in which the land is referred. The farmer doesn’t just call it “the Land of G-d” but rather “the land that G-d has sworn to give to my forefathers.”

A long time ago, G-d promised our forefather Avraham that we would make us a great nation in our land. Then this promise went unfulfilled for generation after generation. In fact, when the Torah ends (just a few weeks after this portion is read), the promise is still unfulfilled.

The promise isfulfilled only when we meet this simple farmer who has just gone into the Land for the first time.

And so, this is the declaration. The farmer’s very presence before the Kohen in the Land of Israel is the declarati, a declaration that G-d has kept his promise. But it is more than that. In addition to recognizing that G-d has kept his promise, it is also an understanding that this little farmer is just as important to the story as Avraham, Moshe, or anyone else. This is also why he must then recite a Cliff Notes version of Jewish history. He does this to make it clear that he understands that he is not standing alone but on the shoulders of every other Jew who came before him.

This is exactly what I want my students to understand in their time here. I want them to understand and be proud of the fact that their presence in the Land of Israel in 2020 is a declaration. I hope to impress on them the idea that we are all a continuation of the chain of Jewish history that has spanned thousands of years and that their place in this story is just as important as every other Jew past, present, and future.

9/11 Living Memorial - Participate with us this year on Zoom! 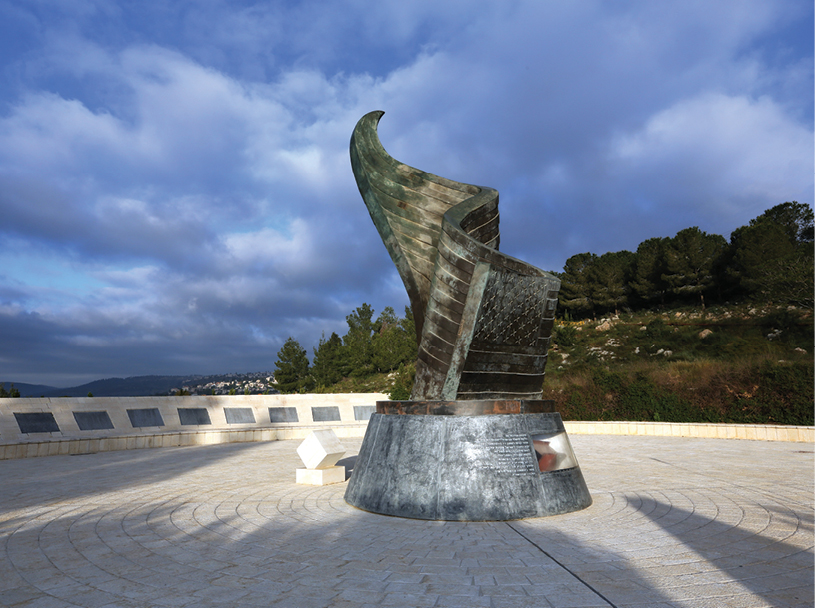 Jewish National Fund built the 9/11 Living Memorial in the foothills of Jerusalem in 2009 to eternalize the memories of those whose lives were lost during the attacks of 9/11. Thousands of foreign visitors and Israelis visit the memorial each year to pay their respects. Each year, the members of the JNF education team partner with local religious schools, day schools, and youth groups to honor local heroes in their communities. If your school community would like to participate in a Zoom ceremony to honor your local firefighters, please email [email protected] by September 3.

“This special monument in Jerusalem is a testament to the deep connection between the State of Israel and the U.S., and it is the only place outside the U.S. that recognizes the names of all the people killed on 9/11,” said Edward Blank, a member of Jewish National Fund’s National Board of Directors, who donated the memorial.

The 9/11 Living Memorial was designed by award-winning Israeli artist Eliezer Weishoff and is a 30-foot high bronze sculpture of a waving American flag that morphs into a memorial flame resting on a gray granite base, which includes a metal beam from the original Twin Towers. The memorial emphasizes the monument’s importance in serving as an everlasting symbol of the shared values of peace, religious tolerance, and democracy between Israel and the U.S.

We Have a New Look! 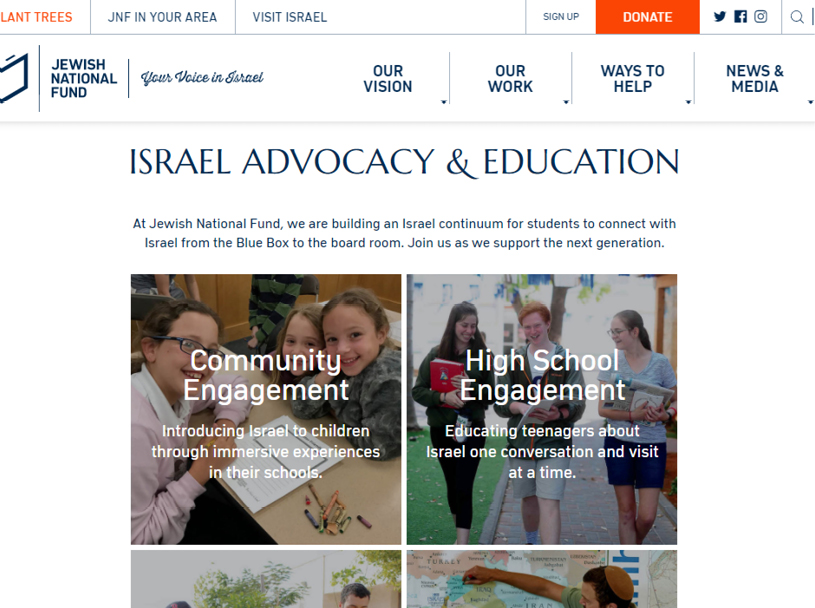 Visit jnf.org/education to see our new look, as well as our many programs and resources we offer to students and educators. 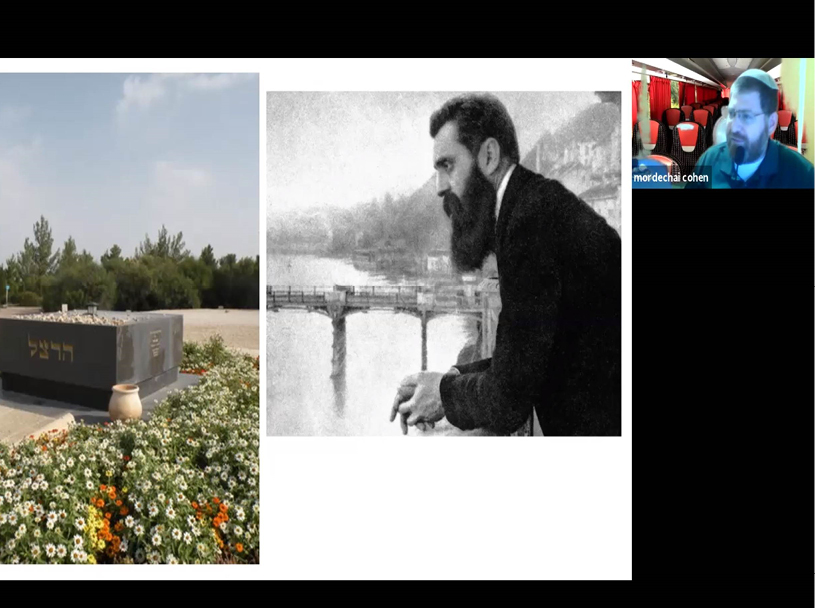 18 educators traveled with JNF to Israel on a virtual mission in July. If you missed the bus, don’t worry—we recorded it!

If you were unable to join us live July 13-17, 2020 for our virtual Jewish educators tour you can now get check out the recording. Watch Day five of our tour and recap of Day 4 here. (password: 9o=&&0!+). We plan to return to Israel in person for the Educator’s Mission in Summer 2021. Join our interest list and be the first to know when registration opens.

Alexander Muss High School in Israel (AMHSI-JNF) is excited and ready to reopen its doors for the Fall semester! On September 2, AMHSI-JNF will welcome about 100 kids to its Hod HaSharon campus, some participating in the Fall semester, October Mini-mester, and AMHSI’s new study abroad gap semester program, Frontier Israel. Campus will follow strict COVID safety precautions, including a 14-day quarantine and mandatory mask wearing, to keep its students safe and healthy.

Join us on Zoom September 16 at 8pm EST to learn about a new grant for Russian Speaking Jewish Teens to spend a semester at Alexander Muss High School in Israel. You can read more information about this grant and our semester abroad program by visiting our website here. 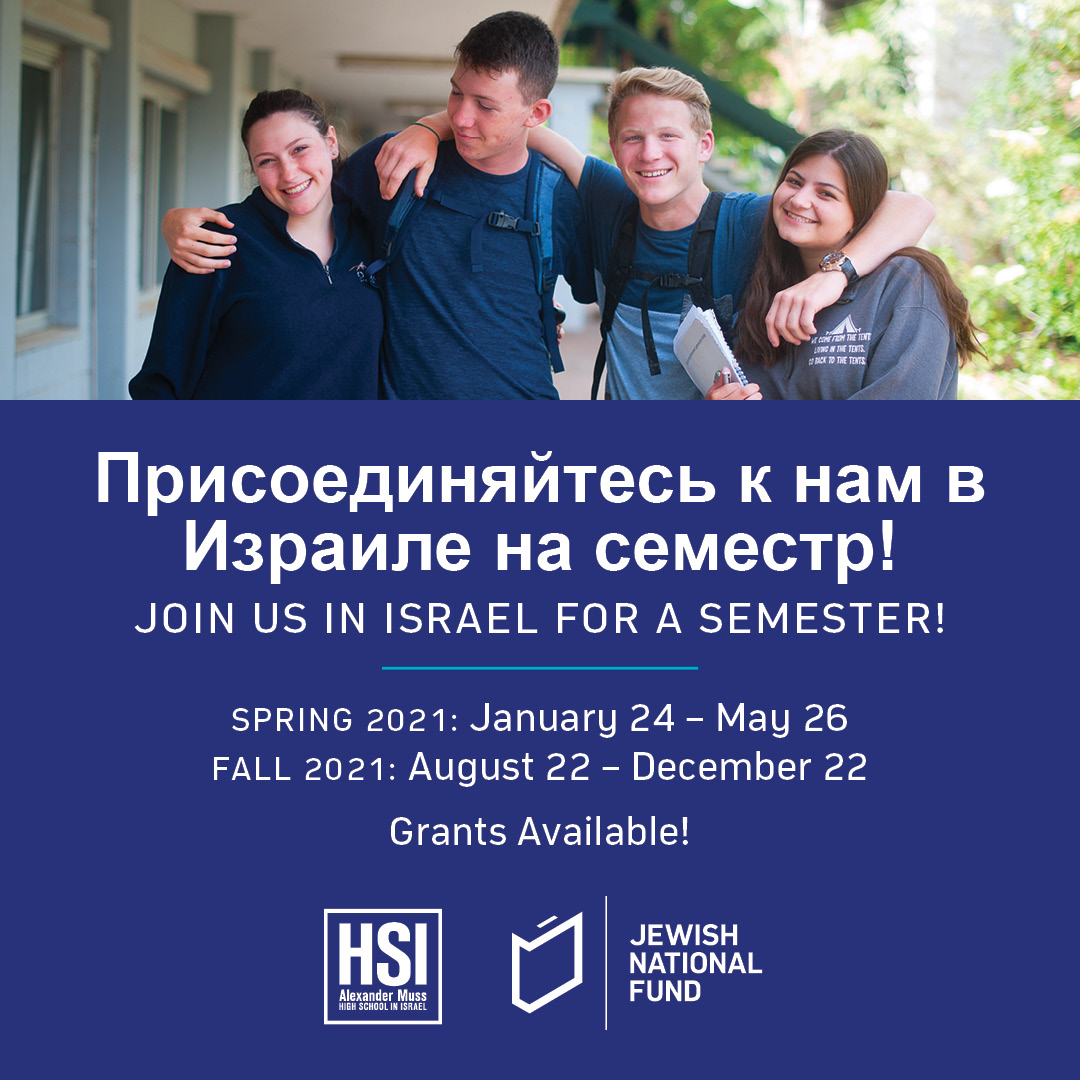