It's October, which means Tu BiShvat is just a few months away! Jewish National Fund’s Israel Advocacy and Education team has been busy preparing boxes to send out across the country for our annual Tu BiShvat in the Schools project. This year’s program is called “The Trees in Your Neighborhood,” and each box is full of engaging activities that you can send to your students’ homes if your classes are online, or complete together if classes are in-person.

This year, for the first time ever, we’re offering educators a Premium Tu BiShvat Box. For a suggested donation of $180, the Premium Box includes personalized letters to parents, 30 Be Inscribed certificates, priority access to the JNF Educators Mission, $100 off a JNF Virtual Tour of Israel, and more!

It's not too late to request either kind of box! Email us at  [email protected] to place an order for this year’s Tu BiShvat in the Schools materials.

Noach: Too Righteous or Not Enough? 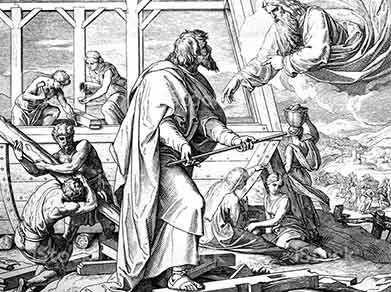 In the very beginning of this famous Torah portion, the namesake Noach is described as the following:

This is the line of Noah. —Noah was a righteous man; he was blameless in his age; Noah walked with God. (Genesis 6:9)

Let's start with this question: What could it mean "Noach walked with God?""

God gives specific instructions on the materials and specifications for the ship.

Noach follows them to build this ship perfectly.

Then God says: gather pairs of animals, (and seven pairs of clean animals) and get them all into your ship…on three different floors.

In this way, Noach “walks with God.”  In fact, later in the Bible, the prophet Micah reminds us how important that trait is:

"He has told you, O man, what is good, And what The ETERNAL requires of you: Only to do justice and to love kindness, and to walk modestly with your God" (Micah 6:8)

And Noach does just that: He walks with God. Noach obeys and had faith. But is that enough?

The interpretations of this text are mixed on its evaluation of Noach who was "righteous and blameless in his generation."" The Tanchuma, (a collection of midrashim/investigations) says that this description can be interpreted both to Noach’s benefit and deficit. Was he only righteous because the people around him were cruel and had exhibited truly hateful behavior? Or was he righteous in spite of all those who surrounded him?

There is ample argument that the first, or less positive description of Noach, holds true, even if we look back at the text from Micah. It's not just "walking humbly with God" that Micah is most vocal about; first, one must "do justice and love kindness." And the fact is that Noach didn't do anything to help his fellow humans to correct their behavior, nor did he bargain with G-d not to destroy the earth with 40 days and nights of rain. He followed God's command, but he wasn't much for doing justice or loving kindness.

Living our life in a way that helps others by showing justice, love, and kindness are good examples of how we can live in G-d’s image. One thing I see every day in my work with JNF is that Israel is full of people who care about justice and love. I want to highlight the work JNF does with the IDF and the Special in Uniform program. Special in Uniform was founded to give everyone a right to fulfill their potential and be accepted into society, regardless of any disability. Many young adults with special needs participate every year and are trained, contributing members of the IDF. Doing justice, and loving kindness, and walking with God. I hope that we all can incorporate these three values in our future. 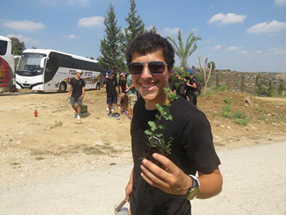 This year’s Tu BiShvat in the Schools program is called “The Trees in Your Neighborhood” and our box is full of amazing activities that can be done from home or from school! Below are a few highlights of what you can do with the activities in the box:

· Help students understand the specific value we get from trees

· Deliver an interactive program consisting of videos, questions, and activities that can be accessed wherever you will be teaching

To request your box please email us at: [email protected].

The Sababa Fellowship is a 22-month-long leadership program for 9th and 10th graders. Designed for teens interested in community service, the Fellowship develops their leadership and communication skills. The first year focuses on building skills through training sessions and webinars. The second year is dedicated to mentorship of the first-year Fellows and leadership seminars. Fellows will travel to Israel on the Roots Israel Service-Learning Trip in Summer 2022. 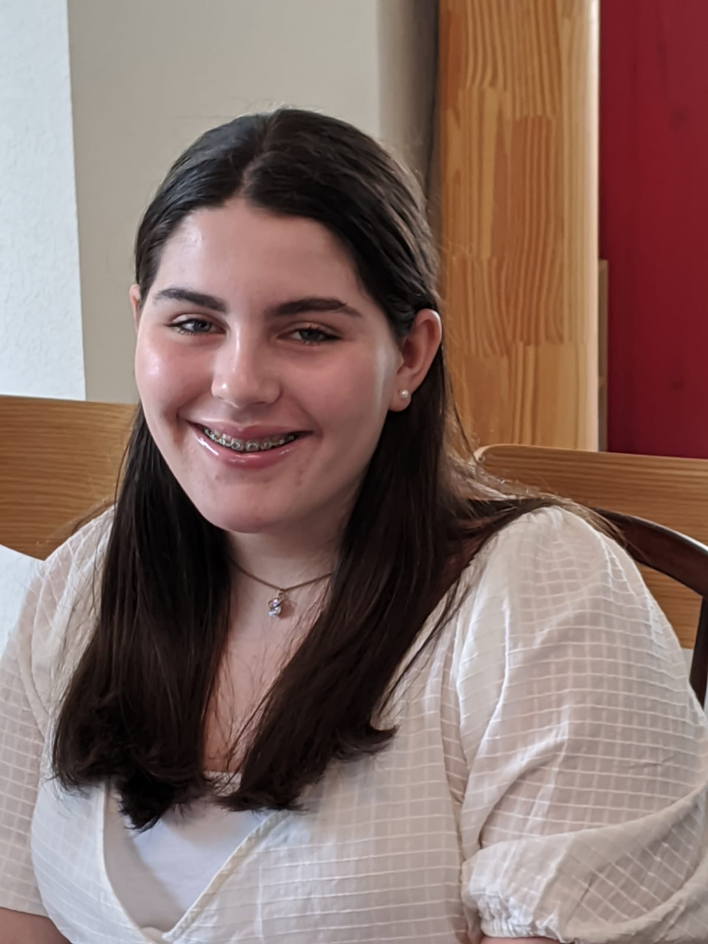 “I am very excited to be a part of this fellowship. I have had an interest in Israel, Israeli culture, and volunteering in communities in need for many years. The Sababa Fellowship is the perfect opportunity for me to pursue all of these interests at once.” 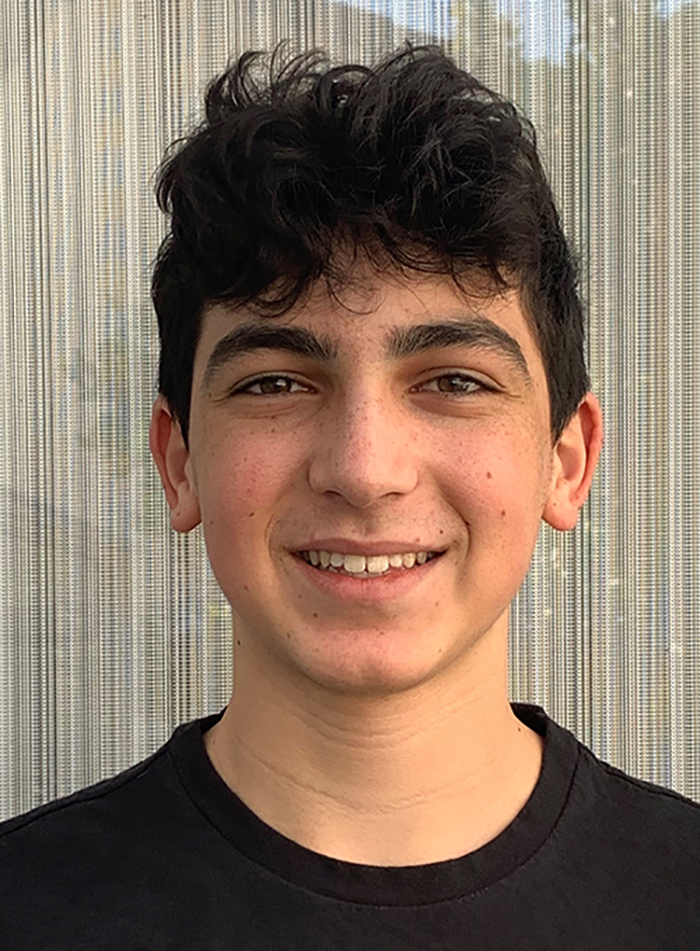 “I am excited to be a part of the Sababa fellowship because I really enjoy helping others and making a difference. I am looking forward to the experience and broadening my horizons.” 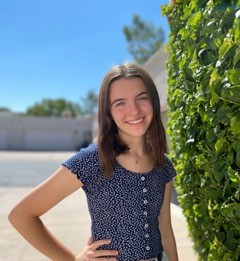 “I am excited to be a part of the Sababa Fellowship because it is going to be a great way to develop my leadership skills, meet Jewish teens from across the nation, and participate in community service while on a once in a lifetime trip to Israel. The next two years will change my life in so many positive ways.” 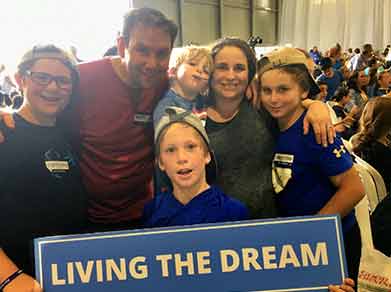 “I want students at AMHSI to work hard joyfully,” said Dr. Mark Shinar, the new head of school at Alexander Muss High School in Israel. Dr. Shinar began his role on August 1, 2020 and brings with him over 20 years of experience in the Jewish education sector. I was lucky to spend a few minutes chatting with Dr. Shinar about his position at Muss, his family, and his hopes for the future. Read on to learn more or click here to read the JNF press release.

When I asked Dr. Shinar how he got his start in education, his answer was somewhat unorthodox. “I began my career in education after working and growing into a leader in the Jewish camping world. “When I was 23 years old, I made a phone call after hearing about an opening at SAR Academy for an assistant teacher, but the teacher I was supposed to be helping did not return and suddenly I had my very own 7th grade English class.” Over the next four years, Dr. Shinar taught 5th and 8th grade English and General Studies at SAR.

At the age of 27, and on the recommendation of trusted colleague, Dr. Shinar applied for the position of Principal at The Oakland Hebrew Day School (OHDS). The folks at OHDS heard that he was an incredible teacher with big ideas and a passion for continuously evolving and growing. “I applied for the role and thought, at the very least, I will enjoy a nice trip to California,” said Shinar jokingly. Well, that trip to California turned into a successful, multi-year career in Oakland. “They loved my energy and believed in my vision, so they took a chance on hiring a younger candidate. I was kind of surprised, but very excited and ready for the challenge,” Shinar explained.

After six years in Oakland and a growing family to show for it, the Shinars returned to their New York roots so that Dr. Shinar could take on the role of Director of General Studies at SAR High School. Running a high school was another challenge that Dr. Shinar wanted to tackle and returning to New York was the perfect fit. “I thought I was going to retire at SAR; it was my home, where I first developed my love for education,” explained Shinar.

As we know, change is inevitable, and after eight years of growing and developing the high school at SAR, an opportunity came along that Dr. Shinar and his family couldn’t pass up – a position as the founding Principal of a brand new, private English immersion school in Israel. So, with much anticipation and hundreds of pounds of luggage, the Shinar Party of six made Aliyah in 2017, and Dr. Shinar began his new job.

After founding the school, another wonderful opportunity caught his eye: Head of School at Alexander Muss High School in Israel.

Dr. Shinar believed that his expertise and leadership would be extremely valuable to AMHSI, and he was right. His first few months at AMHSI have been spent meeting with the team, understanding the programs, and working tirelessly to bring almost 100 kids to campus this fall. Dr. Shinar and the team have big plans for the school’s future, including some great new programs, specifically for Summer.

“Our job as educators is to pay attention to best practices, learn from the thought leaders, and remain committed to our mission,” said Shinar. With over 100 students on campus now, Dr. Shinar and the team are busy focusing on how to lead a safe and rewarding program during Covid.

Dr. Shinar has taken on his new role at AMHSI with a contagious drive and energy that is much needed during this time. His hunger for the school’s success is apparent in every word he says, as he speaks with thoughtfulness and care. “I want every student who spends time at AMHSI to feel that they are a part of our family, our culture, our history and most importantly—our future,” said Shinar.

Speaking of the future, it’s bright for AMHSI. Be on the lookout for information on a new Summer travel program in Israel. If you know a student who would love to spend six week in Israel this summer, contact Rabbi Greg Litcofsky at [email protected]. 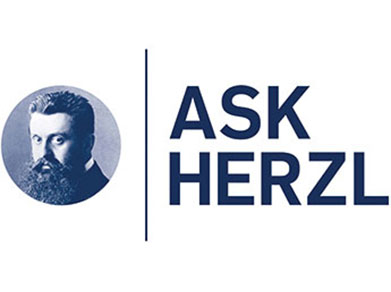 JNF’s Israel Advocacy and Education department is excited to announce our new online educational resource database: Ask Herzl. This collection of educational content provides you and your classroom with downloadable lesson plans, activities, workbooks, and more about Israel and Judaism. From subjects on Yom Ha’azmaut to irrigation in Israel, this ever-growing database will serve as a hub for Jewish educators when they’re in need of creative lesson plans, and will eventually grow to become the premier resource tool for Jewish educators. Be on the lookout for more materials, as well as a video library coming soon! Visit the database at: jnf.org/askherzl.

We invite educators and organizations to contribute educational materials for all ages to Ask Herzl. Be a part of this exciting project by sending your materials to us in a Microsoft Word document to Rafi Glazer at [email protected].