14 of the most unique ice cream flavors in Israel. Hummus anyone? 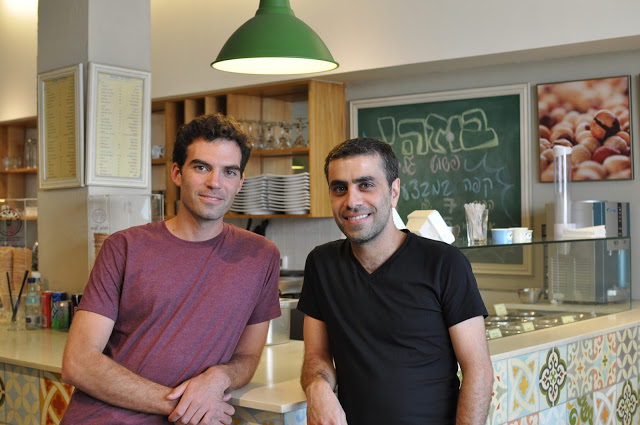 As part of our #JNF #SummerLovin series, we take you to an ice cream shop with a sweet backstory and some of the more unusual flavors you'll come across in Israel -- or anywhere. Have a lick!

It’s official. We've found some of the most uniquely delicious ice cream in Israel, and it's in Ma'alot-Tarshiha, up north in the country's scenic Western Galilee.

Friends Adam Ziv and Alaa Sawitat, a Jewish kibbutz resident and an Arab Muslim, co-founded Buza, the insanely delicious ice cream shop with spectacular flavors, whether they're in a cup, a cone, a mini-cone, or on a stick. Filled with gorgeous, vibrantly colored Moroccan-style tiles, Buza has a friendly, welcoming atmosphere and is the perfect place to be on a hot Israeli summer day.
The ice cream shop began as a dream when Ziv was traveling around the world, exploring the Canary Islands, Italy, the Cape Verde Islands, and the United Kingdom. He worked in ice cream shops while abroad and returned to Israel with the drive and motivation to open his own. In search of a partner to go on this adventure with him, Ziv mentioned the idea to Sawitat -- who also owns the gourmet bistro Aluma up the hill -- and says Sawitat's eyes sparkled at the thought. After partnering with Sawitat, Buza was born, becoming a model of co-existence and a destination for Jews, Muslims, and Christians to gather and enjoy a scoop of ice cream year round.

At Buza (which translates to "ice cream" in Arabic), Ziv likes to explore new flavors and often refers to his experience making ice cream in Tuscany, Italy, as well as other countries he’s traveled to.

Some of his flavors are quite eccentric and may make you question what you’re ordering, but after one taste, you’re hooked. From smooth sorbets to chocolaty delights, there's something for everyone in this unconventional shop. It's definitely worth the detour to head up to the Western Galilee.
If you can't make it to the Galilee, no need to worry. The young entrepreneurs have other Buza locations in Tel Aviv, the Gome Junction in the Hula Valley, and on Kibbutz Sasa. The Tel Aviv branch, a recent addition, mimics the aesthetic and atmosphere of the original shop. The Kibbutz Sasa location offers an ice cream workshop where participants learn how to make homemade ice cream.
Keep in mind that some of Buza's flavors are seasonal, so they change, but the shop usually has 24 flavors on any given day. We highly suggest checking Buza out to see what new flavors they come up with.
Think you know ice cream? Scroll through our list below of some of the most unique flavors in Israel, and then tell us some of the most unusual flavors you’ve tried in the comments!