Festival connects Israelis of all backgrounds with a traditional Christmas 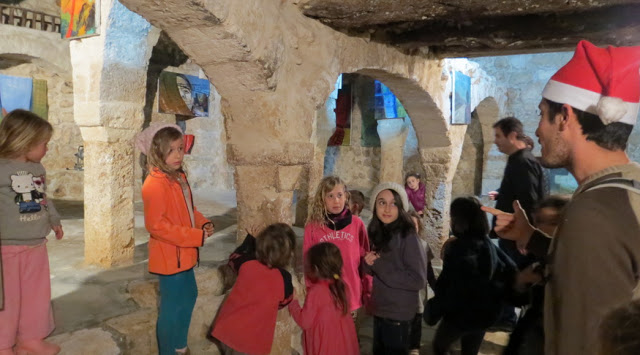 Hundreds of Israelis headed north this week for a taste of something they don't usually get to experience -- a traditional Christmas in the Western Galilee. Despite chilly temperatures and drizzling rain, nearly 700 people flocked from all over the country for the fourth Western Galilee Now Winter Festival to see how their Christian neighbors celebrate.

Tour guide Amnon Gofer, who led a geopolitical tour through the Arab city of Tarshiha, said Israelis are driven by a deep innate curiosity. "It doesn’t say in the Torah 'sit and learn,'" he said. "It says 'go and learn.'"

Rinat Adler, who moved to the Western Galilee five months ago from Tel Aviv, joined a walking tour in the Arab village of Kafr Yassif. Villagers "pampered us with holiday foods," Adler said, adding that the visit was packed with "bread with a taste of paradise, fascinating stories about Christmas, and about life in the village."

Gofer also led an evening tour featuring holiday lights and a historical church in Tarshiha. “There are many unfamiliar visual elements," he says. "It’s a beautiful display." 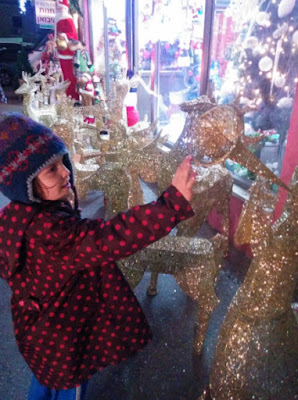 This comes as a surprise to most Israelis, Gofer says, since most Jewish celebrations take place indoors. "Christian holidays are very external, very outgoing." Though a white Christmas is rare here, Adler felt deeply moved, walking "around the village houses, the smells, the colors, the decorations, bright and colorful shops, and the beautiful church."

Participants met with a local priest who answered their questions on the history, symbolism, and significance of everything from the decorations and lights to Santa Claus. “It transcends politics,” Gofer said. “It’s a meeting of different cultures.”

Despite Christianity’s deep roots here, most local Arabs are Muslim, but Christians and Druze are each a strong minority in the area.

“This is life in the Galilee,” says Michal Shiloah-Galnoor, CEO of Western Galilee Now (WGN), which organizes the winter festival. "Most people think about one thing when you say ‘Arabs,’ but actually, Druze are very different from Muslims, who are very different from Christians. That’s why learning about your neighbors and their holidays is so important.”

The Western Galilee, which stretches along Israel’s Mediterranean coast north and east from the ports of Haifa and Akko, has experienced rapid tourism growth in the last four years thanks to WGN, a grassroots collective of local businesses which is partly funded and supported by Jewish National Fund (JNF) and its Go North initiative. In 2015, the area was featured for the first time in "Fodor’s Guide to Israel." (To see more gems from the Western Galiliee, see our photo gallery below.)

Other festive experiences during the celebration -- always held on the weekend between Chanukah and Christmas -- included a sold-out Christmas meal in a local restaurant, where guests enjoyed a distinctly Middle Eastern take on the holiday, featuring dishes rich with local olive oil and a medley of seasonal vegetables created by Chef Roshdie Dakwar.

Attendance at this year’s winter festival jumped from 500 last year to 700 this year. Visitors sampled an assortment of cultural, historical, and culinary events, including glass and ceramic workshops, farm activities, and more.

Gofer loves sharing the region’s unique folklore, stretching back all the way to biblical times. It is said that in order to build the Temple in Jerusalem, King Solomon imported cedar wood from King Hiram of Lebanon. In return, he gave away 20 Galilee towns. 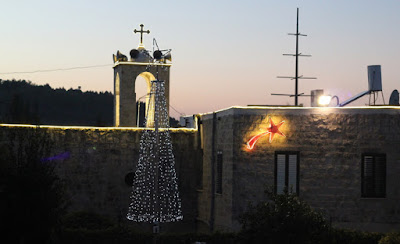 In the 1960s, Tarshiha joined with the smaller Jewish village of Ma'alot to create a joint municipal council, making the city a model of co-operation. Gofer’s tour also popped into Buza, a gelato shop run by two young chefs, one Muslim and the other Jewish.  Their flavors have spread throughout the country, along with their message of "coexistence on a cone."

"You can feel the atmosphere," visitor Gila Springer said. "You can learn more about the Arab population and see how they live, and you can smell and enjoy the food. They welcomed us openly. I felt very safe in Tarshiha."

"In America,” Gofer says, “Christians and Jews live in the same building. That doesn’t happen often here, so if I want to meet Arabs and learn more about their culture, I have to get up and go out to Jaffa or the Galilee. That’s a big difference.”  Driven by curiosity, Israelis did come, eager to learn, and more often than not, they discover their own heritage as well. Adler knew there were Christians, Muslims, and Druze in the area, but was surprised “to find that there was a Jewish community and an ancient cemetery where, according to tradition, the Ramchal [Rabbi Moshe Chaim Luzzatto] was buried.”

Christian pilgrims also flock to the region to explore the places where Jesus lived and walked, including Nazareth, Capernaum, and sites located around the Sea of Galilee.

“What do people want?” asks Gofer. "In the end, people want connections. Israeli society seeks ways to connect, and if they can’t do that through the political system then they will do it here, through learning about the holiday festivals."