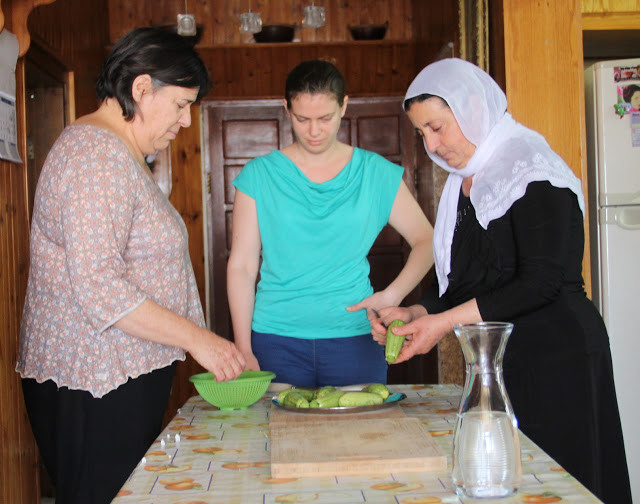 Many people get up in the morning and sigh to themselves, not particularly enthusiastically, "Another day of work ahead of me." I get up and say, "Wow, I can’t wait for another day at work." That’s because over these past four years I’ve been lucky enough to run Galileat, which organizes unique cooking workshops, hospitality, and culinary experiences in the homes of my Druze, Muslim, Christian, and Bedouin neighbors here in the Galilee. I simply love what I do.
When I started the program, I had my guests, both Jewish Israelis and visitors from abroad, in mind. I was happy to be able to show them a side of the Galilee that would otherwise remain hidden, while exposing the culture and culinary traditions of the area. What better way to gain an understanding of a country than spend a few hours cooking, shoulder to shoulder, with a local?

I didn’t imagine, however, the overwhelmingly positive effect this program would have on my hosts, particularly the women who facilitate the cooking workshops. Many of the hosts rarely leave their villages, let alone travel abroad. So when a guest comes into their home, the exchange of information is in two directions. Sure, the guest is interested in seeing Galilean village life, hearing about the culture, and having an authentic local meal. But that same host learns a little about life in Tel Aviv, New York, or Paris. The world is brought to them. And guest and host see what we all know but too often forget. We are all human and have far more in common with each other than we imagine. 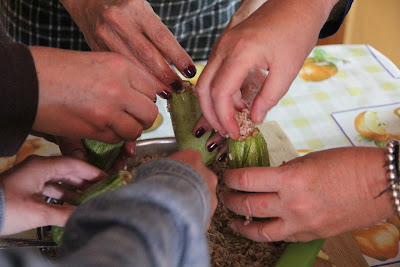 There is, however, an even more important result to this interaction, and that's the empowerment of the women hosts.

In traditional societies around the world, including Israel, often the husband works for the family income whilst the mother keeps house, raises children, and cooks. Typically these one-income families struggle financially and this is true of many of the host families I work with. Imagine the sense of satisfaction the women have when, by doing what they have done their entire adult lives, they can provide much-needed money to the family coffers. My hosts are proud, not only in presenting their culture and traditions to guests, but also in their ability to help bring income for their families.

Many of the women who host guests in their homes have little education, some not even completing 12 years of schooling. They often marry young and have spent their lives “only” (in their eyes) bringing up children, cooking, and keeping house. Suddenly, university professors, world-renowned doctors and high-ranking judges want to hear what they have to say. The pride and empowerment they feel goes far beyond the dollars they have earned. I will always remember the sight of my Druze host in Maghr village running to show her friends the photo of herself rolling vine leaves with the ex-Prime Minister of Australia. 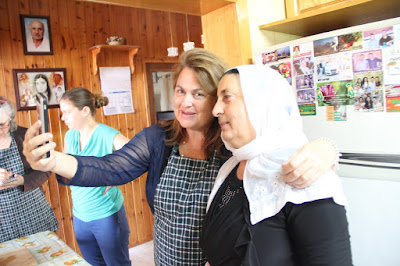 Not everyone has the opportunity to come to Israel and even those who do come often don’t have the time for a cooking workshop or home hospitality meal. JNF has so many worthy programs that you could come to Israel 20 times and not exhaust the options. With this in mind, I have decided to try to bring the recipes and stories of my hosts to the outside world in the form of a cookbook, The Galilean Kitchen.

Together with my co-author, Ruth Nieman, a London food journalist, we are setting out to showcase the authentic dishes of home cooks in the Galilee, together with their life stories. Local ingredients will be highlighted as well, as integral parts of the food and culture of Galilean village life. To finance the book, we have started a crowdfunding campaign on Indiegogo. I will be grateful to anyone who is willing to support us in our efforts to work with my neighbors in the Galilee and bring their fascinating stories and recipes to light.

So if you hear "an Australian chef, an English journalist, and a Druze housewife are sitting at a table" it's not the beginning of a joke. They’re just getting ready to tell the world a great story.
Paul Nirens has lived in the Galilee for over 30 years after making Aliyah from Australia. Trained as a chef, he is today the owner of Galileat, which operates cooking workshops and other culinary activities in the Galilee. His first cookbook “The Galilean Cookbook” will be released towards the end of the year. 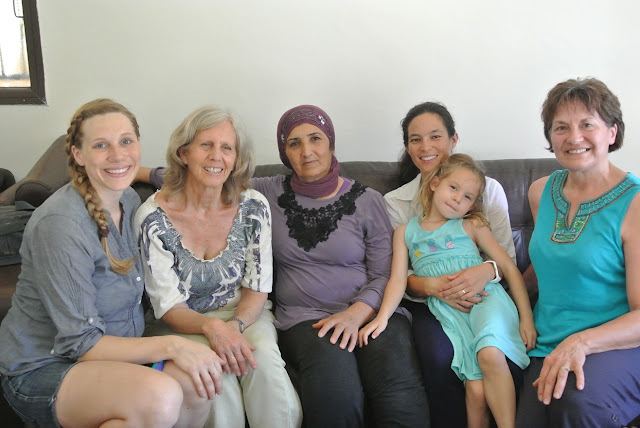