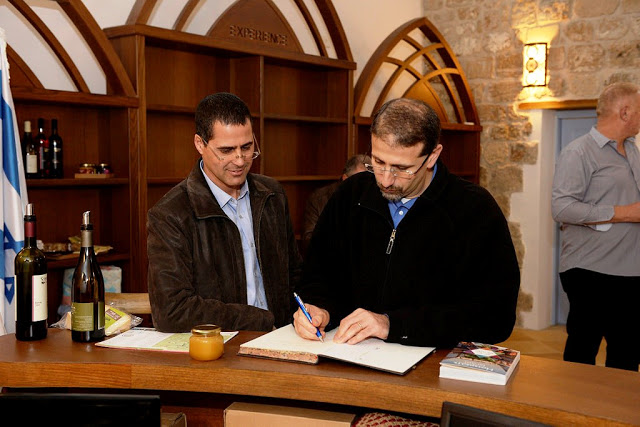 Daniel Shapiro, the U.S. Ambassador to Israel, paid a recent visit to the Jewish National Fund's new Western Galilee Tourist Information Center in Akko to show support for the organization’s efforts to increase tourism and employment growth in northern Israel. While in Akko, Shapiro praised the region’s multiculturalism and ongoing commitment to coexistence and "shared citizenship."

Ambassador Shapiro spent a day visiting with local authorities and others to discuss development in the region. His stop at the tourist center included tastes of local delicacies presented by representatives of Western Galilee Now (WGN), a grassroots consortium of more than 30 tourism-related businesses in the area, which is known for attractions like its picturesque wineries and sweeping views.

The tourist information center, poised to open next week, on March 8, was designed by local Galilee architect Ella Jungerman as a joint project of JNF and WGN to encourage tourists to explore the Western Galilee area beyond Akko itself. The centuries-old space in the heart of the old city was badly abused as a furniture shop, but is now clean and bathed with natural light reflecting from stone walls and a high, arched ceiling, with vivid bright blue trim to match other local buildings. (Look at these photos for a sense of just how far the center has come since construction started.)

The Western Galilee Tourist Information Center will be open Sunday - Thursday from 9 a.m. to 5 p.m. with special hours on Friday and Saturday. The center's website can be found at Westgalil.org.il and additional information can be obtained by emailing [email protected], or calling 04-601-5533.

During Ambassador Shapiro's visit, Jungerman presented him with an artist’s concept drawing of the center as a keepsake, along with a goodie bag for Shapiro that included memorable and delicious treats from several WGN member businesses around the region.

"It's very exciting," Shapiro said during his visit. "Especially here in the Western Galilee, [where] Jews, Arabs, and Druze all live together...opportunities to build shared citizenship where every Israeli citizen no matter what background they come from feels a part of it."