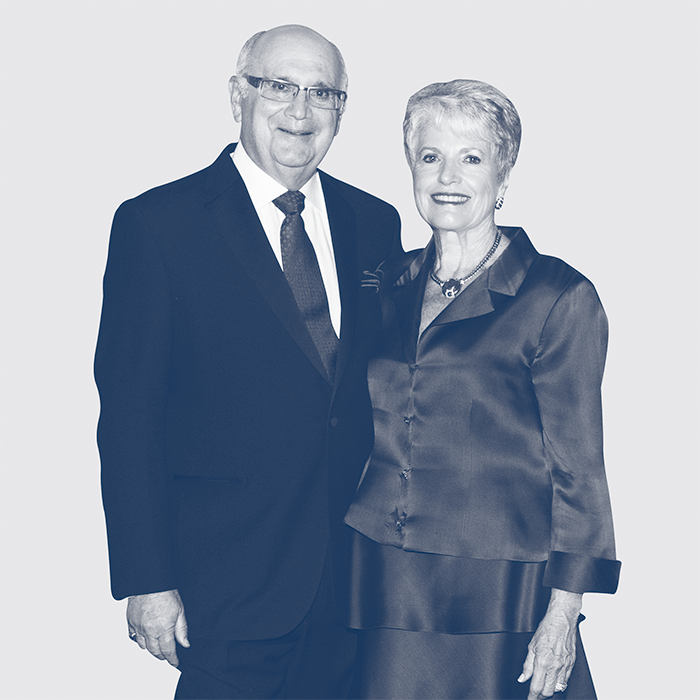 David and Edith Chaifetz became residents of Sarasota when they both retired in 2004. David was VP/General Counsel of Praxair, Inc., a global industrial gas producer and Edith was the founder and President of Brooklawn Travel in Fairfield, CT. Long-time supporters of various nonprofit organizations, David and Edith are the co-chairs of AIPAC in Sarasota-Manatee. In addition, David previously served as the Board Chair of the Sarasota Opera and is currently on the Boards of AJC and Sarasota-Manatee Jewish Federation while Edith is on the Boards of All Faiths Food Bank, Perlman Music Program Sun Coast and the Jewish Federation. They are grateful for the success in their careers and the opportunity to give back and enhance the quality of life in their community and beyond. They have three children and eight grandchildren.

Over the course of nearly two decades as Chief Executive Officer, Russell Robinson has succeeded in making Jewish National Fund one of the top-rated charities in the United States, and the leading organization for the land and people of Israel.

For this work, he was ranked 26th on the Jerusalem Post’s list of the world’s 50 most influential Jews and highlighted in the best-selling book, “The 24-Hour Turnaround: How Amazing Entrepreneurs Succeed in Tough Times”.

Mr. Robinson continues to travel to Israel monthly to ensure that the organization’s mission is more relevant today than ever before, as he oversees Jewish National Fund’s precedent-setting $1 billion campaign.