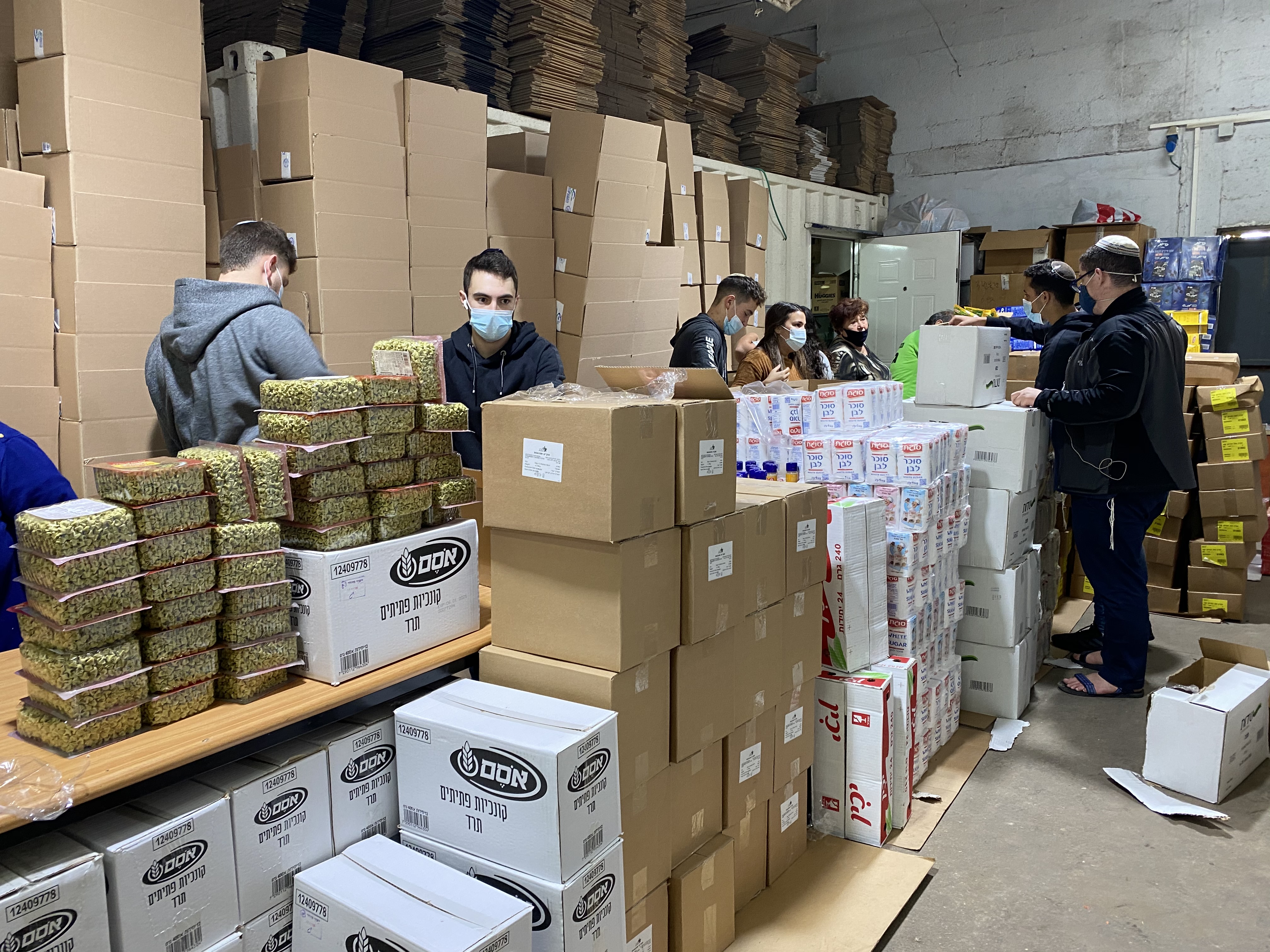 After a 30-year career as an officer in the intelligence corps, Avi retired from the Israel Defense Forces this past year. He lives with his wife and three children in Tzfat, where they moved 12 years ago. Although most of the time Avi served in Tzfat, his high IDF rank and many military responsibilities took up most of his time and demanded he be many places away from home.

When he retired just as COVID-19 broke out, he had a plan. He wanted to get involved with local tourism efforts and was considering turning his hobby of beer making into a money-making venture. Of course that completely changed when Israel went into lockdown, and he realized it would be awhile until tourists would be back in Tzfat tasting his creations.

Since he had so much time on his hands, Avi's wife encouraged him to get involved in the community. Although not part of the MAKOM community in Tzfat, he was well aware of what community members were doing to help the elderly, in-need families and high-risk individuals. After asking around, he was told that delivering food packages to families and individuals was what is needed most so Avi decided to devote his time to caring for the people in need in Tzfat.

Once a week, Avi fills up his car with packaged boxes ready for delivery. He picks up food made by a local caterer. And twice a week, he delivers these hot cooked meals to the elderly, needy families and individuals. He spends around four hours each trip going through the narrow streets and alleyways of Tzfat, focusing on how such kind-hearted individuals and families depend on these food boxes and meals.

There were a few incidents where he left food by the door, knocked and asked for the recipient to please not open the door because he wanted the high-risk elderly to not be exposed to any possibility of COVID. Once a Moroccan woman in her 90's who lived alone insisted on opening the door to thank the "angel" who always remembers to come twice a week to check up on her and see that she has what she needs since her children no longer live nearby. Experiences like these warm Avi's heart and remind him how much these community members are depending on him.

Over the past few months, Avi has gotten a few of his friends and neighbors to join with the deliveries after sharing how satisfying it is -- very similar to the feeling he had while serving his country for three decades. And he's sure he's spending retirement exactly as he should be -- serving the people of his hometown. And now he's certain that his homemade beer can wait to be brewed for a bit.

MAKOM Communities are Israel's modern-day pioneers who are creating positive change and building communities from within throughout the Galilee and Negev. Together with you through Jewish National Fund-USA, they are building a better Israel for all. For more information, please contact Shosh Mitzman, JNF-USA MAKOM Liaison.