One answer to crowding in central Israel: Go North! 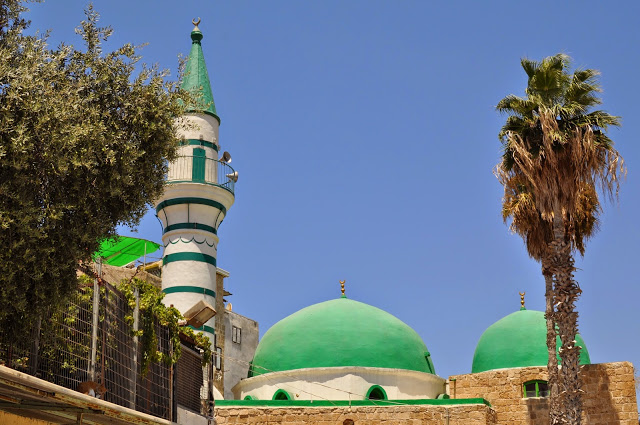 Israel's center is "imploding" from crowding and high living costs, according to Jewish National Fund Chief Development Officer Rick Krosnick. But tourism to the north will help take the pressure off by spurring economic development and encouraging population growth in another region.
While close to 80 percent of Israel's land area is located outside the center of the country, tourists typically spend only a few hours, at most, exploring beaches, museums, and historical and natural sites beyond Tel Aviv and Jerusalem, Krosnick said recently at the Go North Western Galilee Tourism Conference in the northern coastal city of Akko. The conference was co-sponsored by JNF and the Israeli Ministry of Tourism.
The challenge doesn't just lie in bringing visitors to the region, but in convincing them to stay longer to enjoy the area's rich historical sites, boutique artists, expert travel guides, and farm-to-table restaurants.
Since the Western Galilee is an easy drive from either Jerusalem or Tel Aviv, tourists usually arrive in the early afternoon and stay a few hours, spending little or no money in the region (bus tours often provide boxed lunches). Then they drive back.
Shimon Lankri, mayor of Akko -- a historic site along the Mediterranean that features ancient Roman, medieval Templar, and Ottoman fortresses and ruins -- described his city's development over the last 11 years. "Akko, the gateway to the Western Galilee, is transforming itself from a quick tourist stop into a destination,” he said. “Beyond a sense of history, a tourist-friendly city must offer great hotels, cafes, and restaurants."
Amir Halevi, of the Israeli Ministry of Tourism, added that "cultural events, such as the recent opera festival in Akko and dance festival in Karmiel, can act as magnets. But once tourists come, they must find quality, with municipalities and attractions promoting the entire north...as one big tourist site."
Tour guide Amnon Gofer shared an overview of area attractions, from eco-tourism and camping to markets, boutique wineries, and olive oil producers.
Identifying the region’s strengths and weaknesses at the conference was just the start for JNF, which will leverage its many relationships to build partnerships, pooling resources and data to create a unified approach to attracting more tourists northward. "We know we can’t do it ourselves," Krosnick said.
Many travel businesses and organizations in the region have so far focused on their own interests, Krosnick said, adding that that tack must change for the region to become the successful tourist hub it has the potential to be.
"If you ran a shoe store on a quiet street," asked Krosnick, "and then one day, someone else opened up a shoe store across the street, do you say, 'oy, oy, oy,' because you've got competition, or do you work together to make it something big -- ‘wow!’ -- where everybody benefits?"
JNF CEO Russell Robinson said JNF will support those willing to join in the cooperative effort, and work alongside local organizations and governments.
"What we intend to do here is create a whole new economy, give young people a place to make a life with a good job, a great place to live, and a strong future," Robinson said. "We have the full support of local governments here to develop the region for the benefit of all."
Cultivating local pride
Beyond tourism, the ultimate vision for the JNF Go North initiative is to bring 300,000 new residents -- current Israelis and new immigrants, or olim -- to live in the north within the next decade.
"The center is imploding... the average Israeli can’t afford to live there," Krosnick said. Per square foot, an apartment in Tel Aviv costs more than an apartment in Manhattan. Tourism will create new and better employment opportunities outside of the center.
"For the health and well-being of Israel,” Krosnick said, "we have to get the population to the north and the south. Local pride is an important first step. Despite the region’s significant landscape and historical features, people here say they’re living in the 'periphery.'"
Opportunities await
One local participant grew up in the center but spent so much time hiking in the north that it was easy to move there as an adult. She bragged of the region's Crusader landmarks, "People go to Malta to see a fraction of what we have here. There is so much opportunity waiting to be created."
JNF's Go North program mirrors the Blueprint Negev initiative in the south, which to date has brought 110,000 new residents to Be’er Sheva and the Negev as part of a plan to settle 500,000 in the coming decade.
"Our passion is to improve the quality of life for the people of Israel,” Krosnick said. "This is our country, too."
PLANT TREES IN ISRAEL